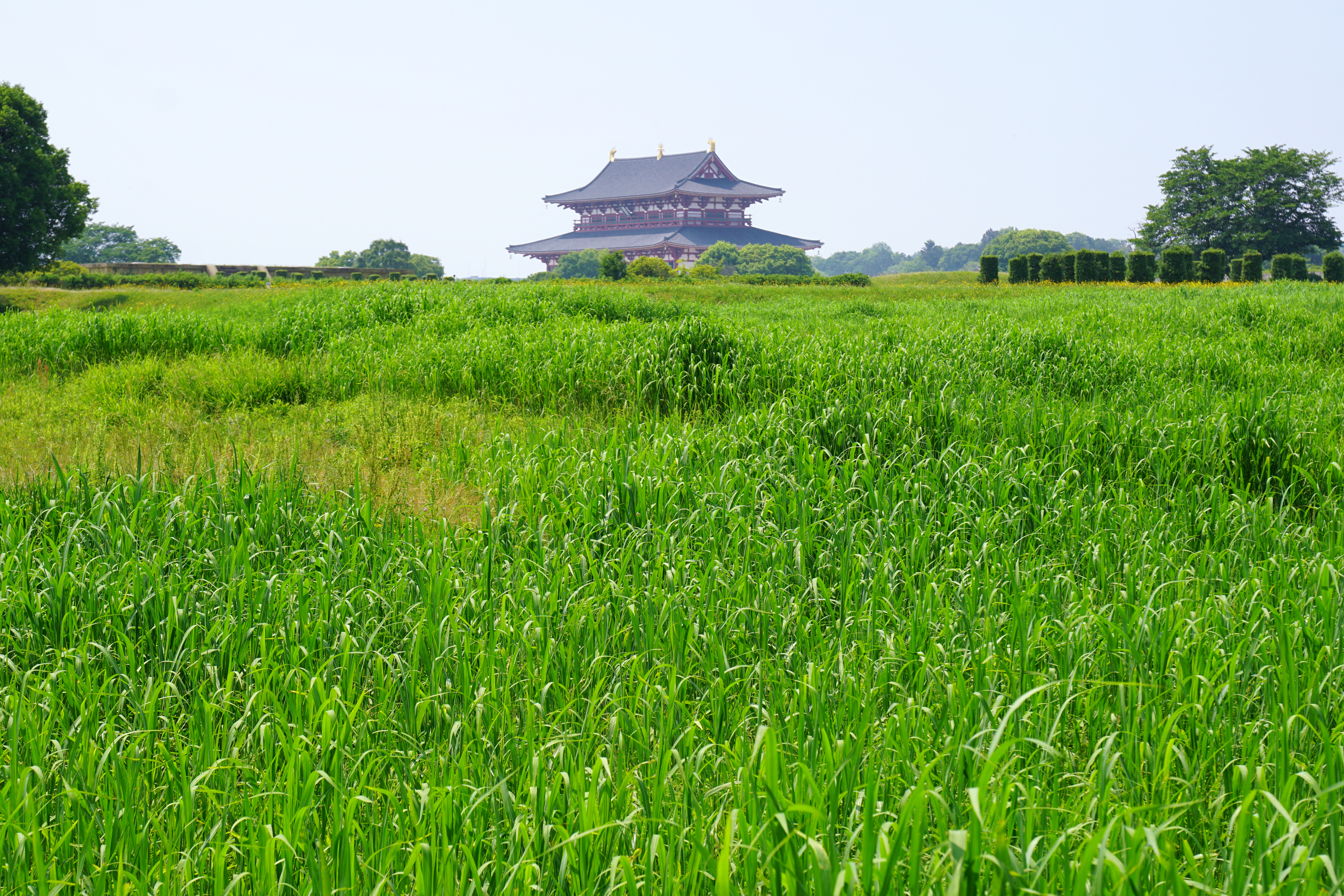 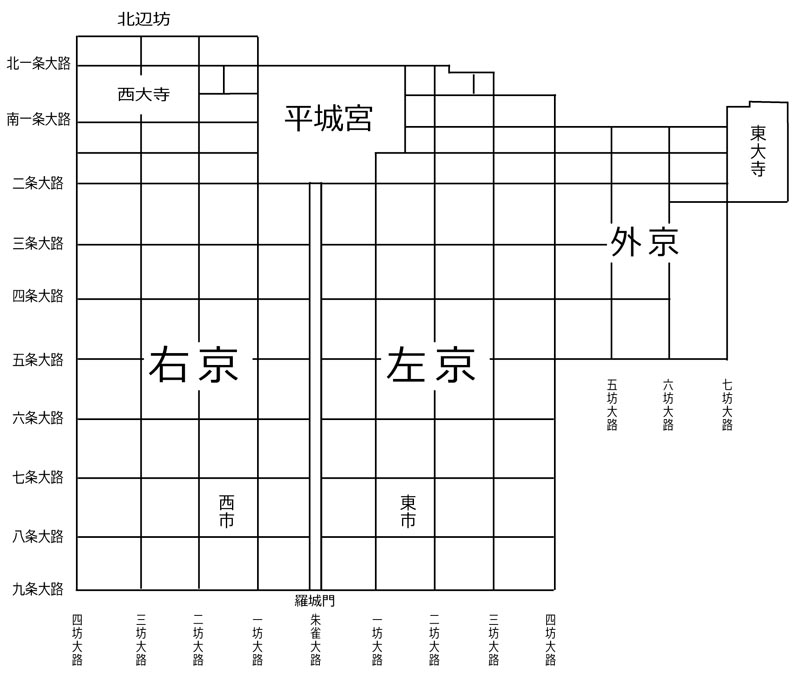 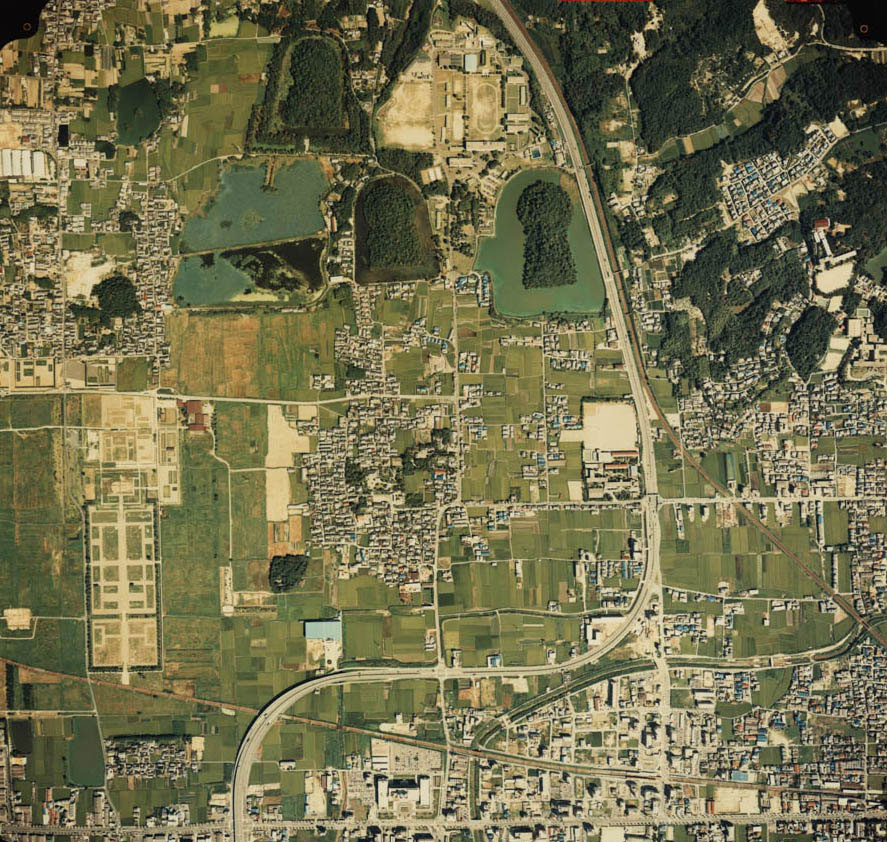 , was the Capital of Japan during most of the Nara period, from 710–40 and again from 745–84. The imperial palace is a listed UNESCO World Heritage together with other places in the city of Nara (cf. Historic Monuments of Ancient Nara). Empress Genmei ordered the Imperial capital moved from Fujiwara-kyō to Heijō-kyō in 708, and the move to Heijō-kyō was complete in 710. Heijō-kyō was modeled after Chang'an, the capital of Tang-dynasty China, although Heijō-kyō lacked walls. In the city, merchants and traders from China, Korea and India introduced various foreign cultures to Heijō-kyō through the Silk Road. As a result, Heijō-kyō flourished as Japan's first international and political capital, with a peak population of approximately 100,000. The overall form of the city was an irregular rectangle, and the area of city is more than 25 km2.