Hedy Lamarr (, born Hedwig Eva Maria Kiesler; September or November 9, 1914 January 19, 2000) was an Austrian-born American actress, inventor, and film producer. She appeared in 30 films over a 28-year career in Europe and the United States, and co-invented an early version of frequency-hopping spread spectrum communication, originally intended for torpedo guidance. Lamarr was born in Vienna, Austria-Hungary, and acted in a number of Austrian, German, and Czech films in her brief early film career, including the controversial ''Ecstasy'' (1933). In 1937, she fled from her husband, a wealthy Austrian ammunition manufacturer, secretly moving to Paris and then on to London. There she met Louis B. Mayer, head of Metro-Goldwyn-Mayer (MGM) studio, who offered her a Hollywood movie contract, where he began promoting her as "the world's most beautiful woman". She became a star through her performance in ''Algiers'' (1938), her first American film. She starred opposite Clark Gable in ''Boom Town'' and ''Comrade X'' (both 1940), and James Stewart in ''Come Live with Me'' and ''Ziegfeld Girl'' (both 1941). Her other MGM films include ''Lady of the Tropics'' (1939), ''H.M. Pulham, Esq.'' (1941), as well as ''Crossroads'' and ''White Cargo'' (both 1942); she was also borrowed by Warner Bros. for ''The Conspirators'', and by RKO for ''Experiment Perilous'' (both 1944). Dismayed by being typecast, Lamarr co-founded a new production studio and starred in its films: ''The Strange Woman'' (1946), and ''Dishonored Lady'' (1947). Her greatest success was as Delilah in Cecil B. DeMille's ''Samson and Delilah'' (1949). She also acted on television before the release of her final film, ''The Female Animal'' (1958). She was honored with a star on the Hollywood Walk of Fame in 1960. At the beginning of World War II, Lamarr and composer George Antheil developed a radio guidance system using frequency-hopping spread spectrum technology for Allied torpedoes, intended to defeat the threat of jamming by the Axis powers. She also helped improve aircraft aerodynamics for Howard Hughes while they dated during the war. Although the US Navy did not adopt Lamarr and Antheil's invention until 1957, various spread-spectrum techniques are incorporated into Bluetooth technology and are similar to methods used in legacy versions of Wi-Fi. Recognition of the value of their work resulted in the pair being posthumously inducted into the National Inventors Hall of Fame in 2014.

Lamarr was born Hedwig Eva Maria Kiesler in 1914 in Vienna, Austria-Hungary, the only child of Emil Kiesler (1880–1935) and Gertrud "Trude" Kiesler (née Lichtwitz; 1894–1977). Her father was born to a Galician-Jewish family in Lemberg (now Lviv, Ukraine), and was a bank director at the Creditanstalt-Bankverein. Her mother was a concert pianist, born in Budapest to an upper-class Hungarian-Jewish family. She converted to Catholicism as an adult, at the insistence of her first husband, and raised her daughter Hedy as a Catholic as well, though she was not formally baptized at the time. As a child, Kiesler showed an interest in acting and was fascinated by theatre and film. At the age of 12, she won a beauty contest in Vienna. She also began to associate invention with her father, who would take her out on walks, explaining how various technologies in society functioned. Kiesler attended a private school, where she received piano, ballet, language and natural sciences lessons. After the Anschluss, she helped get her mother out of Austria and to the United States, where Gertrud Kiesler later became an American citizen. She put "Hebrew" as her race on her petition for naturalization, a term that had been frequently used in Europe.

Still using her maiden name of Hedy Kiesler, she took acting classes in Vienna. One day, she forged a permission note from her mother and went to Sascha-Film, where she was hired at the age of 16 as a script girl. She gained a role as an extra in ''Money on the Street'' (1930), and then a small speaking part in ''Storm in a Water Glass'' (1931). Producer Max Reinhardt cast her in a play entitled ''The Weaker Sex'', which was performed at the Theater in der Josefstadt. Reinhardt was so impressed with her that he arranged for her to return with him to Berlin, where he was based. Kiesler never trained with Reinhardt nor appeared in any of his Berlin productions. After meeting Russian theatre producer Alexis Granowsky, she was cast in his film directorial debut, ''The Trunks of Mr. O.F.'' (1931), starring Walter Abel and Peter Lorre. Granowsky soon moved to Paris, but Kiesler stayed in Berlin to work. She was given the lead role in ''No Money Needed'' (1932), a comedy directed by Carl Boese. Her next film brought her international fame. 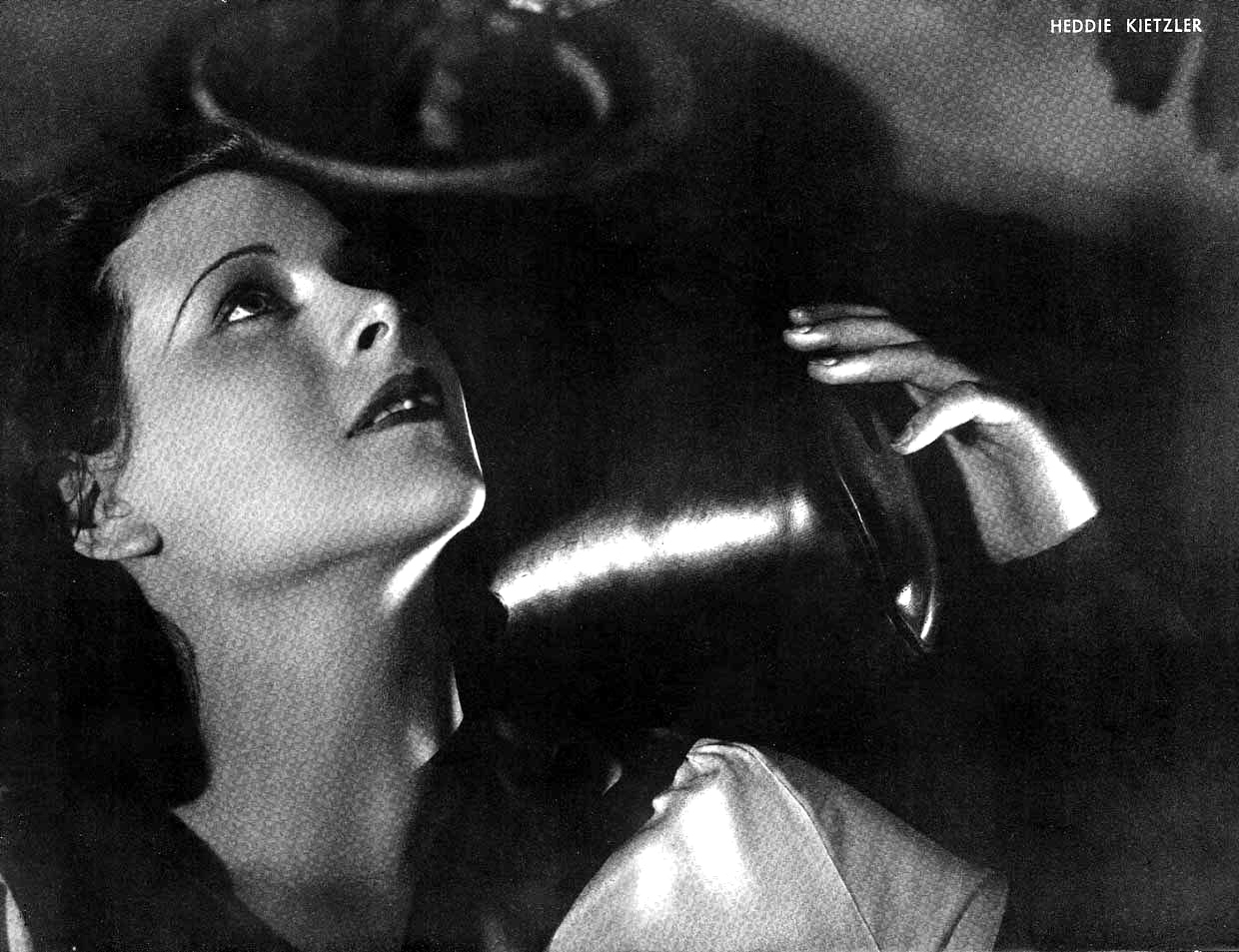 In early 1933, at age 18, Hedy Kiesler, still working under her maiden name, was given the lead in Gustav Machatý's film ''Ecstasy'' ( in German, in Czech). She played the neglected young wife of an indifferent older man. The film became both celebrated and notorious for showing the actress's face in the throes of an orgasm. According to Marie Benedict's book ''The Only Woman In The Room'', Kiesler's expression resulted from someone sticking her with a pin. She was also shown in closeups and brief nude scenes, the latter reportedly a result of the actress being "duped" by the director and producer, who used high-power telephoto lenses. Although Kiesler was dismayed and now disillusioned about taking other roles, ''Ecstasy'' gained world recognition after winning an award in Rome. Throughout Europe, the film was regarded as an artistic work. However, in the United States, it was banned, considered overly sexual, and made the target of negative publicity, especially among women's groups.