The airport terminal has 60,200 square metres of space, with 45 check-in counters and 11 security checkpoints. The airport is staffed by 565 employees. A new, international terminal opened on August 14, 2013. Situated at the east side of the existing terminal, this new apron increases international capacity to ten flights, from the previous capacity of three. Construction of this new terminal began on April 18, 2011.

In order to meet the increasing passenger flow demand, the second phase of the project was launched in 2016. The newly built flight area of this project is located directly to the north, and parallel to the main part. It has a rating of 4F, and a new 3,600 (11,811 feet) long runway (10/28), two parallel taxiways and contact road system are built. A total investment of 14.468 billion yuan will be made in the construction of a new T2 terminal covering 296,000 square meters and various types of platforms with 59 seats. The construction target of the project is to meet the annual passenger throughput of 35 million person-times and annual freight and postal throughput of 400,000 tons by 2025. The project was scheduled to be basically completed in December 2018. The installation and commissioning of electro-mechanical equipment was scheduled to begin in 2019 and to be put into use at the end of that year. 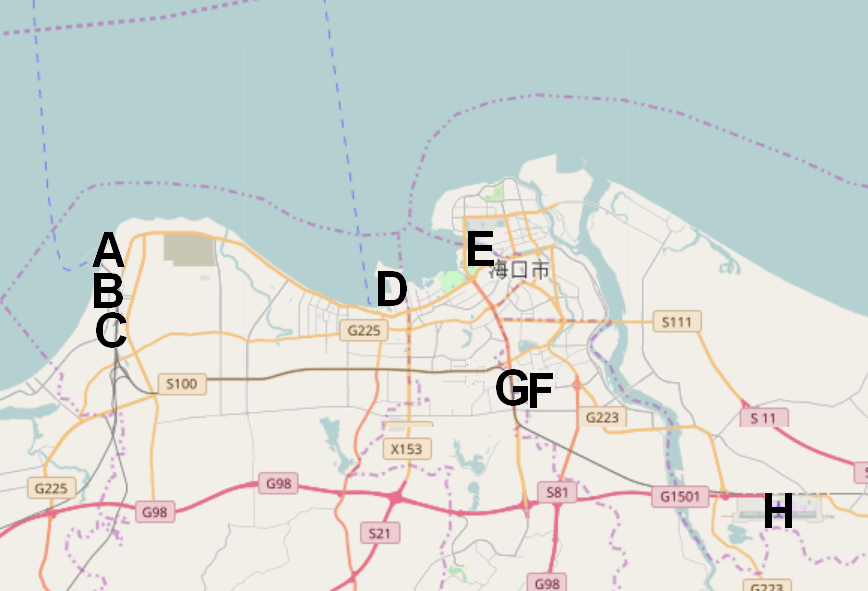 Getting to the airport from Haikou city by taxi usually costs about RMB 60 and takes about 30 minutes. The Meilan Railway Station connects the airport is served by Hainan eastern ring high-speed railway.