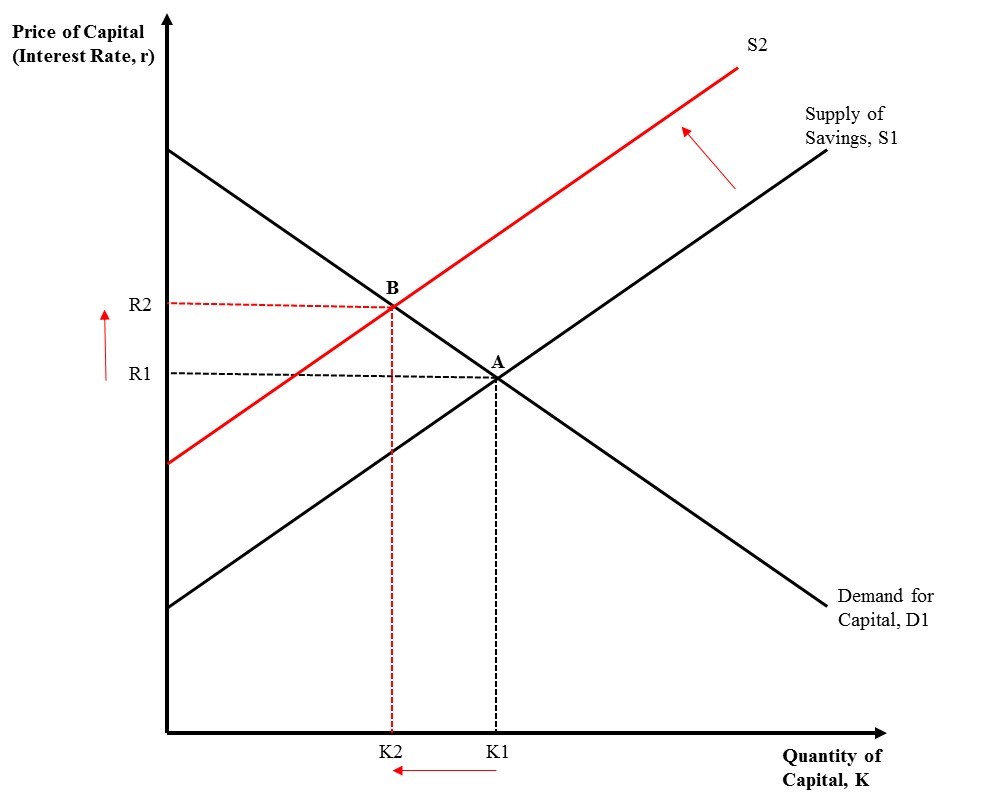 The above explanation of the impacts of government spending comes from conventional, orthodox economics, a set of models that did not predict the largest economic event of the last 80 years—the Global Financial Crisis (GFC), or sub-prime mortgage derivatives meltdown. Although economics provokes controversy, empirical evidence that orthodox economics is valid in explaining current conditions is at least questionable. See Steve Keen's ''Debunking Economics: The Naked Emperor Dethroned'' for a complete account of its failings. Keen himself won the Revere Prize in economics for correctly predicting the GFC. Matt Stoller, a fellow at the Open Markets Institute, says the point of orthodox economics "is to create a language and methodology for governing that hides political assumptions from the public" Calling it a "science" in the conventional sense of that word is at least open to question. Among the questionable concepts orthodox economics promotes is Crowding Out, which presumes the economy is a zero-sum game. If that were true, then the assumption is that resources are 100% utilized, and when government employs additional resources, it must do so at the expense of the private sector. But the U.S. economy, as of this writing, is at only 77% of its current capacity (never mind adding capacity), and as the COVID-19 epidemic proceeds, that figure 77% is likely to go lower. A more realistic economics would conclude that government spending would employ idle resources, not "crowd out" private use of those resources. History demonstrates this conclusion is realistic, too. Historical GDP growth rates increase dramatically when the U.S. government spent for the New Deal and for big public works projects like World War II. One could conclude the additional GDP grown was a result of bringing resources un- or under-employed during the Great Depression back into production. Orthodox economists contend that government 'borrowing' competes for savings, too. The orthodox model says: "If government tries to borrow more by issuing and selling more bonds, then the competition for finance would push up interest rates mphasis added Some private firms would decide not to borrow at the higher rates and hence investment would be lower. Also, durable consumption expenditure by households will decline because some of it is financed by borrowing. "However, that model is incorrect. Government fiscal deficits generate non-government surpluses (flows) that accumulate to the non-government sector's net acquisition of financial assets (a stock)... Since there are more savings (as a result of higher income levels arising from the deficits) and greater financial wealth, it is not true that government is competing with private sector borrowers for a limited supply of savings (a flow) to place government bonds into wealth portfolios that are fixed in size. Both savings and portfolios expand as government deficits grow." And contrariwise, as government practices austerity, savings shrink and economic instability grows. Historically, whenever government has succumbed to the siren song of this "fiscal responsibility" and significantly reduced deficits, the economy goes into a tailspin...100% of the time. Perhaps the clearest evidence of its failings is orthodox economics' prediction for the consequences for larger government 'debt.' Note: Government 'debt' is nothing like household debt, it's like bank debt. If you have a bank account, that is your asset, but to the bank, it's a liability, a 'debt.' Reducing the bank's 'debt' reduces the size of depositors' accounts. As the above paragraph indicates, what follows reducing people's savings is an economic downturn, replete with waves of asset forfeitures and foreclosures when people are unable to pay their obligations out of (reduced) savings. Because it discouraged government 'debt,' orthodox economics blessed the Clinton federal budget surplus, deregulated markets, reduced government spending, and encouraged Wall Street's derivatives that led to the GFC in 2007–8. An estimated 8,000,000 people lost their homes in that debacle. Despite these events, according to orthodox economics, there's a threshold for government debt, beyond which the economy suffers, and bond markets will demand higher interest rates, or they cannot sell government debt. People often point to Greece, which has to pay high interest rates to borrow, as an example. But, unlike the U.S, Greece no longer makes its own currency, so it isn't comparable to a monetary sovereign who can "print" the means to repay such 'debt.' There is no credit risk when monetary sovereigns with floating exchange rates can "print" the means to repay their 'debt,' just as there would be no credit risk banks would be unable to pay depositors if they could print banknotes. Orthodox economists Reinhart and Rogoff even wrote a study concluding that government 'debt' larger than 90% of GDP impaired economic performance. However, others examined their work found they cherry-picked their examples, and even had a mistake in the spreadsheet formulas they used to calculate this result. What is comparable to the monetary sovereign U.S.' situation is Japan's. Japan makes its own fiat currency (Yen) and has a floating exchange rate. Its current 'debt'-to-GDP ratio is roughly 240%--far above Reinhart and Rogoff's 90% threshold. The orthodox economics school would conclude that the Japanese have borrowed too much, and they have impaired their ability to repay government 'debt.' Therefore, the orthodox economics prediction is that bond markets would charge a risk premium (higher interest rates) before Japan's central bank could sell Yen-denominated bonds. The truth is that the National debt of Japan sells at near a zero interest rate. These conclusions stir controversy because they contradict the narrative so widely disseminated by the press and orthodox economic journals. Heterodox economists have had to found their own journals, had to deal with difficulty getting tenure and employment as a result of their conclusions. Nevertheless, the events cited above, the Federal Reserve's response to the GFC (extending $16 - $29 trillion in credit to the financial sector) and the current multi-trillion-dollar response to the COVID-19 pandemic appear to validate the conclusions of the heterodox economists, particularly Modern Money Theory.

Research Australia found 91% of Australians think 'improving hospitals and the health system' should be the Australian Government's first spending priority. Crowding 'in' also happens in university life science research Subsidies, funding and government business or projects like this are often justified on the basis of their positive return on investment. Life science crowding in contrasts with crowding out in public funding of research more widely: "10% increase in government R&D funding reduced private R&D expenditure by 3%...In Australia, the average cost of public funds is estimated to be $1.20 and $1.30 for each dollar raised (Robson, 2005). The marginal cost is probably higher, but estimates differ widely depending on the tax that is increased". In the US the total investment in medical and health research and development (R&D) in the US had grown by 27% over the five years from 2013 to 2017, and it is led by industry and the federal government. However, the industry accounted for 67% of total spending in 2017, followed by the federal government at 22%. According to the National Institute of Health (NIH) accounted for the lion's share of federal spending in medical and health research in 2017 was $32.4 billion or 82.1%. Also, academic and research institutions, this includes colleges, and universities, independent research (IRIs), and independent hospital medical research centres also increased spending, dedicating more than $14.2 billion of their own funds (endowment, donations etc.) to medical and health R&D in 2017. Although other funding sources - foundations, state and local government, voluntary health associations and professional societies - accounted for 3.7% of total medical and health R&D expenditure. On the other hand, global health spending continues to increase and rise rapidly – to US$7.8 trillion in 2017 or about 10% of GDP and $1.80 per capita – up from US£7.6 trillion in 2016. In addition, about 605 of this spending was public and 40% private, with donor funding representing less than 0.2% of the total although the health spending in real terms has risen by 3.79% in a year while global GDP had grown by 3.0%. According to the World Health Organisation (WHO), the increase in health spending in low-income countries, and it rose by 7.8% a year between 2000 and 2017 while their economy grew by 6.4%, it is explained in the figure. However, the middle-income economies health spending grew more than 6%, and average annual growth in high-income countries was 3.5%, which is about twice as fast as economic growth. In contrast, health spending by the high-income countries continues to represent to be the largest share of global spending, which is about 81%, despite it covers only 16% of world's population; although it down from 87% in 2000. The primary driver of this change in global spending on healthcare is India and China, which they moved to higher-income groups. Furthermore, just over 40% of the world population lived in low-income countries, which is now they dropped to 10%. Moreover, significant spending increment was in upper-middle-income economies population share has more than  doubled over the period of, and share of global health spending nearly also doubled due to China and India's vast population joining that group. Unfortunately, all other spending share income groups had declined. From the continent view, North America, Western Europe, and Oceanic countries have the highest levels of spending, and West Central Asia, and East Africa the lowest, which is followed closely by South Asia, it is explained in the figure. It is also true that fast economic growth is associated with increased health spending and sustained rapid economic growth between 2000 and 2017. Even more, fast economic growth which is generally associated with the higher government revenues and health spending is mostly located in Asia such as China, India and Indonesia followed by the Middle East and Latin America. In these countries, the real health spending per capita grew by 2.2 times and increased by 0.6 percentage point as per a share of GDP from 2000 to 2017.