Click Here for Items Related To - Government of Barbados

The Government of Barbados (GoB), is ceremonially headed by the monarch,
Queen Elizabeth II Elizabeth II (Elizabeth Alexandra Mary; born 21 April 1926) is Queen of the United Kingdom and 15 other Commonwealth realms. Elizabeth was born in Mayfair, London, as the first child of the Duke and Duchess of York (later King George VI ... 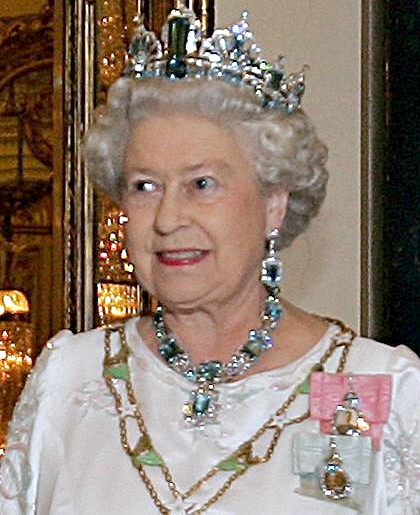 as
head of state A head of state (or chief of state) is the public persona who officially embodies a state (polity), state#Foakes, Foakes, pp. 110–11 "
he head of state He or HE may refer to: Language * He (pronoun) In Modern English, ''he'' is a Grammatical number, singular, Grammatical gender, masculine, Grammatical person, third-person personal pronoun, pronoun. Morphology In Standard English, Standard M ...
being an embodiment of the State itself or representatitve of its international perso ...
. She is represented in the country by the Governor-General, currently Dame Sandra Mason, G.C.M.G., K.A. The country has a
bicameral Bicameralism is the practice of having a legislature divided into two separate Deliberative assembly, assemblies, chambers, or houses, known as a bicameral legislature. Bicameralism is distinguished from unicameralism, in which all members deli ...
legislature and a political party system, based on universal adult suffrage and fair elections. The
Senate The Curia Julia in the Roman Forum ">Roman_Forum.html" ;"title="Curia Julia in the Roman Forum">Curia Julia in the Roman Forum A senate is a deliberative assembly, often the upper house or Debating chamber, chamber of a bicameral legislatu ...
has 21 members, appointed by the Governor-General on behalf of the monarch, 12 on the advice of the Prime Minister, two on the advice of the Leader of the Opposition, and seven at the Governor-General's sole discretion. The House of Assembly (Barbados), House of Assembly has 30 members, all elected. Both houses debate all legislation. However, the House of Assembly may override Senate's rejection of money bills and other bills except bills amending the Constitution. Officers of each house (President and Deputy President of the Senate; Speaker, Deputy Speaker, and Chairman of Committees of the Assembly) are elected from the members of the respective houses. In keeping with the Westminster system of governance, Barbados has evolved into an independent parliamentary democracy and Constitutional monarchy, meaning that all political power rests with the Parliament under a non-political monarch as head of state, which allows Monarchy of Barbados#stability, stability. Executive authority is vested in the monarch, who normally acts only on the advice of the Prime Minister and Cabinet, who are collectively responsible to Parliament. Barbadian law is rooted in English law, English common law, and the Constitution of Barbados implemented in 1966, is the supreme law of the land. Fundamental rights and freedoms of the individual are set out in the Constitution and are protected by a strict legal code. The Cabinet (Barbados), Cabinet is headed by the Prime Minister of Barbados, Prime Minister, who must be an elected member of Parliament, and other ministers are appointed from either chamber by the Governor-General, as advised by the Prime Minister. The Governor-General appoints as Leader of the Opposition the member of House of Assembly who commands the support of the largest number of members of that House in opposition to the ruling party's government. The maximum duration of a Parliament is five years from the first sitting. There is a simultaneous dissolution of both Houses of Parliament by the Governor-General, acting on the advice of the Prime Minister. There is an established non-political civil service. Also, there are separate constitutional commissions for the Judicial and Legal Service, the Public Service, and the Police Service.

The government has been chosen by elections since Barbadian general election, 1961, 1961 elections, when Barbados achieved full Self-governing colony, self-governance. Before then, the government was a Crown colony consisting of either colonial administration solely (such as the Executive Council (Commonwealth countries), Executive Council), or a mixture of colonial rule and a partially elected assembly, such as the Legislative Council of Barbados, Legislative Council. Since independence the Democratic Labour Party (Barbados), Democratic Labour Party (DLP) held office 1966 to 1976, from 1986 to 1994, and from January 2008 to 2018. The Barbados Labour Party (BLP) governed from 1976 to 1986, from September 1994 – 2008 and has formed the government from 2018–Present.

The Executive Branch of government conducts the ordinary business of government. These functions are called out by the Prime Minister and cabinet ministers. The prime minister chooses the ministers of government they wish to have in the cabinet but they are actually appointed by the governor general. *Heads of State ** Monarchy **Governor General *Head of Government ** Prime Ministers ** Premier (Abolished) ** Attorney General's ** Ministers

Under Barbados' version of the Westminster system of government, the executive and legislative branches are partly intertwined. The only official Cabinet office (other than Prime Minister) expressly mentioned in the Constitution of Barbados is Office of the Attorney-General. * Governor General * Chief Secretaries (Abolished) * Auditors-General * Senators ** Presidents of the Senate * Members of the House ( a/k/a Members of Parliament) ** Speakers of the House of Assembly * Clerks of Parliament

The Constitution of Barbados is the supreme law of the nation. The Attorney General heads the independent judiciary. Historically, Barbadian law was based entirely on English common law with a few local adaptations. At the time of independence, the Parliament of the United Kingdom lost its ability to legislate for Barbados, but the existing English and British common law and statutes in force at that time, together with other measures already adopted by the Barbadian Parliament, became the basis of the new country's legal system. Legislation may be shaped or influenced by such organisations as the United Nations, the Organization of American States, or other international bodies to which Barbados has obligatory commitments by treaty. Additionally, through international co-operation, other institutions may supply the Barbados Parliament with key sample legislation to be adapted to meet local circumstances before enacting it as local law. New acts are passed by the Barbadian Parliament and require royal assent by the Governor-General to become law.

The judiciary is the legal system through which punishments are handed out to individuals who break the law. The functions of the judiciary are to enforce laws; to interpret laws; to conduct court hearings; to hear court appeals. The local court system of Barbados is made up of: *Magistrates' Courts: Covering Criminal, Civil, Domestic, Domestic Violence, and Juvenile matters. But can also take up matters dealing with Coroner's Inquests, Liquor Licences, and civil marriages. Further, the Magistrates' Courts deal with Contract and Tort law where claims do not exceed $10,000.00. *The Supreme Court of Barbados, Supreme Court: is made up of High Court and Court of Appeals. **High Court: Consisting of Civil, Criminal, and Family law divisions. **Court of Appeal: Handles appeals from the High Court and Magistrates' Court. It hears appeals in both the civil, and criminal law jurisdictions. It may consist of a single Justice of Appeal sitting in Chambers; or may sit as a Full Court of three Justices of Appeals. *The Caribbean Court of Justice (CCJ), (based in Port of Spain, Trinidad and Tobago), is the court of last resort (final jurisdiction) over Barbadian law. It replaced the London-based Judicial Committee of the Privy Council (JCPC). The CCJ may resolve other disputed matters dealing with the CARICOM Single Market and Economy, Caribbean Single Market and Economy (CSME). * Chief Justices ** Justices of Appeals ** Magistrates

Transparency International ranked Barbados as 17th place (of 179) in the world on its Corruption Perceptions Index in 2010, with only one nation scoring better in the Western Hemisphere, Americas.