The City of Glendale is a Home Rule Municipality located in an exclave of Arapahoe County, Colorado, United States. Glendale is an enclave of the City and County of Denver and is a part of the Denver–Aurora–Lakewood, CO Metropolitan Statistical Area. The population was 4,184 at the 2010 census. Glendale's fire and medical services have been provided by the Denver Fire Department and Denver Paramedics through a contract by the City and County of Denver since 2005. Glendale is policed by the Glendale Police Department.

In 1859, the Territorial Road came down Cherry Creek Valley past the Four Mile House and through what is now called Glendale. The Four Mile House was one of the stage stops along the road, becoming a way station for freight wagons and a stock ranch. The first documented use of the name Glendale was the Glendale Grange, which was organized in December, 1896 J.M. and Agnes Riddle helped to found and donated land for a new Grange Hall that was completed in 1897. In 1902, William Harold Baumert named his dairy the Glendale Farm Dairy which solidified the term Glendale which is now used to describe the community. In the 1920's, the property at the northeast corner of Virginia Avenue and Colorado Boulevard was purchased; in 1933, a retail beer license was applied for and granted.d A fossil was found in 1937 in the sands of the bed of Cherry Creek -- the first evidence of prehistoric animals. Later that year, an upper molar of a mammoth was found and donated to Denver's Museum of Natural History. The first Organizational Meeting of the Trustees of the Town of Glendale was held May 20, 1952 The citizens of the Glendale community wanted their voices to be heard fearing annexation from their large neighbor Denver and the loss of independence.  The original filing for incorporation of the Town of Glendale was incorporated January 8, 1952.

Glendale, Colorado, is located at (39.702546, -104.933866). According to the United States Census Bureau, the city has a total area of , all of it land (other than a short length of Cherry Creek which bisects the city from East to West). Much of the city's limited space is devoted to commercial development, including both office and residential high rises. 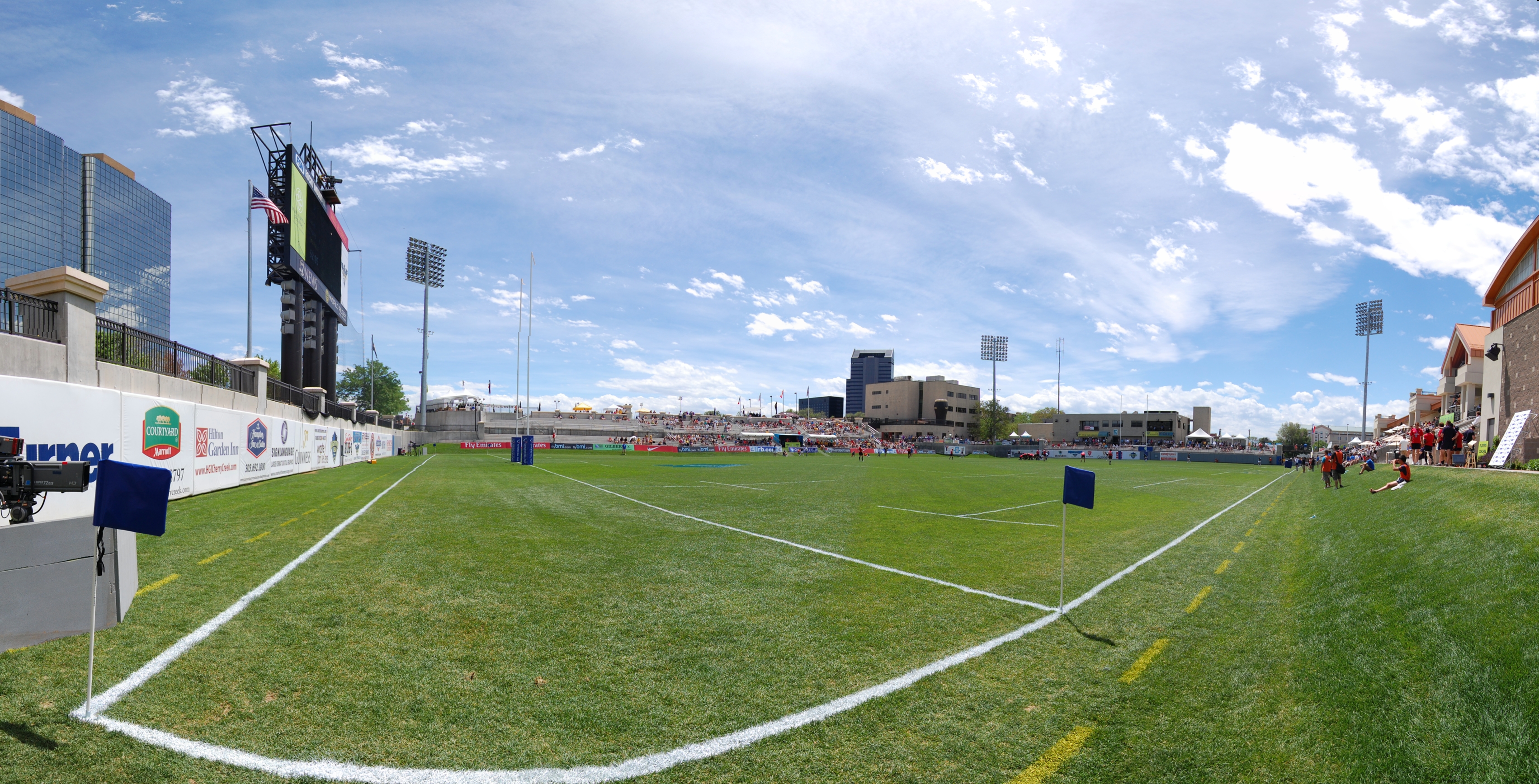 Infinity Park is an event sports and entertainment complex adjacent to the Glendale municipal buildings and courthouse. The nearly 16 acres of Infinity Park are located between Cherry St and Birch St (east/west), and E Kentucky Ave and E Mississippi Ave (north/south) and include an Event Center, Stadium, Park, Sports Center and High Altitude Training Center. In 2007, Glendale completed the first phase of construction when it opened the first municipal U.S. Rugby Stadium. The rugby stadium has a seating capacity of 4,000 people. The rugby stadium is home to the city's nationally ranked and 2011 D1 Champion rugby team known as the Colorado Raptors and the Women's Premier League's latest members, th
Glendale Lady Raptors
The facility has become one of the premier rugby venues in the United States. It regularly hosts USA Rugby national championship matches and has also played host to the Churchill Cup in 2009 and 2010 which is the premier North American International Rugby Tournament. In July 2008, the city opened a recreation and sports center, is managed by the YMCA of Metropolitan Denver. In November 2008, the state-of-the-art Event Center opened with accommodation for 750 guests in a banquet-style setting. The Park, an 8-acre open space development adjacent to and just south of The Stadium opened in May, 2010. The High Altitude Training Center was completed in February 2011, the final phase of the Infinity Park project.

An interesting site on the edge of Glendale is Four Mile Historic Park. This rural site is home to metropolitan Denver's oldest house, the Four Mile House, which is listed on the National Register of Historic Places. Built in 1859 along Cherry Creek, the Four Mile House once served as a stage stop, wayside inn, and tavern for travelers on their way to Denver City via the Cherokee Trail. Today Four Mile Historic Park houses a museum, summer camp, and events center. The park is situated just outside Glendale's city limits, in the Washington Virginia Vale neighborhood of Denver. thumb|right|210px|A walkway between Cherry Creek and Cherry Creek S Dr, east of Cherry St.

Glendale was formerly home to Celebrity Sports Center, a local landmark and family activity center established by Walt Disney and other celebrity investors. The landmark closed in 1994 to the disappointment of many.

Notable individuals who were born or have lived in Glendale include: * Steve Ward (1960- ), Colorado state legislator, mayor of Glendale