Getúlio Dornelles Vargas (; 19 April 1882–24 August 1954) was a Brazilian lawyer and politician who served as president of Brazil during two periods: the first was from 1930 to 1945, when he served as interim president from 1930 to 1934, constitutional president from 1934 to 1937, and dictator from 1937 to 1945. After resigning in 1945, Vargas returned to power as the democratically elected president in 1951, serving until his suicide in 1954. Vargas led Brazil for 18 years, the longest of any president, and second in Brazilian history only to Emperor Pedro II among heads of state. He favoured nationalism, industrialization, centralization, social welfare and populism – for the latter, Vargas won the nickname, "the father of the poor". Vargas is one of a number of populists who arose during the 1930s in Latin America, including Lázaro Cárdenas and Juan Perón, who promoted nationalism and pursued social reform. He was a proponent of workers' rights as well as a staunch anti-communist. Born to a military father and Azorean mother, Vargas enlisted in the military, but left soon after he was mobilised to pursue Law at Porto Alegre in Rio Grande do Sul, where he familiarised himself with Republican politics. He officially entered politics in Rio Grande do Sul and became a member of the Chamber of Deputies in 1923 before becoming the Minister of Finance for the Washington Luís administration. Vargas soon resigned from the position to become President (Governor) of Rio Grande do Sul. In 1929, Vargas was chosen by the "Liberal Alliance" (''Aliança Liberal'') as an opposition candidate in the 1930 Brazilian general election for the presidency. Though he lost, a popular armed revolution installed Vargas as provisional president of Brazil, ending the First Brazilian Republic and beginning the 15-year long Vargas Era. Vargas began his presidency by dissolving the National Congress, replacing state governors with his own "intervenors", and declaring an emergency regime. He sought to transform the Brazilian economy into an industrial powerhouse, creating state monopolies and introducing massive economic reforms, though most were being bypassed long after their implementation. Vargas also expanded the electorate and introduced laws to protect the "secret ballot", hosting elections in May 1933. A Constituent Assembly was elected and produced a 1934 Constitution, and Vargas was elected (via the Chamber of Deputies) to another four years as a constitutional president. Throughout his provisional and constitutional tenure, he quelled a 1932 constituionalist revolution and a 1935 communist uprising, negociating soft peace terms in the former and suspending civil rights in the latter. Vargas prematurely ended his constitutional presidency when he executed a self-coup in 1937 after the revelation of "the Cohen Plan" (''Plano Cohen''), beginning the ''Estado Nôvo''. Vargas became a dictator for eight years, leading Brazil into World War II on the side of the Allies in 1942. He was forced to step down in 1945 with the global rise of democracy, but he became a popular figure in Brazilian politics. Vargas was elected a presidential term in 1951, but a growing political crisis led to his suicide in 1954. He was the first president in the country to draw widespread support from the masses and is regarded as the most influential Brazilian politician of the twentieth century. He had also been a lawyer and landowner who occupied the 37º chair of the Brazilian Academy of Letters from 1943 until his death. 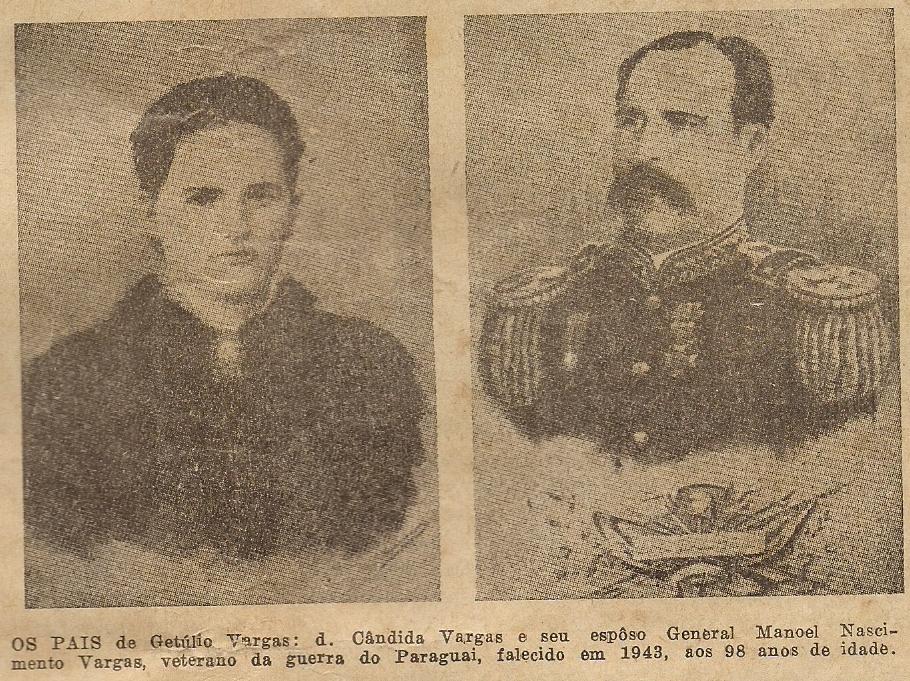