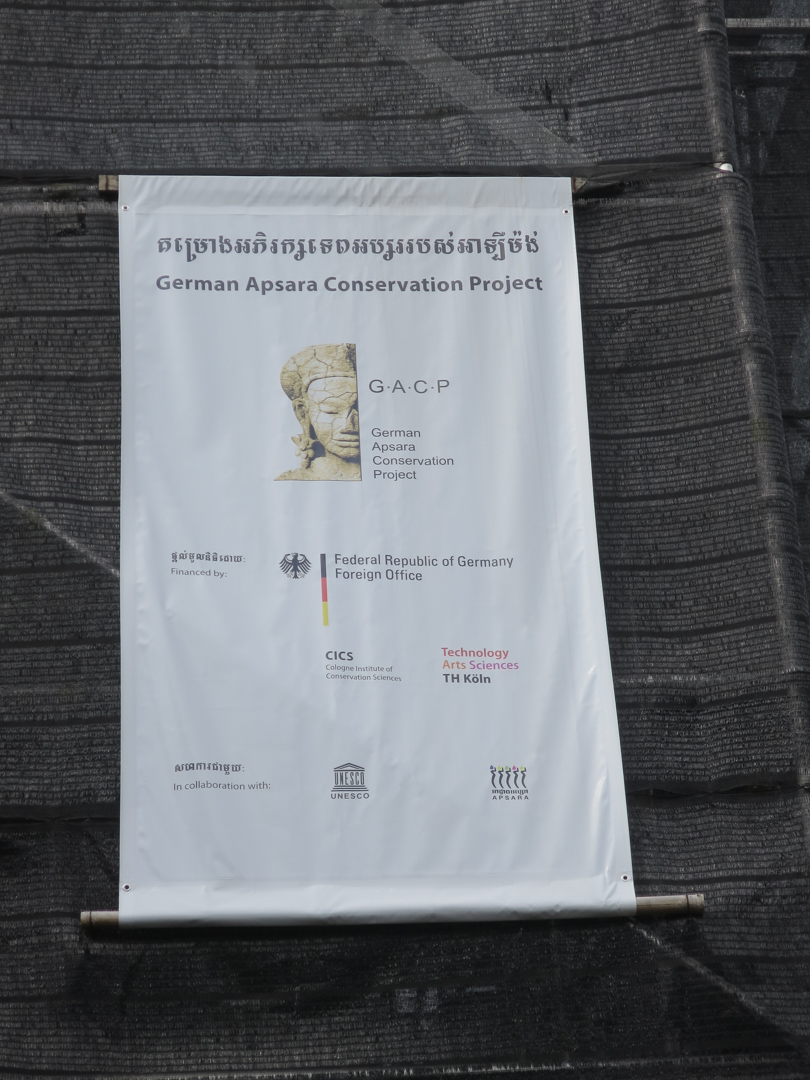 . It is funded primarily by the German Foreign Office Angkor Wat is the principal monument of the Angkor World Heritage Site in Cambodia which was registered in the World Heritage List in 1992. Despite its condition it is currently not inscribed on the List of World Heritage in Danger. On a national level it is under the administration of th
/ APSARA Authority
and the G.A.C.P. (German Apsara Conservation Project) works in collaboration with both UNESCO and APSARA Authority towards the conservation of this unique monument.

Angkor Wat is generally considered to be the largest religious stone monument in the world and much of the surface of this extraordinary temple is decorated with carvings in
bas-relief Relief is a sculptural technique where the sculpted elements remain attached to a solid background of the same material. The term ''relief Relief is a sculptural technique where the sculpted elements remain attached to a solid background of th ...
of battle scenes, of triumphant processions, of religious scenes and of single or groups of female figures. Nearly 1,850 of these female figures, popularly known as Apsaras, adorn the surface of Angkor Wat and some of them are in an extremely alarming state of decay. Several of the reliefs have already fallen victim to the ravages of time. Natural stones weather in different ways. Scientific investigations have been under way since 1995 to examine the characteristic properties of the sandstone and the factors causing damage. The conservators are being supported by photographers and experts from the fields of geology, geomicrobiology and chemistry. The detailed investigations have confirmed that, in the case of some 360 of the Apsaras, the damage is so serious that significant quantities of Stone carving, carved stone surface could become detached at any time. The project chose to focus on the Apsaras since they are the most exposed and therefore endangered of the precious carvings at Angkor Wat. Since 1997 the work of conservation is being performed by students and lecturers of the Department of Restoration and Conservation of the Fachhochschule Köln (University of Applied Sciences, Cologne) and by local Conservation d’Angkor personnel in collaboration with the APSARA Authority. The first urgent measure performed was a reversible step to secure the endangered relief areas. A team from Fachhochschule Köln (University of Applied Sciences Cologne) has set itself the goal of reducing the erosion of the Apsaras. Conservation work is now being carried out using material with properties similar to those of the original stone. Ultimately, it will not be possible to completely stop the damage to the reliefs, which means that regular and sound maintenance of the monument is the most effective conservation measure. One of the most important activities of the German Apsara Conservation Project (GACP) is education and training of qualified staff for the future conservation of Angkor. Students of Art conservation and restoration, restoration and Habitat conservation, conservation at the University of Applied Sciences Cologne join the project either to make their Thesis, diploma thesis on subjects significant for the conservation of the reliefs or to pass the “practice semester” that is a part of their education. Meanwhile, the GACP co-operates closely with th
Royal University of Fine Arts in Phnom Penh