Gavin MacLeod (born Allan George See; February 28, 1931) is an American actor and Christian activist and author whose career spans six decades. He has also appeared as a guest on several talk, variety, and religious programs. MacLeod's career began in films in 1957. In 1965, he played opposite Peter Mann in '' The Sword of Ali Baba''. He went on to play opposite Anthony Franciosa in '' A Man Called Gannon'' (1968), opposite Christopher George in ''The Thousand Plane Raid'', and opposite Clint Eastwood, Telly Savalas, and Carroll O'Connor in ''Kelly's Heroes'' (1970). MacLeod achieved continuing television success co-starring opposite Ernest Borgnine on ''McHale's Navy'' (1962–1964) as Joseph "Happy" Haines, and on ''The Mary Tyler Moore Show'' (1970–1977) as Murray Slaughter. He is also starred on American Broadcasting Company, ABC's ''The Love Boat'' (1977–1986), in which he was cast as ship's Captain Merrill Stubing.

MacLeod was born in Mount Kisco, New York, Mount Kisco, New York (U.S. state), New York, the elder of two children. His mother, Margaret (married and maiden names, née Shea) See (1906–2004), a middle school dropout, worked for ''Reader's Digest''. His father, George See (1906–1945), an electrician, was part Ojibwe, Chippewa (Ojibwa). He grew up in Pleasantville, New York, Pleasantville, New York, and studied acting at Ithaca College, from which he graduated in 1952 with a bachelor's degree in fine arts. After serving in the United States Air Force, he moved to New York City and worked at Radio City Music Hall while looking for acting work. At about this time he changed his name, drawing "Gavin" from a physically disabled victim in a television drama, and "MacLeod" from his Ithaca drama coach, Beatrice MacLeod. MacLeod said in a 2013 interview with ''Parade (magazine), Parade'' about his stage name, he "felt as if my name was getting in the way of my success." ''Allan'', he wrote, "just wasn’t strong enough," and ''See'' was "too confusing."

MacLeod made his television debut in 1957 on ''The Walter Winchell File'' at the age of 26. His first movie appearance was a small, uncredited role in ''The True Story of Lynn Stuart'' in 1958. Soon thereafter, he landed a credited role in ''I Want to Live!'', a 1958 prison drama starring Susan Hayward. He was soon noticed by Blake Edwards, who in 1958 cast him in the pilot episode of his NBC series ''Peter Gunn'', two guest roles on the Edwards CBS series ''Mr. Lucky (TV series), Mr. Lucky'' in 1959, and as a nervous harried navy yeoman in ''Operation Petticoat'', with Cary Grant and Tony Curtis. ''Operation Petticoat'' proved to be a breakout role for MacLeod, and he was soon cast in two other Edwards comedies, ''High Time (film), High Time'', with Bing Crosby and ''The Party (1968 film), The Party'' with Peter Sellers. Between 1957 and 1961, MacLeod made several television appearances. He was cast as the devious Dandy Martin in the 1960 episode, "Yankee Confederate", of the syndicated anthology series, ''Death Valley Days'', hosted by Stanley Andrews and starring alongside Tod Andrews and Elaine Devry. In December 1961, he landed a guest role on ''The Dick Van Dyke Show'' as Mel's cousin Maxwell Cooley, a wholesale jeweler. This was his first time working with Mary Tyler Moore. MacLeod had three guest appearances on ''Perry Mason (1957 TV series), Perry Mason'': in 1961 he played Lawrence Comminger in "The Case of the Grumbling Grandfather", and in 1965 he played Mortimer Hershey in "The Case of the Grinning Gorilla", and Dan Platte in "The Case of the Runaway Racer". He played the role of a drug pusher, "Big Chicken", in two episodes of the first season of ''Hawaii Five-O (1968 TV series), Hawaii Five-O''. Other guest roles include ''The Untouchables (1959 TV series), The Untouchables'', ''Dr. Kildare'', ''Rawhide (TV series), Rawhide'', ''Gomer Pyle, U.S.M.C.'', ''The Man from U.N.C.L.E.'', ''My Favorite Martian'', ''Hogan's Heroes'', ''Combat!'', ''The Big Valley'', ''The Andy Griffith Show'', ''It Takes a Thief (1968 TV series), It Takes a Thief'', ''The Flying Nun'', ''The King of Queens'', and ''That '70s Show.''

His first regular television role began in 1962 as Joseph "Happy" Haines on ''McHale's Navy''; he left this role after two seasons to appear in the motion picture, ''The Sand Pebbles (film), The Sand Pebbles'' with Steve McQueen. Between the years of 1965 – 69, MacLeod appeared in many weekly episodes in multiple roles on the TV series ''Hogan's Heroes'' including Major Zolle (season 1, episode 19), General Metzger (season 3, episode 27) Major Kiegel (season 4, episode 1) and General von Rauscher (season 4, episode 23). Each role was usually a stern and discerning officer of the Schutzstaffel (SS), Luftwaffe or Geheime Staatspolizei (Gestapo) which are vastly different from the lovable characters he portrayed in his subsequent TV roles.

MacLeod's breakout role as Murray Slaughter on CBS' ''The Mary Tyler Moore Show'' won him lasting fame and two Golden Globe nominations. His starring role as Captain Stubing on ''The Love Boat'', his next TV series was broadcast in 90 countries worldwide, between 1977 and 1986 (9 seasons). His work on that show earned him three Golden Globe nominations. Co-starring with him was a familiar actor and best friend Bernie Kopell as Dr. Adam Bricker and Ted Lange as bartender Isaac Washington. Lange said in a 2017 interview with The Wiseguyz Show of MacLeod that "Oh yeah, sure, Gavin was wonderful. Gavin lives down here in Palm Springs and we're still tight, all of us, Gavin and Bernie and Jill; we still see each other. Fred lives in a different state, we're still close, we're still good friends." MacLeod became the global ambassador for Princess Cruises in 1986. He has played a role in ceremonies launching many of the line's new ships. In 1997, MacLeod joined the ''Love Boat'' cast on ''The Oprah Winfrey Show''. After ''The Love Boat'', MacLeod toured with Michael Learned of ''The Waltons'' in ''Love Letters (play), Love Letters''. He made several appearances in musicals such as ''Gigi (musical), Gigi'' and ''Copacabana (musical), Copacabana'' between 1997 and 2003. In December 2008, he appeared with the Colorado Symphony in Denver. MacLeod and his wife have been hosts on the Trinity Broadcasting Network for 17 years, primarily hosting a show about marriage called ''Back on Course''. MacLeod appeared in Rich Christiano's ''Time Changer,'' a movie about time travel and how the morals of society have moved away from the Bible. He also plays the lead role in Christiano's 2009 film ''The Secrets of Jonathan Sperry''.

In April 2010, the entire cast of ''The Love Boat'' attended the TV Land Awards with the exception of MacLeod, due to a back operation to repair a couple of injured discs. Former co-star and long-term friend Ted Lange contacted him and received word MacLeod was doing well. In December, MacLeod appeared as a guest narrator with the Florida Orchestra and Master Chorale of Tampa Bay for three concerts. MacLeod served as the honorary Mayor of Pacific Palisades, Los Angeles, Pacific Palisades for five years, until Sugar Ray Leonard succeeded him in 2011. On February 28, 2011, MacLeod celebrated his 80th birthday aboard ''Golden Princess (2000), Golden Princess'' on Princess Cruises in Los Angeles, California. His friends and family, wished him a Happy Birthday, and presented him with a 5 ft. long, 3D replica in cake of ''MS Pacific, Pacific Princess,'' the original "Love Boat". MacLeod appeared on the special for Betty White's 90th birthday on January 17, 2012. He reunited with White to film "Safety Old School Style", an in-flight safety video for Air New Zealand in 2013. By January 2013, the video had been viewed two million times on YouTube. In October 2013, MacLeod appeared on ''Today (U.S. TV program), Today'' to begin the promotional tour for his new book ''This Is Your Captain Speaking: My Fantastic Voyage Through Hollywood, Faith & Life''. This appearance included a special set change to honor MacLeod's appearance on the show. In addition to television appearances, his book tour continued in New York City, New York, Los Angeles, and Central Florida. Loretta Swit and Ted Lange were both present at MacLeod's first Barnes & Noble book signing in New York City. This signing was the largest such event held at that particular location in three years. He continued his book tour throughout 2014. 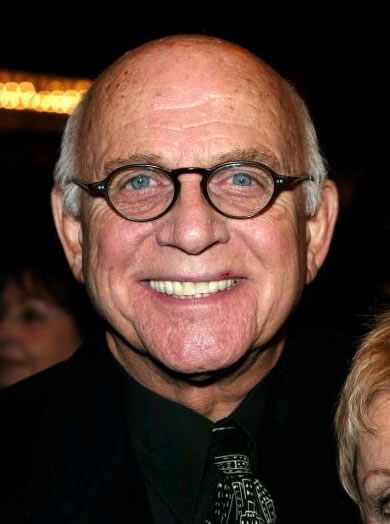 On November 5, 2013, MacLeod joined his ''Love Boat'' castmates live on the CBS daytime show ''The Talk (U.S. TV series), The Talk''. A full one-hour episode was dedicated to the cast reunion. The ''Talk'' co-hosts dressed in costumes to commemorate their special guests' arrivals. Spanish-American actress Charo also appeared on the reunion show. Charo guest-starred in eight episodes of ''The Love Boat''. Jack Jones (singer), Jack Jones performed the ''Love Boat'' theme song, which he introduced in 1977. In December 2013, MacLeod appeared on ''The 700 Club'' to discuss his life and career. On February 1, 2014, MacLeod was honored with a star on the Palm Springs Walk of Stars in downtown Palm Springs, California, Palm Springs, California. In January 2015, MacLeod appeared in the Rose Parade along with several members of the original cast of ''The Love Boat''. In 2017, MacLeod starred in the play ''Happy Hour'' at the Coachella Valley Repertory Theatre (CVRep) in Rancho Mirage, California. He received a best acting award for his work on the project.

In 1987, following MacLeod's conversion and remarriage, he and his wife, Patti, wrote about struggles with divorce and alcoholism in ''Back On Course: The Remarkable Story of a Divorce That Ended in Remarriage''. In 2013, MacLeod released his memoir, ''This Is Your Captain Speaking: My Fantastic Voyage Through Hollywood, Faith & Life''. The book recalls his upbringing in upstate New York during the Great Depression, as well as his life after more than fifty years in Hollywood. He said, "...all my living has been based on what other people have written...I hope it can help others, how I overcame and never gave up. There are so many lessons in life." In the book, MacLeod recounts his stories as a young actor trying to make a name for himself in Hollywood, the lifelong friends he has made, his bout with alcoholism and divorce and his journey through faith and Christianity.

MacLeod married his current wife Patti in 1974. Both were previously divorced. The couple divorced in 1982, but remarried in 1985. During the mid-1980s, they became Christian fundamentalism, Evangelical Protestants and credit their faith for bringing them back together. During his time as the Captain on ''The Love Boat'', MacLeod "very selfishly" (his words) divorced Patti. She then spent the next three years seeking help from psychiatrists on both the West and the East coasts. Then one day, his wife received a telephone call from Patti Lewis, first wife of Jerry Lewis, inviting her to a Christian prayer group which contained a number of famous actresses who started to pray for Gavin. MacLeod later said, "From that day, I started to think about her. Something told me to call Patti. I called Patti. I went back to see her the following Monday and things haven't been the same since." MacLeod asked her what had happened. She then explained everything to him including that she had given her life to Jesus Christ. On September 20, 2009, MacLeod discussed his conversion to Christianity at The Rock Church in Anaheim, California, Anaheim, California with further guest appearances in 2012.