France–Thailand relations cover a period from the 16th century until modern times. Relations started in earnest during the reign of Louis XIV of France with numerous reciprocal embassies and a major attempt by France to Christianize the kingdom of Thailand (then known as Siam) and establish a French protectorate, which failed when the country revolted against foreign intrusions in 1688. France would only return more than a century and a half later as a modernised colonial power, engaging in a struggle for territory and influence against Thailand in mainland Southeast Asia that would last until the 20th century. 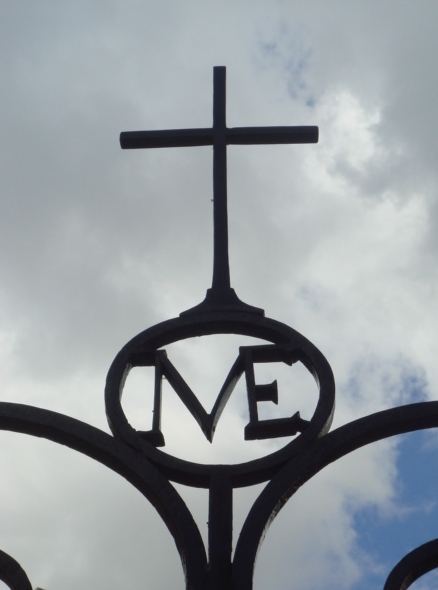 The first instance of France-Thailand contacts is also the first historical record of an attempt to introduce Christianity to Siam: according to Giovanni Pietro Maffei, about 1550 a French Franciscan, Bonferre, hearing of the great kingdom of the Bagoans and the Thai in the east, went on a Portuguese ship from Goa to Cosme (Bago), where for three years he preached the gospel without any result. The first major contacts between the two countries occurred after Thailand was made an apostolic vicariate by Pope Alexander VII on 22 August 1662. The mission was assigned to the newly formed Paris Foreign Missions Society to evangelize Asia, and Siam became the first country to receive these efforts, to be followed by new missions 40 years later in Cochinchina, Tonkin and parts of China, because Siam was highly tolerant of other religions and was indeed the only country in Southeast Asia where the Catholic Fathers could establish themselves safely. Monseigneur Pierre Lambert de la Motte, Bishop of Beirut, Vicar-Apostolic of Cochinchina, and member of the Missions Etrangères de Paris, accompanied by Fathers De Bourges and Deydier, left Marseille on 26 November 1660, and reached Mergui 18 months later. He arrived in the Ayutthaya Kingdom in 1662. 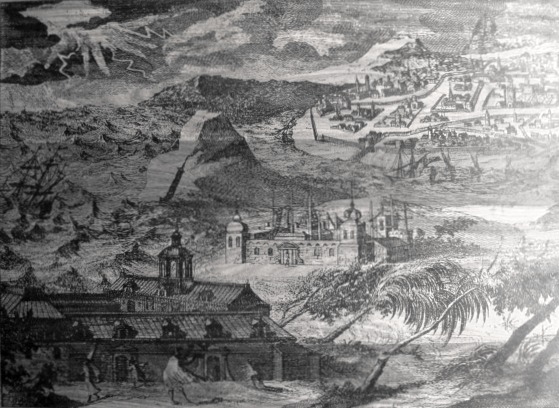 In 1664, a group of missionaries led by François Pallu, Bishop of Heliopolis, also of the Paris Foreign Missions Society, joined Lambert in the capital city of Ayutthaya after 24 months overland travel and started missionary work. In 1665–66 they built a seminary in Ayutthaya with the approval of King Narai, the Seminary of Saint Joseph (later ''Seminary of the Holy Angels'', at the origin of the College General, now in Penang, Malaysia). In 1669, Louis Laneau, Bishop of Motella, also a member of the Paris Foreign Missions Society, was named head of a Roman Catholic mission in mainland Southeast Asia, with his headquarters at Ayutthaya. They propagated the Christian faith and also took care of Annamite Christians and Japanese Christian communities in Thailand. Narai welcomed these missionaries, providing them with land for a church, a mission-house and a seminary (St. Joseph's colony). Bishops Lambert and Ballue established a Western hospital in Thailand in 1669 at Ayutthaya, with Father Laneau as the head doctor. The hospital provided medical care to about 200–300 people daily. During a 1670 trip to France, Pallu obtained from Louis XIV a letter to King Narai, which, together with a letter from the Pope, he remitted in Ayutthaya in October 1673 and which was received with great reverence. These contacts were closely associated with the development of French influence in South Asia, and especially with the establishment of the French East India Company in 1664, and the development of colonial French India.

In 1680, the newly formed French East India Company sent a ship to Thailand, bearing a trading mission led by André Deslandes-Boureau, son-in-law of the Governor General of the French settlement in Pondicherry François Martin, which was well received by the Thais. In September 1680, a ship from the French East India Company visited Phuket and left with a full cargo of tin. The Dutch, the English, and from the 1680s the French, competed with each other for trade with the island of Phuket (the island was named Junk Ceylon at that time), which was valued as a rich source of tin. In 1681 or 1682, Siamese King Narai, who was seeking to reduce Dutch and English influence, named Governor of Phuket the French medical missionary Brother René Charbonneau, a member of the Siam mission of the Société des Missions Etrangères. Charbonneau held the position of Governor until 1685. In a series of missions back and forth each side honoured its kings and celebrated its artistic achievements, and learned to appreciate the other's. The delegations sought to foster more commerce and elevate their prestige and on the global stage. Artists in Paris produced scores of prints depicting the Siamese diplomats and the lavish receptions at Versailles and Ayutthaya. Thousands of art objects – especially mirrors, porcelain, textiles, and metalwork – were exchanged.

King Narai further sought to expand relations with the French, to counter Portuguese and Dutch influence in his kingdom, and at the suggestion of his Greek counselor Constantine Phaulkon. In 1664, the Dutch had used force to exact a treaty granting them extraterritorial rights as well as freer access to trade. In 1680, a first Siamese ambassador to France was sent in the person of Phya Pipatkosa on board the ''Soleil d'Orient'', but the ship was wrecked off the coast of Africa after leaving Mauritius and he disappeared. A second embassy was sent to France in 1684 (passing through England), led by Khun Pijaiwanit and Khun Pijitmaitri, requesting the dispatch of a French embassy to Thailand. They met with Louis XIV in Versailles. In response, Louis XIV sent an embassy led by the Chevalier de Chaumont.

thumb|Chevalier Claude de Forbin clad as Siamese grand admiral The Chevalier de Chaumont was the first French ambassador for King Louis XIV in Siam. He was accompanied on his mission by Abbé de Choisy, the Jesuit Guy Tachard, and Father Bénigne Vachet of the Société des Missions Étrangères de Paris. At the same time, he returned to Siam the two ambassadors of the 1684 First Siamese Embassy to France. Chevalier de Chaumont also brought a group of Jesuit mathematicians (Jean de Fontaney (1643–1710), Joachim Bouvet (1656–1730), Jean-François Gerbillon (1654–1707), Louis Le Comte (1655–1728) and Claude de Visdelou (1656–1737)) whose mission was to continue to China to reach the Jesuit China missions. Le Comte remain in Siam with King Narai, but the others reached China in 1687. Chevalier de Chaumont tried without success to convert Narai to Catholicism and to conclude significant commercial treaties. A provisional agreement was signed to facilitate trade between France and the Royal Warehouse Department. France also received a tin monopoly in Phuket, with Chaumont's former maître d'hôtel Sieur de Billy named governor of the island, and received the territory of Songkla in the south. When Chaumont returned to France, Count Claude de Forbin, who had accompanied Chaumont with the rank of major aboard the ''Oiseau'', was induced to remain in the service of the Siamese king, and accepted, though with much reluctance, the posts of grand admiral, general of all the king's armies and governor of Bangkok. His position, however, was soon made untenable by the jealousy and intrigues of the minister Constantine Phaulkon, and after two years he left Siam, reaching France in 1688. He was replaced as Governor of Bangkok by the Chevalier de Beauregard.