Fort Wayne is a city in the U.S. state of Indiana and the seat of Allen County, United States. Located in northeastern Indiana, the city is west of the Ohio border and south of the Michigan border. The city's population was 270,402 as of the 2019 Census estimate making it the second-most populous city in Indiana after Indianapolis, and the 75th-most populous city in the United States. It is the principal city of the Fort Wayne metropolitan area, consisting of Allen, Wells, and Whitley counties, a combined population of 419,453 as of 2011. Fort Wayne is the cultural and economic center of northeastern Indiana. In addition to the three core counties, the combined statistical area (CSA) includes Adams, DeKalb, Huntington, Noble, and Steuben counties, with an estimated population of 615,077. Fort Wayne was built in 1794 by the United States Army under the direction of American Revolutionary War general Anthony Wayne, the last in a series of forts built near the Miami village of Kekionga. Named in Wayne's honor, the European-American settlement developed at the confluence of the St. Joseph, St. Marys, and Maumee rivers as a trading post for pioneers. The village was platted in 1823 and underwent tremendous growth after completion of the Wabash and Erie Canal and advent of the railroad. Once a booming manufacturing town located in what became known as the Rust Belt, Fort Wayne's economy in the 21st century is based upon distribution, transportation and logistics, healthcare, professional and business services, leisure and hospitality, and financial services. The city is a center for the defense industry which employs thousands. There are also many jobs through local healthcare providers Parkview Health and Lutheran Health Network. Fort Wayne was an All-America City Award recipient in 1982, 1998, and 2009. The city also received an Outstanding Achievement City Livability Award by the U.S. Conference of Mayors in 1999. 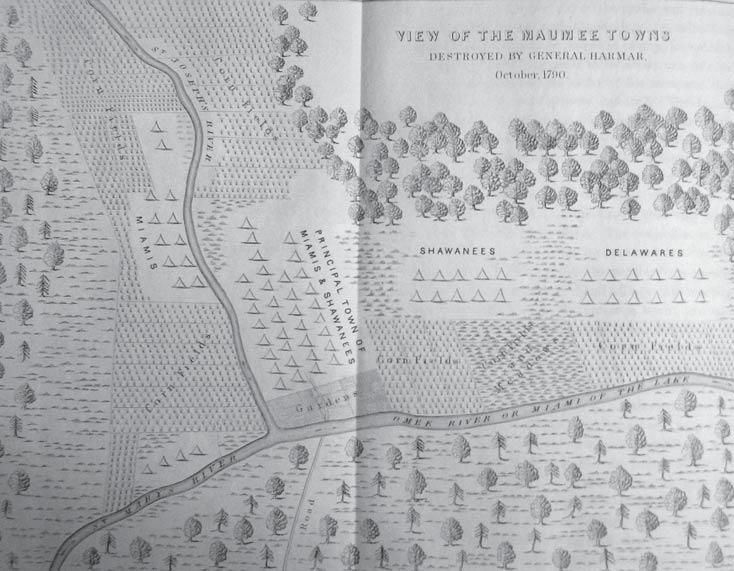 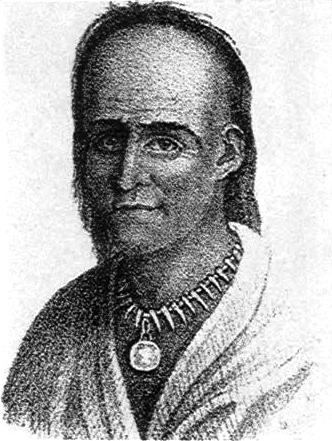 This area at the confluence of rivers was long occupied by successive cultures of indigenous peoples. The Miami tribe established its settlement of Kekionga at the confluence of the Maumee, St. Joseph, and St. Marys rivers. It was the capital of the Miami nation and related Algonquian tribes. In 1696, Comte de Frontenac appointed Jean Baptiste Bissot, Sieur de Vincennes as commander of the outpost. The French built Fort Miami in 1697 as part of a group of forts and trading posts built between Quebec and St. Louis. In 1721, a few years after Bissot's death, Fort Miami was replaced by Fort St. Philippe des Miamis. The first census in 1744 recorded a population of approximately 40 Frenchmen and 1,000 Miami.

Increasing tension between France and Great Britain developed over control of the territory. In 1760, France ceded the area to Britain after its forces in North America surrendered during the Seven Years' War, known on the North American front as the French and Indian War. In 1763, various Native American nations rebelled against British rule and retook the fort as part of Pontiac's Rebellion. The Miami regained control of Kekionga, ruling it for more than 30 years.

In the Treaty of Paris (1783), which ended the American war for independence, Britain transferred to the new United States its claim of sovereignty over the Northwest Territory—the area north and west of the Ohio River, east of the Mississippi River, and south of British Canada. The Native Americans already living there, though, were not part of that treaty and did not cede their ownership of those lands. American land speculators and pioneers began flooding down the Ohio River into the area, leading to conflict with an alliance of native tribes known as the Western Confederacy. It was headquartered at Kekionga, where the Miami had permitted two refugee tribes dislodged by white homesteaders, the Delaware and the Shawnee, to resettle. The confederacy—which included other Great Lakes and Algonquin tribes as well—began sending war parties to raid settlers, hoping to drive them back across the Appalachian Mountains, and refused to meet for negotiations over a possible treaty to instead cede land for white settlement. The growing violence led to the Northwest Indian War. In 1790, President George Washington ordered the United States Army to conquer and pacify the tribes. The first expedition, led by General Josiah Harmar reached Kekionga and burned it, but was then driven off by confederacy warriors led by the Miami war chief Little Turtle. The confederacy attacked the second invading force, led in 1791 by General Arthur St. Clair, before it could get that far and wiped it out, in a massacre known as St. Clair's Defeat at modern-day Fort Recovery, Ohio. General Anthony Wayne led a third expedition, defeating the confederacy's warriors at the Battle of Fallen Timbers, near modern-day Toledo, Ohio on August 20, 1794. Wayne's men then marched up the Maumee River, systematically burning evacuated native towns, crops and winter food stores, until they reached its headwaters, where Kekionga was remained in ruins. Wayne ordered Fort Wayne built there to permanently occupy the area. The following year, Wayne negotiated a peace accord, the Treaty of Greenville with tribal leaders, in which they agreed to stop fighting and ceded most of what is now Ohio along with certain tracts further west, including the area around Fort Wayne encompassing Kekionga and the land portage. Wayne promised the remainder would remain Indian lands, which is why the territory west of Ohio was named Indiana. In subsequent years, the government used Fort Wayne to hand out annual payments under the treaty. But in a recurring cycle, the tribes ran up debts to white traders who came there to sell them alcohol and manufactured goods, and the government pushed tribal leaders—including through bribes—to sell more reservation land to pay off those debts and, when the land was gone, then to agree to have the tribe removed to the Far West.

The first settlement started in 1815. In 1819, the military garrison abandoned the fort and moved to Detroit. In 1822, a federal land office opened to sell land ceded by local Native Americans by the Treaty of St. Mary's in 1818. Platted in 1823 at the Ewing Tavern, the village became an important frontier outpost, and was incorporated as the Town of Fort Wayne in 1829, with a population of 300. The Wabash and Erie Canal's opening improved travel conditions to the Great Lakes and Mississippi River, exposing Fort Wayne to expanded economic opportunities. The population topped 2,000 when the town was incorporated as the City of Fort Wayne on February 22, 1840. Pioneer newspaperman George W. Wood was elected the city's first mayor. Fort Wayne's "Summit City" nickname dates from this period, referring to the city's position at the highest elevation along the canal's route. As influential as the canal was to the city's earliest development, it quickly became obsolete after briefly competing with the city's first railroad, the Pittsburgh, Fort Wayne and Chicago Railway, completed in 1854.

At the turn of the 20th century, the city's population reached nearly 50,000, attributed to a large influx of German and Irish immigrants. Fort Wayne's "urban working class" thrived in industrial and railroad-related jobs. The city's economy was substantially based on manufacturing, ushering in an era of innovation with several notable inventions and developments coming out of the city over the years, such as gasoline pumps (1885), the refrigerator (1913), and in 1972, the first home video game console. A 1913 flood caused seven deaths, left 15,000 homeless, and damaged over 5,500 buildings in the worst natural disaster in the city's history. As the automobile's prevalence grew, Fort Wayne became a fixture on the Lincoln Highway. Aviation arrived in 1919 with the opening of the city's first airport, Smith Field. The airport served as Fort Wayne's primary commercial airfield until Baer Field (now Fort Wayne International Airport) was transferred to the city in 1947 after serving as a military base during World War II. Fort Wayne was hit by the Great Depression beginning in 1929, with most factories cutting their workforce. The stock market crash did not discourage plans to build the city's first skyscraper and Indiana's tallest building at the time, the Lincoln Bank Tower. By 1935, the New Deal's WPA put over 7,000 residents back to work through local infrastructure improvements, including the construction of new parks, bridges, viaducts, and a $5.2 million sewage treatment facility. The post-World War II economic boom helped the city prosper once again. Between 1950 and 1955, more than 5,000 homes were built, many in large subdivisions in rural Allen County. In 1950, Fort Wayne's first bypass, Coliseum Boulevard, opened on the north side of the city, followed by the city's first arena, War Memorial Coliseum, bringing new opportunities for suburban expansion. The Coliseum was home to the NBA's Fort Wayne Pistons from 1952 to 1957. The opening of enclosed shopping malls and the construction of Interstate 69 through rural areas north and west of the city proper further drove the exodus of retail from downtown through the 1960s. According to the Fort Wayne Home Builders Association estimates, more than 80 percent of new home construction occurred outside the city proper in the 1970s. 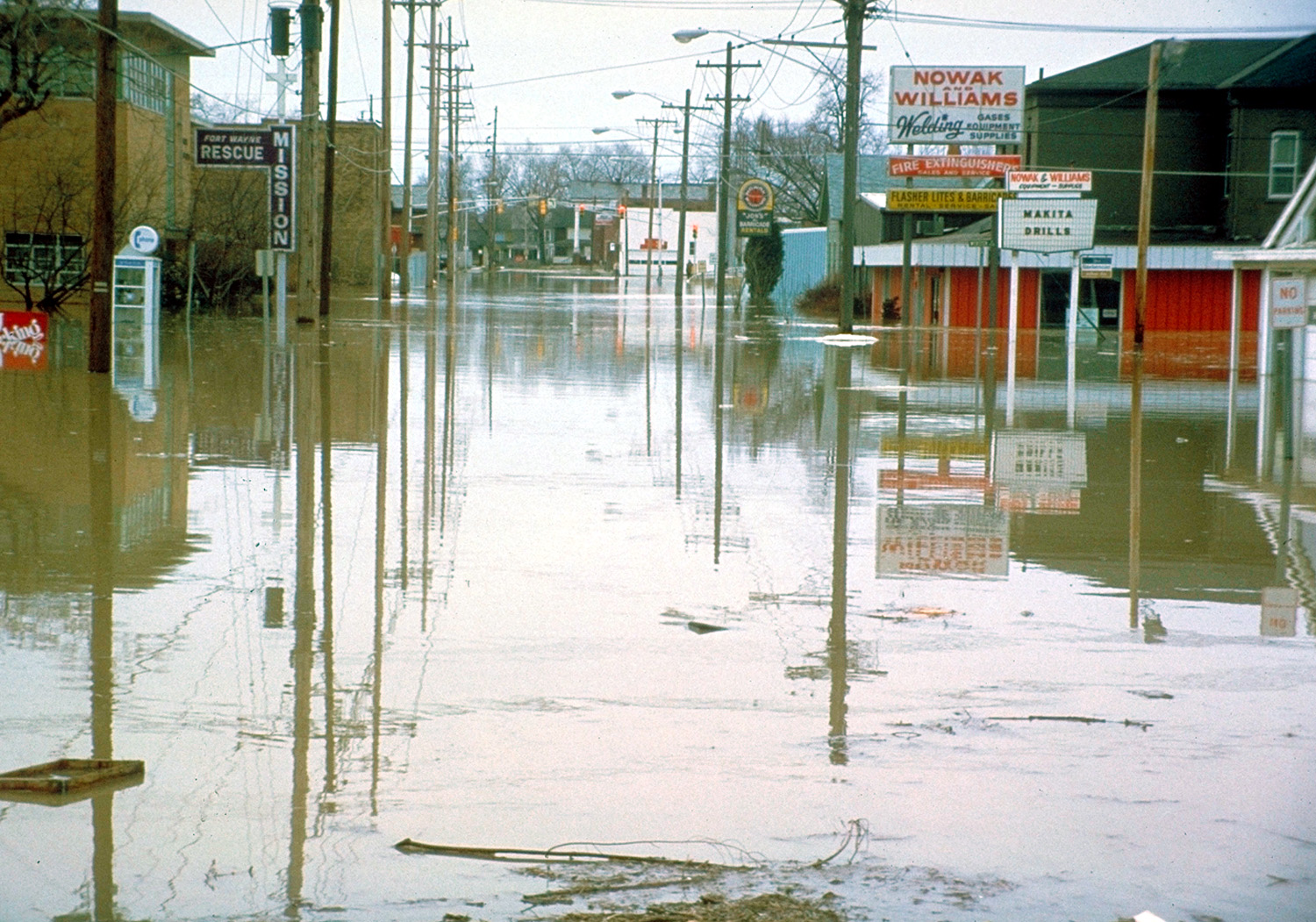 Like many cities in the Rust Belt, deindustrialization in the 1980s brought urban blight, increased crime, and a decrease in blue-collar manufacturing jobs. Downtown and surrounding neighborhoods continued declining as residents and businesses sprawled further into rural Allen County. A 1982 flood forced an evacuation of 9,000 residents, damaging 2,000 buildings, and costing $56.1 million (1982 USD, $137 million 2015 USD), prompting a visit from then president of the United States, Ronald Reagan. The 1990s marked a turnaround for the city, as local leaders focused on crime reduction, economic diversification, and downtown redevelopment. By 1999, Fort Wayne's crime rate decreased to levels not seen since 1974, and the city's economy recovered, with the unemployment rate hovering at 2.4 percent in 1998. Clearing blighted buildings downtown resulted in new public greenspaces, including Headwaters Park, which has become the premier community gathering space and centerpiece in the city's $50 million flood control project. Fort Wayne celebrated its bicentennial in 1994. The city continued to concentrate on downtown redevelopment and investment in the 2000s. The decade saw the beginnings of its transformation, with renovations and expansions of the Allen County Public Library, Grand Wayne Convention Center, and Fort Wayne Museum of Art. In 2007, the $130 million Harrison Square development was launched, creating Parkview Field. Suburban growth continued, with the opening of Fort Wayne's first lifestyle center, Jefferson Pointe, and the half-billion dollar Parkview Regional Medical Center in 2012.

Fort Wayne is in the East North Central region of the Midwestern United States, in northeastern Indiana, west of Ohio and south of Michigan. According to the 2010 census, Fort Wayne has a total area of , of which (or 99.81%) is land and (or 0.19%) is water.

thumb|The St. Marys River (left) and St. Joseph River (right) converge to form the Maumee River (foreground). For a regional summit, the city is situated on flat land characterized by little topographical relief, a result of the Wisconsin glaciation episode. Receding glaciers eroded the land, depositing an evenly distributed layer of sediment during the last glacial period. The most distinguishable topographical feature is Cedar Creek Canyon, just north of the city proper near Huntertown.