Forestry is the science and craft of creating, managing, playing, using, conserving and repairing forests, woodlands, and associated resources for human and environmental benefits. Forestry is practiced in plantations and natural stands. The science of forestry has elements that belong to the biological, physical, social, political and managerial sciences. Modern forestry generally embraces a broad range of concerns, in what is known as multiple-use management, including: * The provision of timber * Fuel wood * Wildlife habitat * Natural water quality management * Recreation * Landscape and community protection * Employment * Aesthetically appealing landscapes * Biodiversity management * Watershed management * Erosion control * Preserving forests as "sinks" for atmospheric carbon dioxide A practitioner of forestry is known as a forester. An other common term is silviculturalist. Silviculture is narrower than forestry, being concerned only with forest plants, but is often used synonymously with forestry. Forest ecosystems have come to be seen as the most important component of the biosphere, and forestry has emerged as a vital applied science, craft, and technology. All people depend upon forests and their biodiversity, some more than others. Forestry is an important economic segment in various industrial countries, as forests provide more than 86 million green jobs and support the livelihoods of many more people. For example, in Germany, forests cover nearly a third of the land area, wood is the most important renewable resource, and forestry supports more than a million jobs and about €181 billion of value to the German economy each year. Worldwide, an estimated 880 million people spend part of their time collecting fuelwood or producing charcoal, many of them women. Human populations tend to be low in areas of low-income countries with high forest cover and high forest biodiversity, but poverty rates in these areas tend to be high. Some 252 million people living in forests and savannahs have incomes of less than US$1.25 per day. 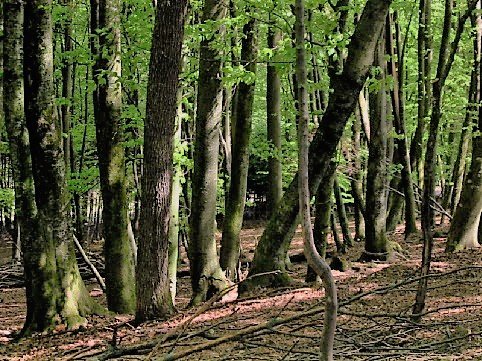 The preindustrial age has been dubbed by Werner Sombart and others as the 'wooden age', as timber and firewood were the basic resources for energy, construction and housing. The development of modern forestry is closely connected with the rise of capitalism, economy as a science and varying notions of land use and property. Roman Latifundiae, large agricultural estates, were quite successful in maintaining the large supply of wood that was necessary for the Roman Empire.