The Town of Flagler is a Statutory Town in Kit Carson County, Colorado, United States. The population was 561 at the 2010 census. Flagler is near Exit 395 on I-70 and about 120 miles east of Denver and Colorado Springs.

The town was established in 1888 as a small settlement near the then-new Rock Island Railroad. The area has had several names, and prior to the settlement of the town, the location had been home to a combined general store and post office named Bowser in memory of the owner's favorite dog who had died. When the town was founded, the town was named Malowe after Rock Island Railroad attorney M. A. Lowe. The town was later renamed after Henry Flagler, railroad builder and oil man, at the request of his daughter who liked the area. The town was officially incorporated in 1916. 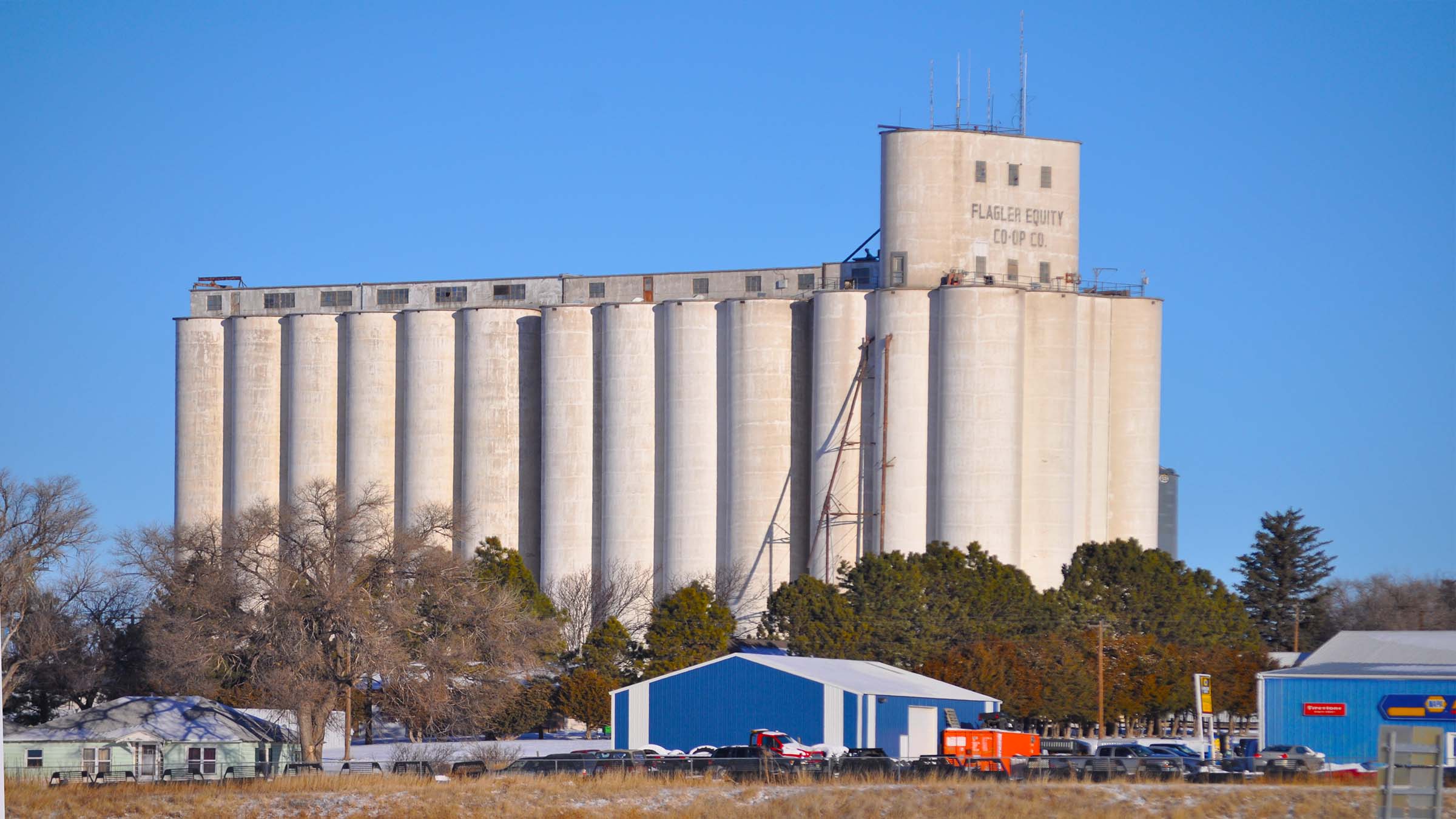 The economy of Flagler and the surrounding area is composed largely of agriculture, specifically wheat and corn production. Flagler is also the self-proclaimed "Birdseed Capital of World," with a Wagner's Wild Bird Seed plant listed as the town's top private employer. Flagler is home to a Loaf 'N Jug convenience store, The Witt's Family (clothing and shoe) Store, a small hotel, a small movie house, a local supermarket, The I-70 (1950's) Diner, and numerous churches. The Flagler area is also home to the Mullen pedal steel guitar factory on County Road MM, about 30 miles N.E. of the town The Town of Flagler is offering free land for business or industry.

Arriba-Flagler Consolidated School District #20 educates local children in grades preschool through 12th, as well as children from nearby Arriba, Colorado. The school's mascot is the panther, and students compete in sports such as Six-man football, volleyball, basketball, baseball, and track. Flagler's archrival is the Stratton Eagles, which Flagler beat to end what was, at the time, the longest winning streak in Colorado high school football history. Flagler Senior High School is represented by the colors orange and black, and is consistently one of the top-performing schools in the state academicall

Flagler is the site of a tragic air show accident that occurred on September 15, 1951. A stunt aircraft performing for Fall Festival Day lost control and impacted the show's spectators, killing twenty people.