The Federal Aviation Administration (FAA) is the largest modern transportation agency and a governmental body of the United States with powers to regulate all aspects of civil aviation in that nation as well as over its surrounding international waters. Its powers include the construction and operation of airports, air traffic management, the certification of personnel and aircraft, and the protection of U.S. assets during the launch or re-entry of commercial space vehicles. Powers over neighboring international waters were delegated to the FAA by authority of the International Civil Aviation Organization. Created in August 1958, the FAA replaced the former Civil Aeronautics Administration (CAA) and later became an agency within the U.S. Department of Transportation. 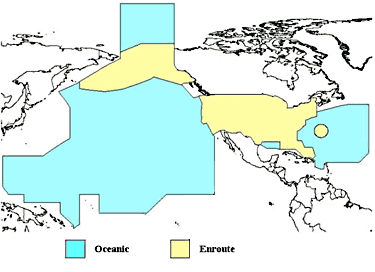 thumb|180px|right|FAA Headquarters, Washington, D.C. The Air Commerce Act of May 20, 1926, is the cornerstone of the federal government's regulation of civil aviation. This landmark legislation was passed at the urging of the aviation industry, whose leaders believed the airplane could not reach its full commercial potential without federal action to improve and maintain safety standards. The Act charged the Secretary of Commerce with fostering air commerce, issuing and enforcing air traffic rules, licensing pilots, certifying aircraft, establishing airways, and operating and maintaining aids to air navigation. The newly created Aeronautics Branch, operating under the Department of Commerce assumed primary responsibility for aviation oversight. In fulfilling its civil aviation responsibilities, the U.S. Department of Commerce initially concentrated on such functions as safety regulations and the certification of pilots and aircraft. It took over the building and operation of the nation's system of lighted airways, a task initiated by the Post Office Department. The Department of Commerce improved aeronautical radio communications—before the founding of the Federal Communications Commission in 1934, which handles most such matters today—and introduced radio beacons as an effective aid to air navigation. The Aeronautics Branch was renamed the Bureau of Air Commerce in 1934 to reflect its enhanced status within the Department. As commercial flying increased, the Bureau encouraged a group of airlines to establish the first three centers for providing air traffic control (ATC) along the airways. In 1936, the Bureau itself took over the centers and began to expand the ATC system. The pioneer air traffic controllers used maps, blackboards, and mental calculations to ensure the safe separation of aircraft traveling along designated routes between cities. In 1938, the Civil Aeronautics Act transferred the federal civil aviation responsibilities from the Commerce Department to a new independent agency, the Civil Aeronautics Authority. The legislation also expanded the government's role by giving the CAA the authority and the power to regulate airline fares and to determine the routes that air carriers would serve. President Franklin D. Roosevelt split the authority into two agencies in 1940: the Civil Aeronautics Administration (CAA) and the Civil Aeronautics Board (CAB). CAA was responsible for ATC, airman and aircraft certification, safety enforcement, and airway development. CAB was entrusted with safety regulation, accident investigation, and economic regulation of the airlines. The CAA was part of the Department of Commerce. The CAB was an independent federal agency. On the eve of America's entry into World War II, CAA began to extend its ATC responsibilities to takeoff and landing operations at airports. This expanded role eventually became permanent after the war. The application of radar to ATC helped controllers in their drive to keep abreast of the postwar boom in commercial air transportation. In 1946, meanwhile, Congress gave CAA the added task of administering the federal-aid airport program, the first peacetime program of financial assistance aimed exclusively at development of the nation's civil airports. The approaching era of jet travel, and a series of midair collisions (most notable was the 1956 Grand Canyon mid-air collision) prompted passage of the Federal Aviation Act of 1958. This legislation gave the CAA's functions to a new independent body, the Federal Aviation Agency. The act transferred air safety regulation from the CAB to the new FAA, and also gave the FAA sole responsibility for a common civil-military system of air navigation and air traffic control. The FAA's first administrator, Elwood R. Quesada, was a former Air Force general and adviser to President Eisenhower. The same year witnessed the birth of the National Aeronautics and Space Administration (NASA), created in the wake of the Soviets launching the first artificial satellite and assuming NACA's role of aeronautical research. In 1967, a new U.S. Department of Transportation (DOT) combined major federal responsibilities for air and surface transport. The Federal Aviation Agency's name changed to the Federal Aviation Administration as it became one of several agencies (e.g., Federal Highway Administration, Federal Railroad Administration, the Coast Guard, and the Saint Lawrence Seaway Commission) within DOT (albeit the largest). The FAA administrator would no longer report directly to the president but would instead report to the Secretary of Transportation. New programs and budget requests would have to be approved by DOT, which would then include these requests in the overall budget and submit it to the president. At the same time, a new National Transportation Safety Board took over the Civil Aeronautics Board's (CAB) role of investigating and determining the causes of transportation accidents and making recommendations to the secretary of transportation. CAB was merged into DOT with its responsibilities limited to the regulation of commercial airline routes and fares. The FAA gradually assumed additional functions. The hijacking epidemic of the 1960s had already brought the agency into the field of civil aviation security. In response to the hijackings on September 11, 2001, this responsibility is now primarily taken by the Department of Homeland Security. The FAA became more involved with the environmental aspects of aviation in 1968 when it received the power to set aircraft noise standards. Legislation in 1970 gave the agency management of a new airport aid program and certain added responsibilities for airport safety. During the 1960s and 1970s, the FAA also started to regulate high altitude (over 500 feet) kite and balloon flying. 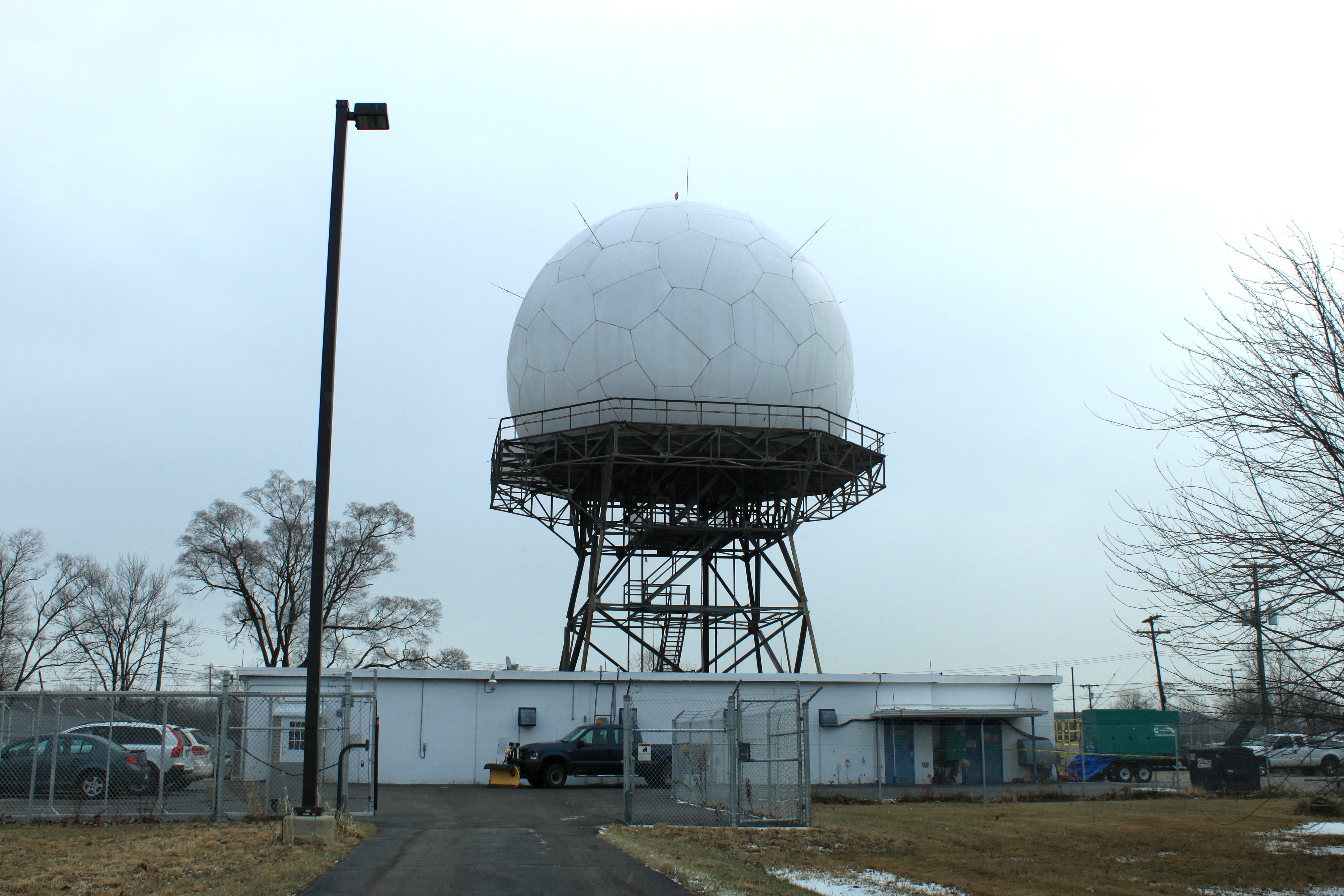 By the mid-1970s, the agency had achieved a semi-automated air traffic control system using both radar and computer technology. This system required enhancement to keep pace with air traffic growth, however, especially after the Airline Deregulation Act of 1978 phased out the CAB's economic regulation of the airlines. A nationwide strike by the air traffic controllers union in 1981 forced temporary flight restrictions but failed to shut down the airspace system. During the following year, the agency unveiled a new plan for further automating its air traffic control facilities, but progress proved disappointing. In 1994, the FAA shifted to a more step-by-step approach that has provided controllers with advanced equipment. In 1979, Congress authorized the FAA to work with major commercial airports to define noise pollution contours and investigate the feasibility of noise mitigation by residential retrofit programs. Throughout the 1980s, these charters were implemented. In the 1990s, satellite technology received increased emphasis in the FAA's development programs as a means to improvements in communications, navigation, and airspace management. In 1995, the agency assumed responsibility for safety oversight of commercial space transportation, a function begun eleven years before by an office within DOT headquarters. The agency was responsible for the decision to ground flights after the September 11 attacks.

In December 2000, an organization within the FAA called the Air Traffic Organization, (ATO) was set up by presidential executive order. This became the air navigation service provider for the airspace of the United States and for the New York (Atlantic) and Oakland (Pacific) oceanic areas. It is a full member of the Civil Air Navigation Services Organisation. The FAA issues a number of awards to holders of its certificates. Among these are demonstrated proficiencies as an aviation mechanic (the AMT Awards), a flight instructor (Gold Seal certification), a 50-year aviator (Wright Brothers Master Pilot Award), a 50-year mechanic (Charles Taylor Master Mechanic Award) or as a proficient pilot. The latter, the FAA "WINGS Program", provides a lifetime series of grouped proficiency activities at three levels (Basic, Advanced, and Master) for pilots who have undergone several hours of ground and flight training since their last WINGS award, or "Phase". For more information on all these programs, visit www.faasafety.gov or inquire at an FAA Flight Standards District Office (FSDO). For more information on the WINGS program, please see FAA Advisory Circular AC 61-91J. The FAA encourages volunteerism in the promotion of aviation safety. The FAA Safety Team, or FAASTeam, works with Volunteers at several levels and promotes safety education and outreach nationwide. For more information, inquire at an FAA Flight Standards District Office (FSDO). On March 18, 2008, the FAA ordered its inspectors to reconfirm that airlines are complying with federal rules after revelations that Southwest Airlines flew dozens of aircraft without certain mandatory inspections. The FAA exercises surprise Red Team drills on national airports annually. On October 31, 2013, after outcry from media outlets, including heavy criticism from Nick Bilton of ''The New York Times'', the FAA announced it will allow airlines to expand the passengers use of portable electronic devices during all phases of flight, but mobile phone calls would still be prohibited (and use of cellular networks during any point when aircraft doors are closed remains prohibited to-date). Implementation initially varied among airlines. The FAA expected many carriers to show that their planes allow passengers to safely use their devices in airplane mode, gate-to-gate, by the end of 2013. Devices must be held or put in the seat-back pocket during the actual takeoff and landing. Mobile phones must be in airplane mode or with mobile service disabled, with no signal bars displayed, and cannot be used for voice communications due to Federal Communications Commission regulations that prohibit any airborne calls using mobile phones. From a technological standpoint, cellular service would not work in-flight because of the rapid speed of the airborne aircraft: mobile phones cannot switch fast enough between cellular towers at an aircraft's high speed. However, the ban is due to potential radio interference with aircraft avionics. If an air carrier provides Wi-Fi service during flight, passengers may use it. Short-range Bluetooth accessories, like wireless keyboards, can also be used. In July 2014, in the wake of the downing of Malaysia Airlines Flight 17, the FAA suspended flights by U.S. airlines to Ben Gurion Airport during the 2014 Israel–Gaza conflict for 24 hours. The ban was extended for a further 24 hours but was lifted about six hours later. The FAA Reauthorization Act of 2018 gives the FAA one year to establish minimum pitch, width and length for airplane seats, to ensure they are safe for passengers. The first FAA licensed orbital human space flight took place on November 15, 2020, carried out by SpaceX on behalf of NASA.

On March 19, 2019, President Donald Trump announced he would nominate Stephen Dickson, a former executive and pilot at Delta Air Lines, to be the next FAA Administrator.