The English Channel,, "The Sleeve"; nrf|la Maunche, "The Sleeve" (Cotentinais) or (Jèrriais), (Guernésiais), "The Channel"; br|Mor Breizh, "Sea of Brittany"; cy|Môr Udd, "Lord's Sea"; kw|Mor Bretannek, "British Sea"; nl|Het Kanaal, "The Channel"; german: Ärmelkanal, "Sleeve Channel" also called simply the Channel, is an arm of the Atlantic Ocean that separates Southern England from northern France and links to the southern part of the North Sea by the Strait of Dover at its northeastern end. It is the busiest shipping area in the world. It is about long and varies in width from at its widest to in the Strait of Dover. It is the smallest of the shallow seas around the continental shelf of Europe, covering an area of some . The Channel was a key factor in Britain becoming a naval superpower and has been utilised by Britain as a natural defence mechanism through which they halted many invasions, such as the Napoleonic Wars and those of Adolf Hitler in World War II. The population around the English Channel is predominantly located on the English coast and the major languages spoken in this region are French and English. 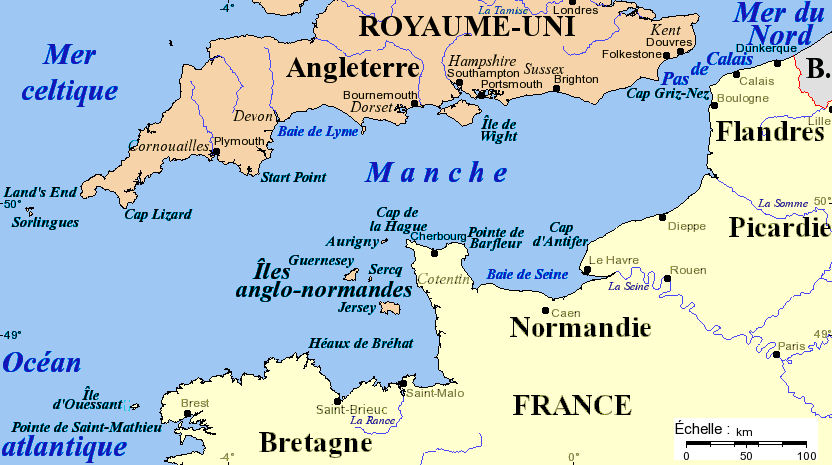 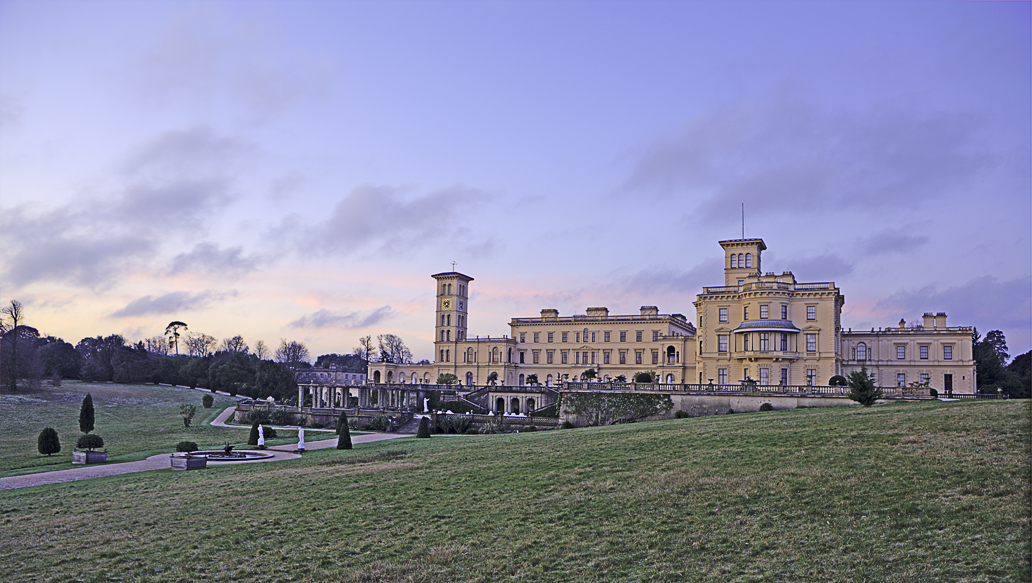 Known colloquially to the English as the ''Narrow Sea'', until the 18th century, the English Channel had no fixed name either in English or in French. It was never defined as a political border, and the names were more or less descriptive. It was not considered as the property of a nation. Before the development of the modern nations, British scholars very often referred to it as ''Gaulish'' ( la|Gallicum) and French scholars as ''British'' or ''English''. The name ''English Channel'' has been widely used since the early 18th century, possibly originating from the designation in Dutch sea maps from the 16th century onwards. In modern Dutch, however, it is known as (with no reference to the word "English"). Later, it has also been known as the ''British Channel'' or the ''British Sea''. It was called by the 2nd-century geographer Ptolemy. The same name is used on an Italian map of about 1450, which gives the alternative name of —possibly the first recorded use of the ''Channel'' designation. The Anglo-Saxon texts often call it ('South Sea') as opposed to ('North Sea' = Bristol Channel). The common word ''channel'' was first recorded in Middle English in the 13th century and was borrowed from Old French , variant form of 'canal'. The French name has been used since at least the 17th century. The name is usually said to refer to the Channel's sleeve (french: link=no|la manche) shape. Folk etymology has derived it from a Celtic word meaning 'channel' that is also the source of the name for the Minch in Scotland, but this name is not attested before the 17th century, and French and British sources of that time are perfectly clear about its etymology. The name in French has been directly adapted in other Romance languages ( es|Canal de la Mancha, pt|Canal da Mancha, it|La Manica). The name in Breton () means 'Breton Sea', and its Cornish name () means 'British Sea'. 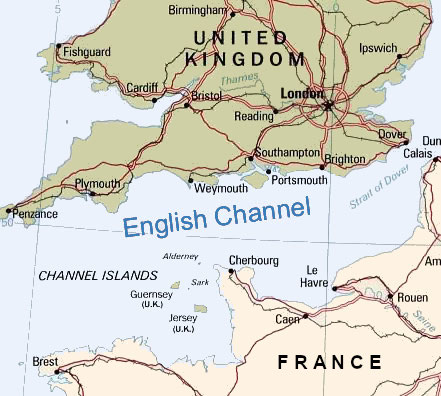 The International Hydrographic Organization defines the limits of the English Channel as follows: The IHO defines the southwestern limit of the North Sea as "a line joining the Walde Lighthouse (France, 1°55'E) and Leathercoat Point (England, 51°10'N)".