Click Here for Items Related To - Economy of Ascension Island


Ascension Island is an isolated volcanic island, 7°56′ south of the Equator in the South Atlantic Ocean. It is about from the coast of Africa and from the coast of Brazil. It is governed as part of the British Overseas Territory of Saint Helena, Ascension and Tristan da Cunha, of which the main island, Saint Helena, is around to the southeast. The territory also includes the sparsely populated Tristan da Cunha archipelago, to the south, about halfway to the Antarctic Circle. Named after the day of its recorded discovery, Ascension of Jesus, Ascension Island was an important safe haven as a coaling station to mariners and a refueling stop for commercial airliners back in the days of international air travel by flying boats. During World War II, it was an important naval and air station, especially providing antisubmarine warfare bases in the Battle of the Atlantic. Ascension Island was garrisoned by the British Admiralty from 22 October 1815 to 1922. The island is the location of RAF Ascension Island, which is a Royal Air Force station, a European Space Agency rocket tracking station, an Anglo-American signals intelligence facility and the BBC World Service Atlantic Relay Station. The island was used extensively as a staging point by the British military during the Falklands War. Ascension Island hosts one of four ground antennas that assist in the operation of the Global Positioning System (GPS) navigational system (others are on Kwajalein Island, Diego Garcia, and Cape Canaveral). NASA operates a Meter Class Autonomous Telescope (MCAT) on Ascension Island for tracking orbital debris, which is potentially hazardous to operating spacecraft and astronauts, at a facility called the John Africano NASA/AFRL Orbital Debris Observatory. 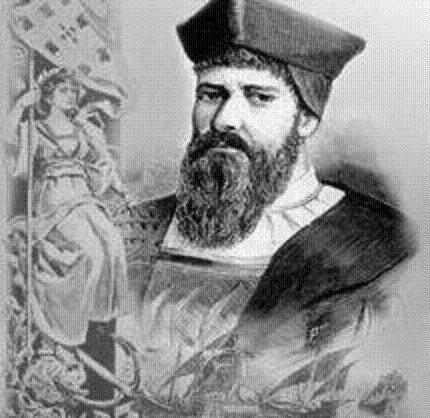 In 1501, the Portuguese navigator João da Nova sighted the island on Ascension Day (which fell on 21 May that year) and named it ''Ilha da Ascensão'' after this feast day. Dry and barren, the island had little appeal for passing ships except for collecting fresh meat, and was not claimed for the Portuguese Crown. Mariners could hunt for the numerous seabirds and the enormous female green turtles that laid their eggs on the sandy beaches. The Portuguese also introduced goats as a potential source of meat for future mariners. In February 1701, HMS ''Roebuck'', commanded by William Dampier, sank in the common anchoring spot in Clarence Bay to the northwest of the island. Sixty men survived for two months until they were rescued. Almost certainly, after a few days they found the strong water spring in the high interior of the island, in what is now called Breakneck Valley (there is a much smaller water source, lower on the mountain, which was named Dampier's Drip by people who probably misinterpreted Dampier's story). It is possible that the island was sometimes used as an open prison for criminal mariners, although there is only one documented case of such an exile, a Dutch ship's officer, Leendert Hasenbosch, set ashore at Clarence Bay as a punishment for sodomy in May 1725. British mariners found the Dutchman's tent, belongings and diary in January 1726; the man's remains were not found. His diary was published in translation in London later that same year, under the title ''Sodomy Punish'd''.

Organised settlement of Ascension Island began in 1815, when the British garrisoned it as a precaution after imprisoning Napoleon on Saint Helena to the southeast. On 22 October the s and claimed the island for King George III. The Royal Navy designated the island as a stone frigate, HMS ''Ascension'', with the classification of "Sloop of War of the smaller class". 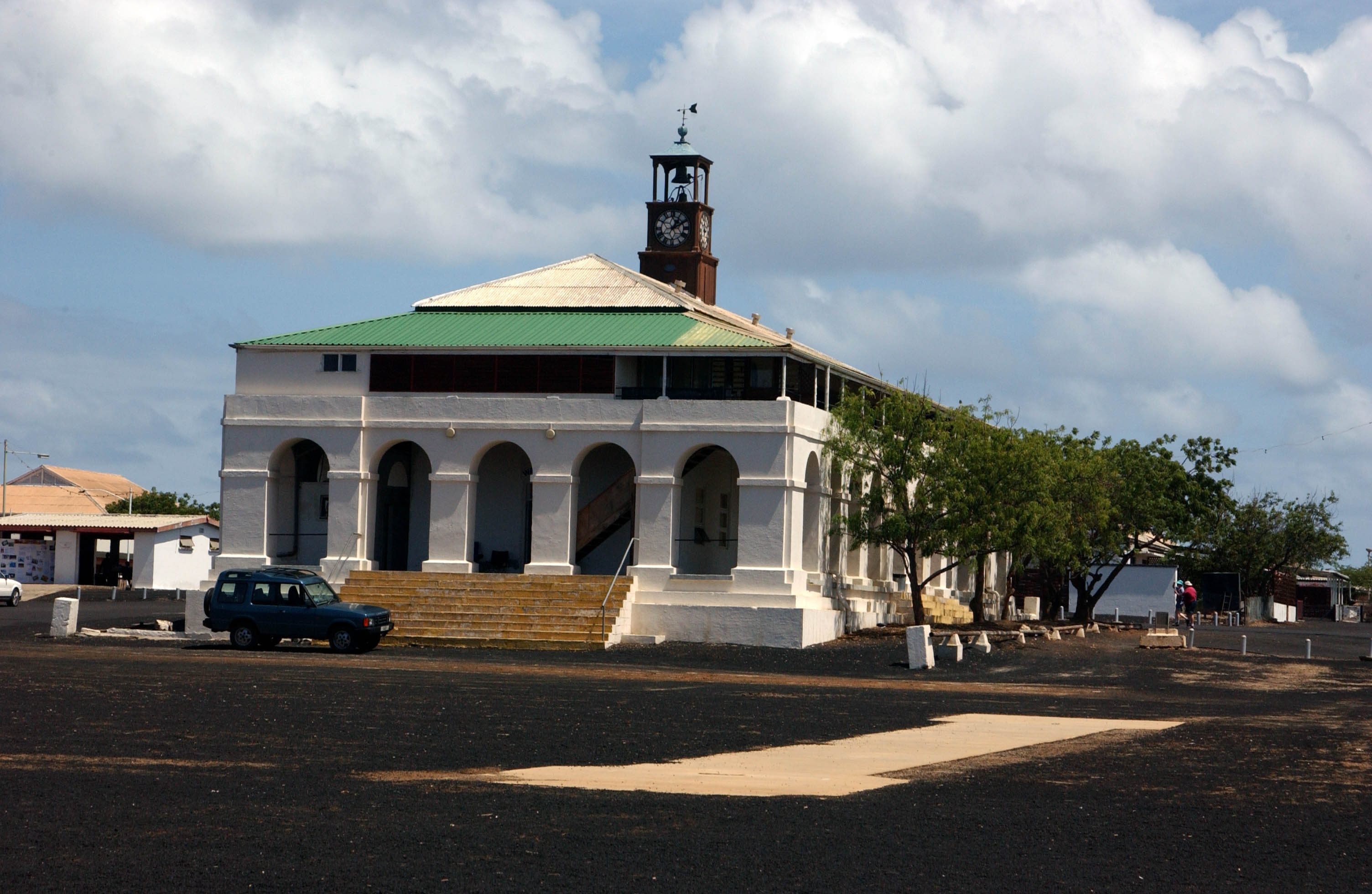 The location of the island made it a useful stopping-point for ships and communications. The Royal Navy used the island as a victualling station for ships, particularly those of the West Africa Squadron working against the slave trade. A garrison of Royal Marines was based at Ascension from 1823 and Colonel Edward Nicolls became the first commandant.

In 1836 the second ''Beagle'' voyage visited Ascension. Charles Darwin described it as an arid treeless island, with nothing growing near the coast. Sparse vegetation inland supported "about six hundred sheep, many goats, a few cows & horses," large numbers of guineafowl imported from the Cape Verde islands, rats, mice, and land crabs; he agreed with the saying attributed to the people of St Helena that "We know we live on a rock, but the poor people at Ascension live on a cinder." He noted the care taken to sustain "houses, gardens & fields placed near the summit of the central mountain," and cisterns at roadsides to provide drinking water. The springs were carefully managed, "so that a single drop of water may not be lost: indeed the whole island may be compared to a huge ship kept in first-rate order." In commenting on this, he noted René Primevère Lesson's remark "that the English nation alone would have thought of making the island of Ascension a productive spot; any other people would have held it as a mere fortress in the ocean." In 1843, botanist and explorer Joseph Hooker visited the island. Four years later, Hooker, with much encouragement from Darwin, advised the Royal Navy that with the help of Kew Gardens, they should institute a long-term plan of shipping trees to Ascension. The planted trees would capture more rain and improve the soil, allowing the barren island to become a garden. So, from 1850 and continuing year on year, ships came with an assortment of plants from botanical gardens in Argentina, Europe and South Africa. By the late 1870s Norfolk pines, eucalyptus, bamboo, and banana trees grew in profusion at the highest point of the island, Green Mountain, creating a tropical cloud forest.

Beginning in July 1877, the astronomer Sir David Gill and his wife Isobel spent six months on Ascension Island. This was to take advantage of the near approach of Mars occurring that year. Based on Johannes Kepler's laws of planetary motion, Gill conceived that in pioneering the use of a heliometer he would be able to accurately measure the transit of Mars on his own, rather than in combination with many observers simultaneously recording the position of the planet as had been the technique during the time. This is because a heliometer is a telescope that uses a split image to measure the angular separation of celestial bodies. In observing this from near the equator a greater observable distance would be visible, hence a temporary observatory being decided upon for Ascension. Although originally based in Georgetown, the pair found the evenings to be too cloudy to make observations of the night sky due to Georgetown being located downwind of orographic cloud emanating from Green Mountain. Isobel quickly endeavoured to find an area less affected by the evening cloud and trekked for several miles over lava fields to find a new location. Having found an area on the south west of the island seemingly less affected, they then had to determine how to move 20 tons of delicate observational equipment to the new location. Fortunately a small clear beach was located nearby which was used for landing the equipment by sea. This was later named Mars Bay, a name which it carries to this day and which has since been designated a Nature Reserve. The couple then spent several months camped out at the bay making their observations, assisted by a krooman and a marine. All of the effort was ultimately a success producing a solar distance of 93.08 ± 0.16 million miles, not far off the modern day measurement of 92.9558. As a result of his work on the solar parallax David Gill went on to be appointed Royal Astronomer at the Cape of Good Hope.

Between 1872 and 1889, the permanent population of the island was listed as HMS ''Flora'' (Tender), under the orders of the Commander-in-Chief, Cape of Good Hope. ''HMS Flora (1844)'' had been the guardship at Ascension from 1865 to 1872 before being ordered south to become the Simonstown depot ship. Five ratings died while on a recreational boat trip in 1879. In 1899, the Eastern Telegraph Company installed the first underwater cable from the island, connecting the UK with its colonies in South Africa. In 1922, letters patent made Ascension a dependency of Saint Helena. The island was managed by the head of the Eastern Telegraph Company on the island until 1964 when the British Government appointed an Administrator to represent the Governor of Saint Helena on Ascension. 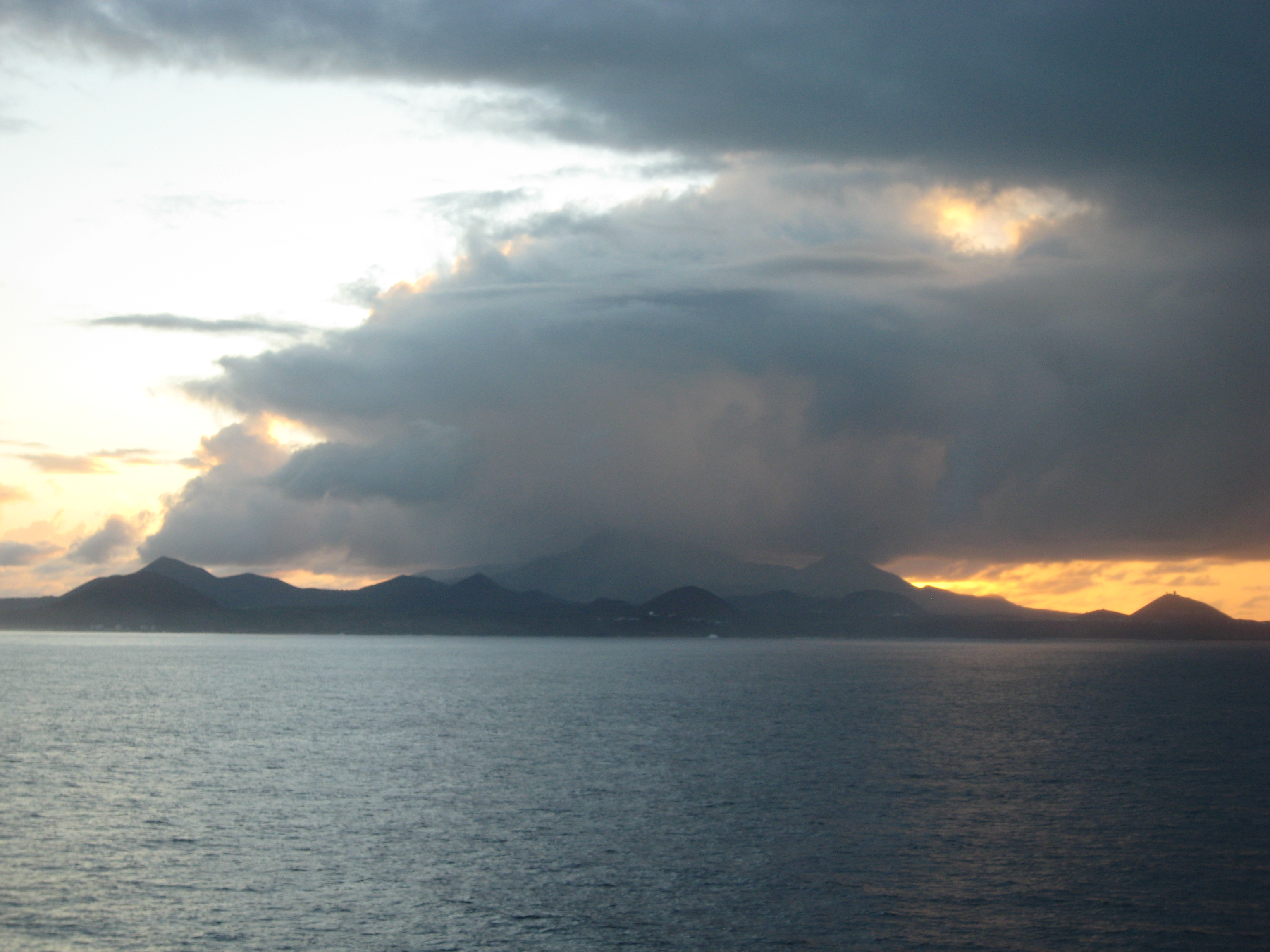 The Island was under direct control of the Board of Admiralty until 1923. During World War II, to supply and augment extensive amphibious aircraft antisubmarine patrol operations ongoing from the early days of the war, the United States built an airbase on Ascension Island, known as "Wideawake", after a nearby colony of sooty terns (locally called 'wideawake' birds because of their loud, distinctive constant (day-and-night) cawing chatter).