East Windsor is a town in Hartford County, Connecticut, United States. The population was 11,162 at the 2010 census. The town has five villages: Broad Brook, Melrose, Scantic, Warehouse Point and Windsorville.

In 1633, Settlers laid claim to the area now known as Windsor which included East Windsor. No English settlers lived on the east side of the river. The first English settler in what is today known as East Windsor, was William Pynchon, the founder of Springfield, Massachusetts. In 1636, he erected a warehouse for his settlement's transshipment of goods at what is now known as "Warehouse Point". Warehouse Point served as the southern border of Springfield, Massachusetts, for 132 years — until 1768 — when Warehouse Point, Connecticut, was annexed by the Connecticut Colony. Pynchon selected the site of Warehouse Point because of its location near the Enfield Falls — the first major falls in the Connecticut River, where all seagoing vessels were forced to terminate their voyages, and then transship to smaller shallops. By constructing a warehouse at Warehouse Point, Pynchon essentially forced all northern Connecticut River business to run through him and his settlement at Springfield. Meanwhile, most of today's East Windsor was part of the prominent Windsor settlement on the east side of the river. Settlers avoided the East Side of the river due to the Podunk tribe who inhabited the area, particularly following King Philip's War in 1675. Simon Wolcott was the first settler in today's East Windsor. East Windsor also included today's Ellington and South Windsor. Eventually on May 10, 1768, The East Windsor parish was partitioned from Windsor. The center of town became what is now East Windsor Hill in today's South Windsor. The North Part of town center was Scantic. In 1818, resident Solomon Ellsworth Jr, was blasting a hole for his well to go alongside of his house in town. While in the process, he found some foreign bones, not known at the time. These bones would last be sent to Yale University and would later determine to be Dinosaur fossils, specifically, one of an Anchisaurus. Though not the first fossils to be found, the discovery of the fossils led to the dinosaur discovery craze that occurred later on in the century as these were the first bones to be known as a dinosaur, four years before William Buckland determined it. The bones are still at Yale while the Ellsworth Homestead still stands on Rye Street near the South Windsor line. In 1832, the Broad Brook Mill was created at the waterfall of the Mill Pond. The town has five sections of town, Warehouse Point, Broad Brook, Scantic, Melrose, and Windsorville. The oldest section of town is Warehouse Point, which, as mentioned, was first used by William Pynchon in the 1630s, and later settled as part of Springfield in the 1680s. The Scantic section of town was the center of town until the mills were built. The Windsorville section of town was once its own community, featuring a church, post office, mini-mart, and a park. Mulnite Farms is a tobacco farm on Graham Road, established in 1905. In 1897, the town's voluntary fire department was created in the mill. The Broad Brook Elementary school was established in 1951. In 1961 the town hall burned down. The new town hall is on Rye Street across from the elementary school. The new voluntary fire department building and senior center was built on the same site of the old town hall. On Memorial Day Weekend, in 1986, the Broad Brook Mill caught on fire during renovations, with the mill and the tire shop (on the site of the mill) burned down and the smoke being seen as far as Bradley International Airport and Hartford. A new mini strip mall was built on the site of the mill.

According to the United States Census Bureau, the town has a total area of , of which is land and , or 2.11%, is water.

East Windsor is bordered by the town of Enfield to the north, South Windsor to the south, Ellington to the east, and Windsor Locks and Windsor to the west, across the Connecticut River. By virtue of its location on the Connecticut River, Windsor functioned as a vital port. Merchants on both sides of the river shipped timber products, brick, livestock, wheat, tobacco and other produce to supply plantations in the West Indies, importing sugar, molasses, salt, and British manufactured textiles, ceramics, hardware and glass on return trips. Windsor's Hooker and Chaffee mercantile firm maintained a store and packing houses right off Windsor's Palisado Green. Small scale shipbuilding took place at the mouth of the Scantic River in what is now South Windsor, Warehouse Point in what is now East Windsor, and along the Farmington from as far upriver as today's village of Poquonock (Stiles p. 428-9).

U.S. Route 5 runs through the town from the border with South Windsor to Enfield. East Windsor is halfway between Hartford and Springfield, each away. Interstate 91 serves East Windsor with exits 44 and 45. Windsor Locks station is the nearest passenger train station. Bradley International Airport is away. Skylark Airport is a small airstrip to help young aviators learn how to fly. 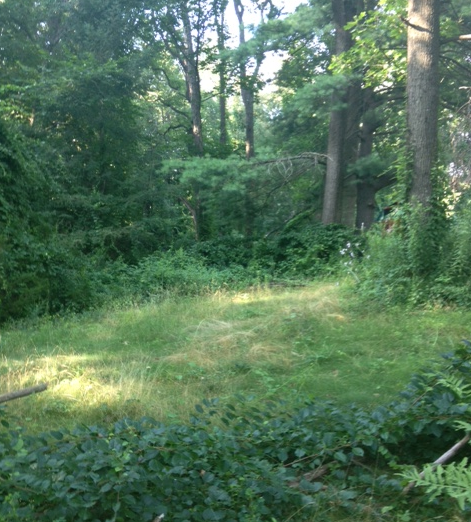 *The Connecticut Trolley Museum and the Connecticut Fire Museum are located in the Warehouse Point section of town. *The East Windsor Academy Museum operated by the historical society is located in the Scantic neighborhood. *The East Windsor Hill section of the nearby town of South Windsor was the boyhood home of the theologian Jonathan Edwards. *The Melrose School, now called the Melrose Library, is a one-room schoolhouse that was active until the early 20th century. It is located in the Melrose section of town and is now used for local functions. *St. John's Episcopal Church (Warehouse Point, Connecticut) is on the National Register of Historic Places.