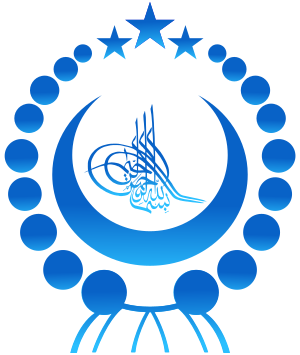 The East Turkestan independence movement ( zh|s=东突厥斯坦独立运动) is a political movement that seeks the independence of East Turkestan, a large and sparsely-populated region in northwest China, as a homeland for the Uyghur people, who are primarily of Turkic rather than Sinitic (Han Chinese) ethnic extraction. The region is currently administered as a province-level subdivision of the People's Republic of China (PRC), under the official name Xinjiang Uyghur Autonomous Region (XUAR). Within the movement, there is widespread support for the region to be renamed, since "Xinjiang" is seen by independence activists as a colonial name. "East Turkestan" is the most well-known proposed name. "Uyghurstan" is another well-known proposed name. Xinjiang was initially conquered by the Qing dynasty, a historical Chinese ethnic-Manchu regime, in the 1750s, with 1759 being the year of the establishment of the original form of the modern day administrative region. Xinjiang was subsequently inherited by the Republic of China (ROC), which succeeded the Qing dynasty in 1912, and then by the PRC, which mostly succeeded the ROC in 1949 (except in Taiwan and other minor islands). Throughout Qing and ROC rule, there were several periods of brief ''de facto'' independence for either the entire region of Xinjiang or parts of it, as well as foreign occupation and warlord governance. The PRC incorporation of Xinjiang occurred soon after the regime was established in 1949, and since then, Xinjiang has remained a region of China. The PRC claims that Xinjiang has been part of China for over 2000 years, though evidence for this claim is scant. Historically, Xinjiang has never truly been independent as "East Turkestan", though various non-Chinese regimes controlled the region at various points prior to the 1750s. Xinjiang has been a hotbed of ethnic and religious conflict throughout much of the period that it has been governed by successive Chinese regimes. The Chinese government considers all support for the East Turkestan independence movement to fall under the definitions of "terrorism, extremism, and separatism". The East Turkestan independence movement is supported by both militant Islamic extremist groups which have been designated terrorist organizations by several countries and the United Nations, such as the Turkistan Islamic Party, as well as certain advocacy groups, such as the East Turkistan National Awakening Movement. It is officially represented by the East Turkistan Government in Exile based in Washington, DC which denounced militant and jihadist groups.

The most common name for Xinjiang used by independence advocates is "East Turkestan" (or "Uyghurstan"). There is no consensus among secessionists about whether to use "East Turkestan" or "Uyghurstan"; "East Turkestan" has the advantage of also being the name of two historical political entities in the region, while Uyghurstan appeals to modern ideas of ethnic self-determination. Uyghurstan is also a difference in emphasis in that it excludes more peoples in Xinjiang than just the Han, but the "East Turkestan" movement is still a Uyghur phenomenon. The name "East Turkestan" is not currently used in an official sense by most sovereign states and intergovernmental organizations. Another proposed alternative is "Yarkand" or "Yarkent," which harkens back to the Yarkent Khanate, a powerful Uyghur state in the 16th and 17th centuries.

The Kokandi Yaqub Beg invaded Kashgar during the Dungan revolt to establish an independent state after taking advantage of local rebellions. Also, during the Dungan revolt, the Taranchi Turkic Muslims in Xinjiang initially cooperated with the Dungans (Chinese Muslims) when they rose in revolt, but turned on them, because the Dungans, mindful of their Chinese heritage, attempted to subject the entire region to their rule. The Taranchi massacred the Dungans at Kuldja and drove the rest through the Talk pass into the Ili valley.

One of the earliest attempts at East Turkestan independence was the establishment of the short-lived "First East Turkestan Republic" (aka "Turkish Islamic Republic of East Turkestan"), which lasted between 1933 and 1934. This republic was formed following a rebellion in Kashgar against the Republic of China (1912–1949) (ROC), which was still in the process of conquering Kashgar after two decades of Warlordism in China (ROC). The Chinese Hui Muslim 36th Division (National Revolutionary Army) re-annexed the First East Turkestan Republic following Chinese (ROC) victories at the conclusions of the Battle of Kashgar (1933) and Battle of Kashgar (1934). During the later years of China under the ROC, which was engaged against the Chinese Communists in the context of the Chinese Civil War, the Soviet Union under leader Joseph Stalin invaded Xinjiang and assisted a local rebellion at Ili (Yining City). The rebellion led to the establishment of the Second East Turkistan Republic (1944–1949), which existed in three northern districts (Ili, Tarbaghatai, Altai) of Xinjiang with secret aid from the Soviet Union. After emerging (mostly) victorious at the conclusion of the Chinese Civil War in 1949, the People's Liberation Army annexed Xinjiang from the ROC and the Second East Turkestan Republic.


Within the People's Republic of China (1949–present)

Ever since the Chinese economic reform from the late 1970s exacerbated uneven regional development, while Uyghurs have migrated to urbanizing Xinjiang cities, some Hans have also migrated to Xinjiang for independent economic advancement. Increased ethnic contact and labor competition coincided with Uyghur separatist terrorism from the 1990s, such as the 1997 Ürümqi bus bombings. A police roundup of suspected separatists during Ramadan resulted in large demonstrations that turned violent in February 1997 in an episode known as the Ghulja Incident that led to at least 9 deaths. The Ürümqi bus bombings of 25 February 1997, perhaps a response to the crackdown that followed the Ghulja Incident, killed 9 and injured 68. Speaking on separatist violence, Erkin Alptekin, a former East Turkestan National Congress chairman and prominent Uyghur activist, said: "We must emphasize dialog and warn our youth against the use of violence because it delegitimizes our movement".

Despite much talk of separatism and terrorism in Xinjiang, especially after the 9-11 attacks in the United States and the US invasion of Afghanistan, the situation in Xinjiang was quiet from the late nineties through mid-2006. In 2005, Uygur author Nurmemet Yasin was sentenced to ten years' imprisonment for inciting separatism following his publication of an allegorical short story, "The Blue Pigeon". Rebiya Kadeer claimed that Turkey is hampered from interfering with the Uyghurs because it recognizes that the Kurdish-Turkish conflict may receive interference from China in retaliation.


Arguments in favor of independence

Several proponents of independence state that the Uyghurs have had a defined history in Xinjiang for "over 4000 years", a claim which has neither been proven nor disproven. There are historical arguments for the independence of Xinjiang, such as the argument that the People's Republic of China is a colonial occupier of Xinjiang, rather than the sovereign state which has traditionally ruled over Xinjiang. Evidence for this argument usually consists of claims that the PRC is not the legitimate successor state to either the ROC (now based in Taiwan) or the previous imperial dynasty of China, which is the Qing dynasty, or that previous regimes were also illegitimate.

The main camp which is opposed to Xinjiang (East Turkestan) independence is the Government of China and its supporters (including Chinese nationalists). China officially claims that Xinjiang has been part of China (the historical region) since the year 60 BCE, when the Han dynasty of China established the Protectorate of the Western Regions. China claims that Xinjiang has always belonged to China even at times when it was occupied by several other countries. Historically, various Chinese governments have described invasions of Xinjiang as a sort of "reconquest" of previously lost territories ever since the Han and Tang dynasties. Some Uyghur nationalist historians such as Turghun Almas claim that Uyghurs were distinct and independent from Chinese for 6000 years, and that all non-Uyghur peoples are non-indigenous immigrants to Xinjiang. However, the Han Dynasty (206 BCE–220 CE) established military colonies (tuntian) and commanderies (duhufu) to control Xinjiang from 120 BCE, while the Tang Dynasty (618–907) also controlled much of Xinjiang until the An Lushan rebellion. Chinese historians refute Uyghur nationalist claims by pointing out the 2000-year history of Han settlement in Xinjiang, documenting the history of Mongol, Kazakh, Uzbek, Manchu, Hui, Xibo indigenes in Xinjiang, and by emphasizing the relatively late "westward migration" of the Huigu (equated with "Uyghur" by the PRC government) people from Mongolia the 9th century. The name "Uyghur" was associated with a Buddhist people in the Tarim Basin in the 9th century, but completely disappeared by the 15th century, until it was revived by the Soviet Union in the 20th century.

The Chinese government considers all support for the East Turkestan independence movement to fall under the definitions of "terrorism, extremism, and separatism". The Chinese government claims that the independence movement is largely funded and led by outside forces that seek to weaken China; it further claims that despite such movements, Xinjiang has made great economic strides, building up its infrastructure, improving its education system and increasing the average life expectancy. In 2020, the Chinese government published a White Paper on Employment and Labor Rights in Xinjiang, which had been circulated via Xinhua, the Global Times and other public news channels. In this paper, the Chinese government maintains the view that its policies in Xinjiang are directed to realize the (constitutional) mandate to provide employment and the facilitation of employment as the most fundamental project for ensuring and improving people's wellbeing.

In general, the wide variety of groups who seek independence can be distinguished by both the type of government they advocate and the role they believe an independent East Turkestan should play in international affairs. Nonmilitant organizations which support the East Turkestan independence movement are as follows: * East Turkistan National Awakening Movement - Located in Washington DC, United States. It was formed on 4 June 2017.

Some groups that support independence for East Turkestan are militant, most of which have been labeled terrorist organizations by many governments. For example, the East Turkestan Islamic Movement (ETIM, also Turkistan Islamic Party), which has claimed responsibility for attacks in Xinjiang, has been identified as a terrorist organization by the governments of China, Kazakhstan, Pakistan, Turkey and the United States (until October 2020), as well as the United Nations.

The Soviet Union supported the Uyghur Second East Turkestan Republic in the Ili Rebellion against the Republic of China. According to her autobiography, ''Dragon Fighter: One Woman's Epic Struggle for Peace with China'', Rebiya Kadeer's father served with pro-Soviet Uyghur rebels under the Second East Turkestan Republic in the Ili Rebellion (Three Province Rebellion) in 1944–1946, using Soviet assistance and aid to fight the Republic of China government under Chiang Kai-shek. Kadeer and her family were close friends with White Russian exiles living in Xinjiang and Kadeer recalled that many Uyghurs thought Russian culture was "more advanced" than that of the Uyghurs and they "respected" the Russians a lot. Many of the Turkic peoples of the Ili region of Xinjiang had close cultural, political, and economic ties with Russia and then the Soviet Union. Many of them were educated in the Soviet Union and a community of Russian settlers lived in the region. As a result, many of the Turkic rebels fled to the Soviet Union and obtained Soviet assistance in creating the Sinkiang Turkic People's Liberation Committee (STPNLC) in 1943 to revolt against Kuomintang rule during the Ili Rebellion. The pro-Soviet Uyghur who later became leader of the revolt and the Second East Turkestan Republic, Ehmetjan Qasim, was Soviet educated and described as "Stalin's man". The Soviet Union incited separatist activities in Xinjiang through propaganda, encouraging Kazakhs to flee to the Soviet Union and attacking China. China responded by reinforcing the Xinjiang-Soviet border area specifically with Han Bingtuan militia and farmers. The Soviet Union supported Uyghur nationalist propaganda and Uyghur separatist movements against China. The Soviet historians claimed that the Uyghur native land was Xinjiang and Uyghur nationalism was promoted by Soviet versions of history on turcology. The East Turkestan People's Party received support from the Soviet Union. During the 1970s, the Soviets supported the URFET to fight the Chinese.