Duke University is a private research university in Durham, North Carolina. Founded by Methodists and Quakers in the present-day town of Trinity in 1838, the school moved to Durham in 1892. In 1924, tobacco and electric power industrialist James Buchanan Duke established The Duke Endowment and the institution changed its name to honor his deceased father, Washington Duke. Duke's campus spans over on three contiguous sub-campuses in Durham as well as a marine lab in Beaufort. The West Campus—designed largely by architect Julian Abele, an African American architect who graduated first in his class at University of Pennsylvania School of Design—incorporates Gothic architecture with the Duke Chapel at the campus' center and highest point of elevation, is adjacent to the Medical Center. East Campus, away, home to all first-years, contains Georgian-style architecture.The university administers two concurrent schools in Asia, Duke-NUS Medical School in Singapore (established in 2005) and Duke Kunshan University in Kunshan, China (established in 2013). Duke University is ranked among the top universities in the United States. It was ranked 5th in the ''Wall Street Journal''/''Times Higher Education'' College Rankings 2021 edition. Undergraduate admissions are among the most selective in the country with an acceptance rate of 7.7% for the class of 2024. Only 6% of Regular Decision were accepted. According to data from the National Science Foundation, Duke ranked 4th among private institutions on the basis of R&D expenditures in FY 2019. In 2019, Clarivate Analytics named 54 members of Duke's faculty to its list of "Highly Cited Researchers", placing Duke 8th among the world's universities. , 15 Nobel laureates and 3 Turing Award winners have been affiliated with the university. Duke alumni also include 50 Rhodes Scholars, 25 Churchill Scholars, 13 Schwarzman Scholars, and 8 Mitchell Scholars. The university has produced the third highest number of Churchill Scholars of any university (behind Princeton and Harvard) and the fifth-highest number of Rhodes, Marshall, Truman, Goldwater, and Udall Scholars of any American university between 1986 and 2015. Duke is the alma mater of one president of the United States (Richard Nixon) and 14 living billionaires. Duke is the second-largest private employer in North Carolina, with more than 39,000 employees. The university has been ranked as an excellent employer by several publications.

Duke first opened in 1838 as Brown's Schoolhouse, a private subscription school founded in Randolph County in the present-day town of Trinity. Organized by the Union Institute Society, a group of Methodists and Quakers, Brown's Schoolhouse became the Union Institute Academy in 1841 when North Carolina issued a charter. The academy was renamed Normal College in 1851 and then Trinity College in 1859 because of support from the Methodist Church. In 1892, Trinity College moved to Durham, largely due to generosity from Julian S. Carr and Washington Duke, powerful and respected Methodists who had grown wealthy through the tobacco and electrical industries. Carr donated land in 1892 for the original Durham campus, which is now known as East Campus. At the same time, Washington Duke gave the school $85,000 for an initial endowment and construction costs—later augmenting his generosity with three separate $100,000 contributions in 1896, 1899, and 1900—with the stipulation that the college "open its doors to women, placing them on an equal footing with men." In 1924 Washington Duke's son, James B. Duke, established The Duke Endowment with a $40 million trust fund. Income from the fund was to be distributed to hospitals, orphanages, the Methodist Church, and four colleges (including Trinity College). William Preston Few, the president of Trinity at the time, insisted that the institution be renamed Duke University to honor the family's generosity and to distinguish it from the myriad other colleges and universities carrying the "Trinity" name. At first, James B. Duke thought the name change would come off as self-serving, but eventually, he accepted Few's proposal as a memorial to his father. Money from the endowment allowed the University to grow quickly. Duke's original campus, East Campus, was rebuilt from 1925 to 1927 with Georgian-style buildings. By 1930, the majority of the Collegiate Gothic-style buildings on the campus one mile (1.6 km) west were completed, and construction on West Campus culminated with the completion of Duke Chapel in 1935. In 1878, Trinity (in Randolph County) awarded A.B. degrees to three sisters—Mary, Persis, and Theresa Giles—who had studied both with private tutors and in classes with men. With the relocation of the college in 1892, the Board of Trustees voted to again allow women to be formally admitted to classes as day students. At the time of Washington Duke's donation in 1896, which carried the requirement that women be placed "on an equal footing with men" at the college, four women were enrolled; three of the four were faculty members' children. In 1903 Washington Duke wrote to the Board of Trustees withdrawing the provision, noting that it had been the only limitation he had ever put on a donation to the college. A woman's residential dormitory was built in 1897 and named the Mary Duke Building, after Washington Duke's daughter. By 1904, fifty-four women were enrolled in the college. In 1930, the Woman's College was established as a coordinate to the men's undergraduate college, which had been established and named Trinity College in 1924.

Engineering, which had been taught at Duke since 1903, became a separate school in 1939. The university president's official residence, the J. Deryl Hart House, was completed in 1934. In athletics, Duke hosted and competed in the only Rose Bowl ever played outside California in Wallace Wade Stadium in 1942. During World War II, Duke was one of 131 colleges and universities nationally that took part in the V-12 Navy College Training Program which offered students a path to a navy commission. In 1963 the Board of Trustees officially desegregated the undergraduate college. Duke enrolled its first black graduate students in 1961. The school did not admit Black undergraduates until September 1963. The teaching staff remained all-White until 1966. Increased activism on campus during the 1960s prompted Martin Luther King Jr. to speak at the University in November 1964 on the progress of the Civil Rights Movement. Following Douglas Knight's resignation from the office of university president, Terry Sanford, the former governor of North Carolina, was elected president of the university in 1969, propelling The Fuqua School of Business' opening, the William R. Perkins library completion, and the founding of the Institute of Policy Sciences and Public Affairs (now the Sanford School of Public Policy). The separate Woman's College merged back with Trinity as the liberal arts college for both men and women in 1972. Beginning in the 1970s, Duke administrators began a long-term effort to strengthen Duke's reputation both nationally and internationally. Interdisciplinary work was emphasized, as was recruiting minority faculty and students. During this time it also became the birthplace of the first Physician Assistant degree program in the United States. Duke University Hospital was finished in 1980 and the student union building was fully constructed two years later. In 1986 the men's soccer team captured Duke's first National Collegiate Athletic Association (NCAA) championship, and the men's basketball team followed shortly thereafter with championships in 1991 and 1992, then again in 2001, 2010, and 2015. Duke Forward, a seven-year fundraising campaign, raised $3.85 billion by August 2017. 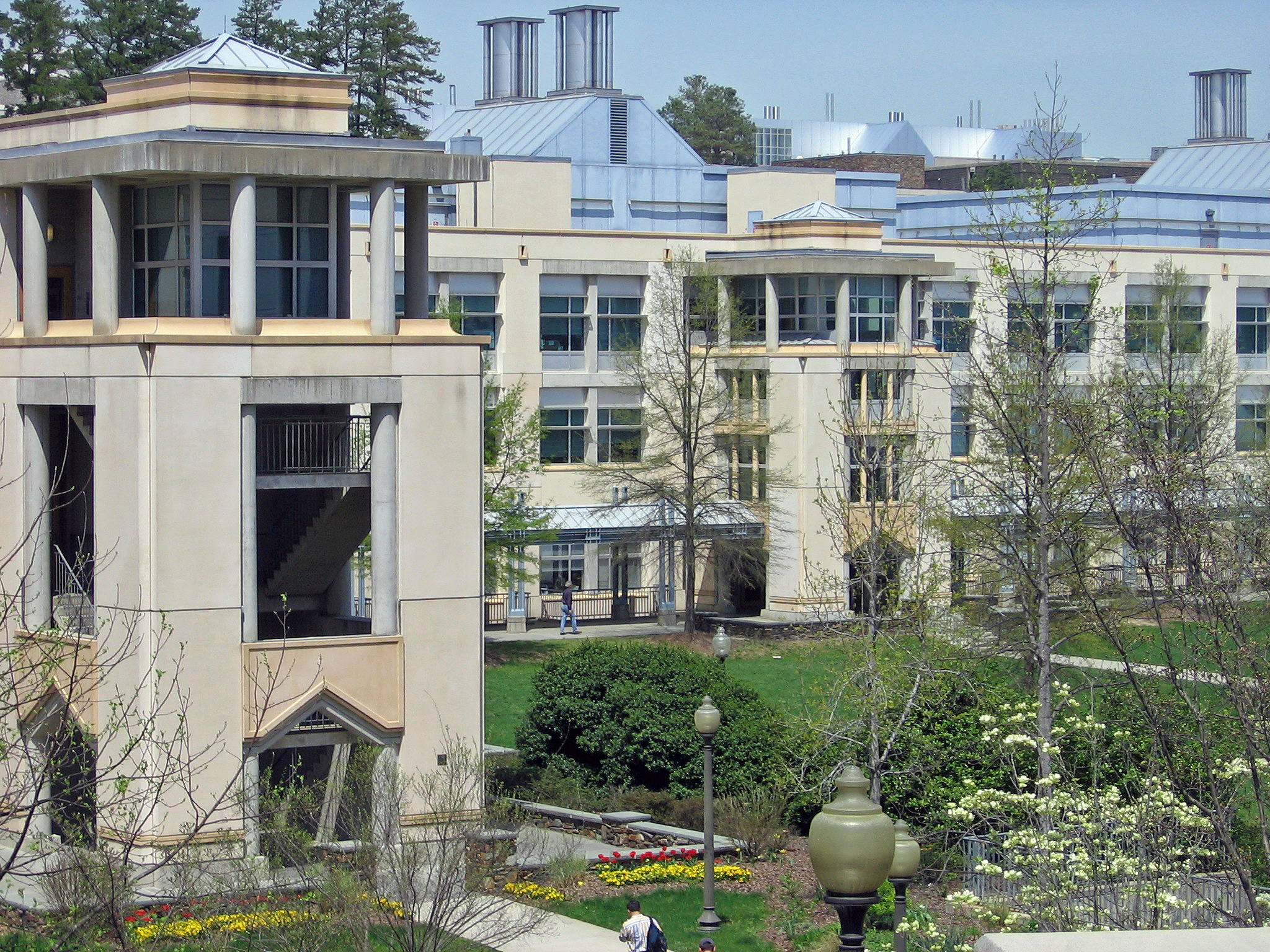 In 2014, Duke removed the name of Charles B. Aycock, a white-supremacist governor of North Carolina, from an undergraduate dormitory. It is now known as the East Residence Hall. On August 19, 2017, following the violent clashes at the Unite the Right rally in Charlottesville, Virginia, the statue of Confederate Gen. Robert E. Lee was removed from the entrance to the Duke University Chapel, after having been vandalized by protesters. In August 2020, the first undergraduates from Duke Kunshan University arrived for their study abroad on Duke's campus. Due to COVID-19, Chinese Duke undergraduate and graduate students unable to travel to the United States were reciprocally hosted at the Duke Kunshan campus.

In 2006, three men's lacrosse team members were falsely accused of rape, which garnered significant media attention. On April 11, 2007, North Carolina Attorney General Roy Cooper dropped all charges and declared the three players innocent. Cooper stated that the charged players were victims of a "tragic rush to accuse." The District Attorney, Mike Nifong, was subsequently disbarred. In 2019, Duke paid $112.5 Million to settle False Claims Act allegations related to scientific research misconduct. A researcher at the school was falsifying or fabricating research data, in order to win grants for financial gain. The researcher was arrested in 2013 on charges of embezzling funds from the university. The scheme was exposed by the allegations made through a lawsuit, filed by a whistleblower, who had worked as a Duke employee, and discovered the false data. In response to the misconduct settlement, Duke established an advisory panel of academics from Caltech, Stanford and Rockefeller University. Based on the recommendations of this panel, the Duke Office of Scientific Integrity (DOSI) was established under the leadership of Lawrence Carin, an engineering professor who is one of the world's leading experts on machine learning and artificial intelligence The establishment of this office brings Duke's research practices in line with those at peer institutions like Johns Hopkins University. 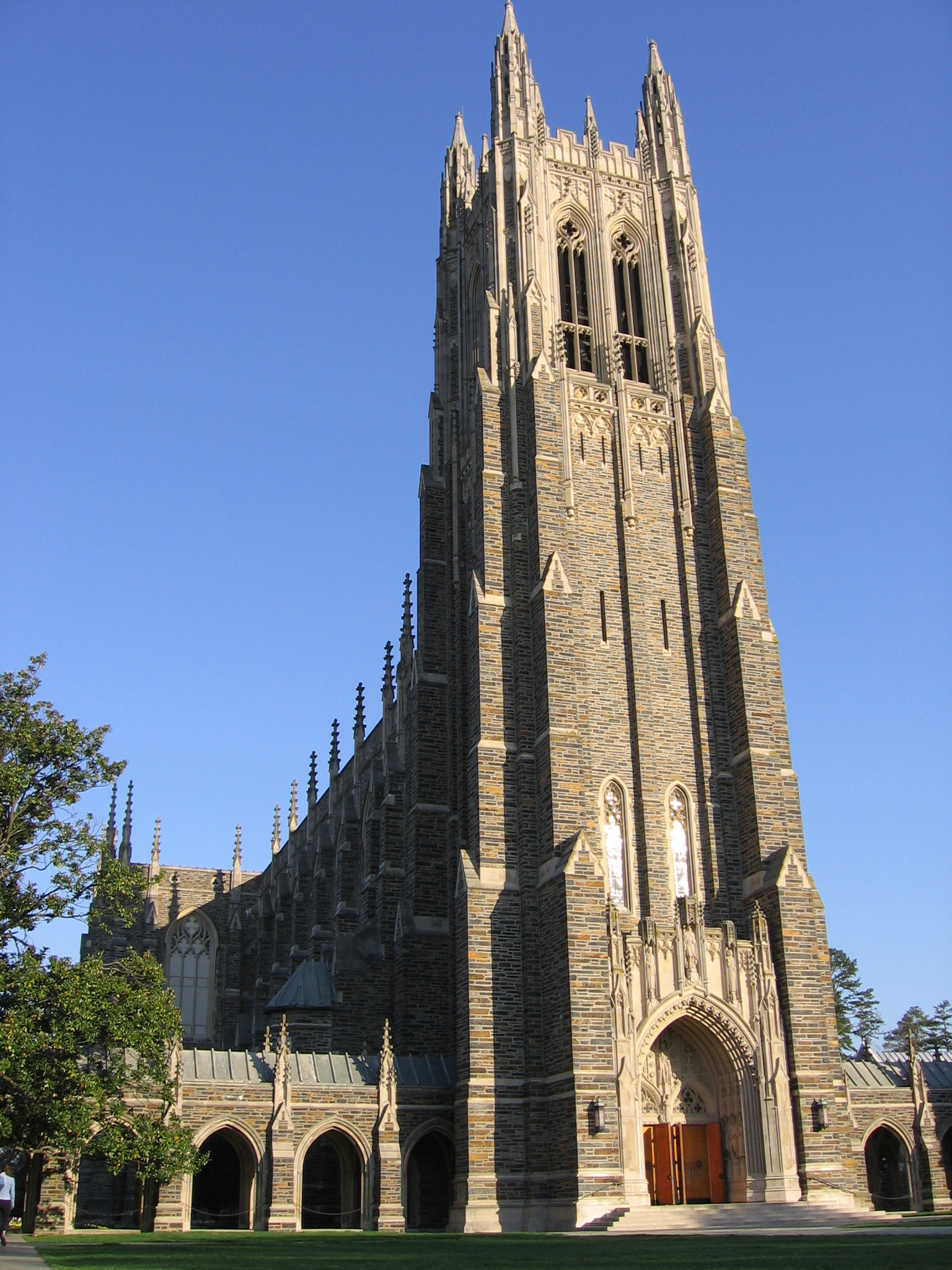 Duke University currently owns 256 buildings on of land, which includes the Duke Forest.