The company was founded by Donald Wills Douglas Sr. on July 22, 1921 in Santa Monica, California, following dissolution of the Davis-Douglas Company. An early claim to fame was the first circumnavigation of the world by air in Douglas airplanes in 1924. In 1923, the U.S. Army Air Service was interested in carrying out a mission to circumnavigate the Earth for the first time by aircraft, a program called "World Flight". Donald Douglas proposed a modified Douglas DT to meet the Army's needs. The two-place, open cockpit DT biplane torpedo bomber had previously been produced for the U.S. Navy. The DTs were taken from the assembly lines at the company's manufacturing plants in Rock Island, Illinois, and Dayton, Ohio, to be modified. The modified aircraft known as the Douglas World Cruiser (DWC), also was the first major project for Jack Northrop who designed the fuel system for the series. After the prototype was delivered in November 1923, upon the successful completion of tests on 19 November, the Army commissioned Douglas to build four production series aircraft. Due to the demanding expedition ahead, spare parts, including 15 extra Liberty L-12 engines, 14 extra sets of pontoons, and enough replacement airframe parts for two more aircraft were chosen. These were sent to airports along the route. The last of these aircraft was delivered to the U.S. Army on 11 March 1924. The four aircraft left Seattle, Washington, on 6 April 1924, flying west, and returned there on 28 September to great acclaim, although one plane was forced down over the Atlantic and sank. After the success of this flight, the Army Air Service ordered six similar aircraft as observation aircraft. The success of the DWC established the Douglas Aircraft Company among the major aircraft companies of the world and led it to adopt the motto "First Around the World – First the World Around". Douglas initially used a logo that combined two letter Ds and wings, and two Ds joined as a heart as a reference to the Clan Douglas. After the success of the DWC, the company adopted a logo that showed three airplanes circling a globe. The logo eventually evolved into an aircraft, a missile, and a globe. This logo was later adopted by McDonnell Douglas in 1967, and became the basis of Boeing's current logo after their merger in 1997.

Douglas Aircraft designed and built a wide variety of aircraft for the U.S. military, including the Navy, Army Air Forces, Marine Corps, Air Force, and Coast Guard. The company initially built torpedo bombers for the U.S. Navy, but it developed a number of different versions of these aircraft, including reconnaissance planes and airmail aircraft. Within five years, the company was building about 100 aircraft annually. Among the early employees at Douglas were Ed Heinemann, "Dutch" Kindelberger, Carl Cover, and Jack Northrop, who later founded the Northrop Corporation. The company retained its military market and expanded into amphibian airplanes in the late 1920s, also moving its facilities to Clover Field at Santa Monica, California. The Santa Monica complex was so large, the mail girls used roller skates to deliver the intracompany mail. By the end of World War II, Douglas had facilities at Santa Monica, El Segundo, Long Beach, and Torrance, California, Tulsa and Midwest City, Oklahoma, and Chicago, Illinois. 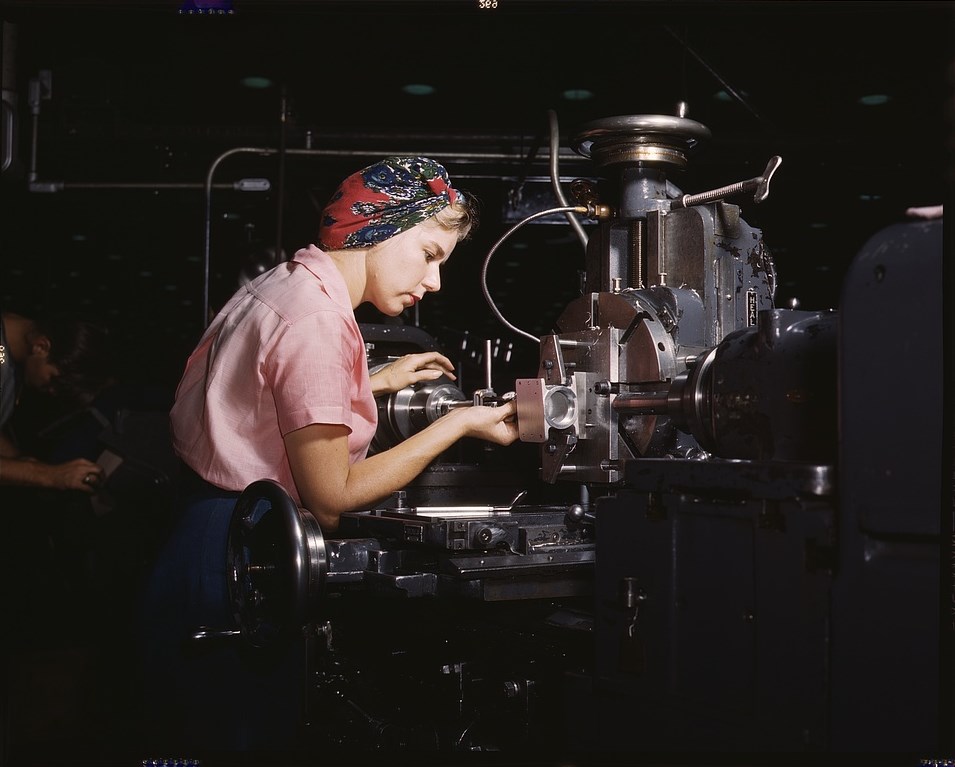 In 1934, Douglas produced a commercial twin-engined transport plane, the Douglas DC-2, followed by the famous DC-3 in 1936. The wide range of aircraft produced by Douglas included airliners, light and medium bombers, fighter aircraft, transports, reconnaissance aircraft, and experimental aircraft. The company is most famous for the "DC" (Douglas Commercial) series of commercial aircraft, including what is often regarded as the most significant transport aircraft ever made: the Douglas DC-3, which was also produced as a military transport known as the C-47 Skytrain or "Dakota" in British service. Many Douglas aircraft had long service lives. 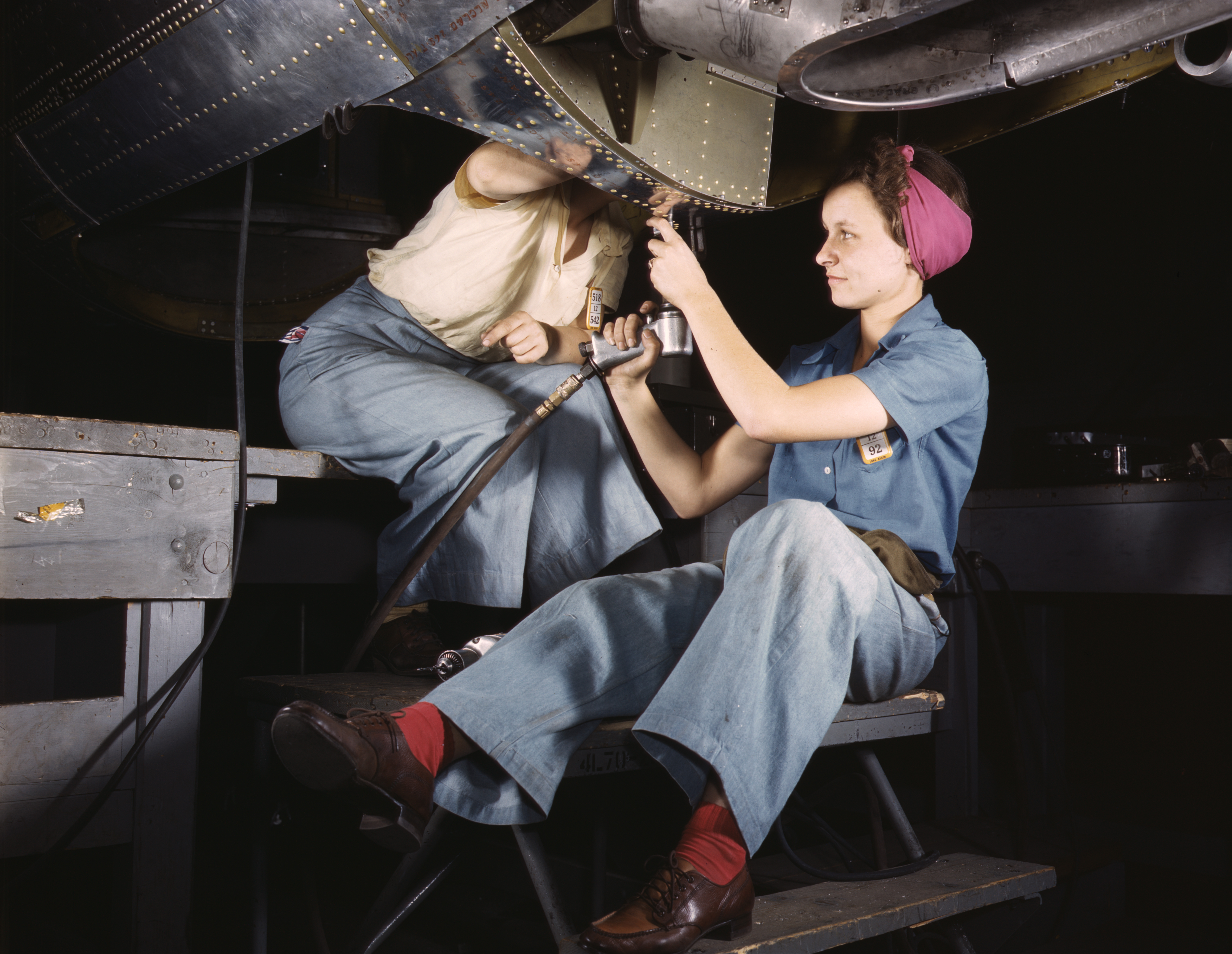 During World War II, Douglas joined the BVD (Boeing-Vega-Douglas) consortium to produce the B-17 Flying Fortress. After the war, Douglas built another Boeing design under license, the B-47 Stratojet turbojet-powered bomber, using a government-owned factory in Marietta, Georgia. World War II was a major boost for Douglas. Douglas ranked fifth among United States corporations in the value of wartime production contracts. The company produced almost 30,000 aircraft from 1942 to 1945, and its workforce swelled to 160,000. The company produced a number of aircraft including the C-47 Skytrain, the DB-7 (known as the A-20, Havoc or Boston), the SBD Dauntless dive bomber, and the A-26 Invader.

Douglas Aircraft suffered cutbacks at the end of the war, with an end to government aircraft orders and a surplus of aircraft. It was necessary to cut heavily into its workforce, letting go of nearly 100,000 workers. The United States Army Air Forces established 'Project RAND' (Research ANd Development) with the objective of looking into long-range planning of future weapons. In March 1946, Douglas Aircraft Company was granted the contract to research on intercontinental warfare.