Diyarbakır , ( hy|Տիգրանակերտ|lit=Tigranakert; , syr|ܐܡܝܕ|Āmīd) is the largest Kurdish-populated city in Turkey. Situated around a high plateau by the banks of the Tigris river on which stands the historic Diyarbakır Fortress, it is the administrative capital of the Diyarbakır Province of south-eastern Turkey. It is the third-largest city in Turkey's Southeastern Anatolia Region, after Şanlıurfa and Gaziantep. Diyarbakır has been a main focal point of the conflict between the Turkish state and various Kurdish separatist groups, and is seen by many Kurds as the de facto capital of Kurdistan. The city was intended to become the capital of an independent Kurdistan following the Treaty of Sèvres, but this was disregarded following subsequent political developments.

The modern name Diyarbakır means ''Land of Bakir'' and derives from the Armenian name (Tigranakert). But as mentioned by T. A. Sinclar, Tigranocerta is in the valley of the Garzan river. The old name Amed is inscribed on the sheath of a sword from the Assyrian period, and the same name was used in other contemporary Syriac and Arabic works. The Romans and the Byzantines called the city Amida''.'' ''Amit'' is found in Empire of Trebizond official documents from 1358. Among the Artukid and Akkoyunlu it was known as "Black Amid" (''Kara Amid'') for the dark color of its walls, while in the ''Zafername'', or eulogies in praise of military victories, it is called "Black Fortress" (''Kara Kale''). In the Book of Dede Korkut and some other Turkish works it appears as ''Kara Hamid''. Later on, the city became known as the ''Diyar Bakr'' ("landholdings of the Bakr tribe", in ar|ديار بكر, ). In November 1937, Turkish President Atatürk visited the city and, after expressing uncertainty on the exact etymology of the city, in December of the same year ordered that it be renamed "Diyarbakır", which means "land of copper" in Turkish after the abundant resources of copper around the city. This was done as part of the Turkification process of non-Turkish place names, in which Kurdish city names were changed to Turkish alternatives.

The area around Diyarbakır has been inhabited by humans from the Stone Age. The first major civilization to establish itself in the region of Diyarbakır was the Hurrian kingdom of the Mitanni. It was then ruled by a succession of nearly every polity that controlled Upper Mesopotamia, including the Arameans, Assyrians, Urartu, Armenians, Achaemenid Persians, Medes, Seleucids, and Parthians. The Roman Republic gained control of the city in 66 BC, by which stage it was named "Amida". In 359, Shapur II of Persia captured Amida after a siege of 73 days. According to the ''Synecdemus'' of Hierocles, as Amida, Diyarbakır was the major city of the Roman province of Mesopotamia. It was the episcopal see of the Christian diocese of Mesopotamia. Ancient texts record that ancient Amida had an amphitheatre, ''thermae'' (public baths), warehouses, a tetrapylon monument, and Roman aqueducts supplying and distributing water. The Roman historian Ammianus Marcellinus was serving in the late Roman army during the Siege of Amida by the Sasanian Empire under Shapur II (), and described the successful siege in detail. Amida was then enlarged by refugees from ancient Nisibis (Nusaybin), which the emperor Jovian () was forced to evacuate and cede to Shapur's Persians after the defeat of his predecessor Julian's Persian War, becoming the main Roman stronghold in the region. The chronicle attributed to Joshua the Stylite describes the capture of Amida by the Persians under Kavad I () in the second Siege of Amida in 502–503, part of the Anastasian War. Either the emperor Anastasius Dicorus () or the emperor Justinian the Great () rebuilt the walls of Amida, a feat of defensive architecture praised by the Greek historian Procopius. As recorded by the works of John of Ephesus, Zacharias Rhetor, and Procopius, the Romans and Persians continued to contest the area, and in the Byzantine–Sasanian War of 602–628 Amida was captured and held by the Persians for twenty-six years, being recovered in 628 for the Romans by the emperor Heraclius (), who also founded a church in the city on his return to Constantinople (Istanbul) from Persia the following year.

Syriac Christianity took hold in the region between the 1st and 4th centuries AD, particularly amongst the Assyrians of the city. The Byzantine Emperor Theodosius II (408–450) divided the Roman province of Mesopotamia into two, and made Amida the capital of Mesopotamia Prima, and thereby also the metropolitan see for all the province's bishoprics. At some stage, Amida became a see of the Armenian Church. The bishops who held the see in 1650 and 1681 were in full communion with the Holy See, and in 1727 Peter Derboghossian sent his profession of faith to Rome. He was succeeded by two more bishops of the Armenian Catholic Church, Eugenius and Ioannes of Smyrna, the latter of whom died in Constantinople in 1785. After a long vacancy, three more bishops followed. The diocese had some 5,000 Armenian Catholics in 1903, but it lost most of its population in the 1915 Armenian Genocide. The last diocesan bishop of the see, Andreas Elias Celebian, was killed with some 600 of his flock in the summer of 1915. An eparchy for the local members of the Syriac Catholic Church was established in 1862. Persecution of Christians in the Ottoman Empire during the First World War brought an end to the existence of both these Syrian residential sees.

In 639, as part of the Muslim conquest of the Levant during the early Arab–Byzantine wars, Amida fell to the armies of the Rashidun Caliphate led by Iyad ibn Ghanm, and the Great Mosque of Amida was constructed afterwards in the city's centre, possibly on the site of the Heraclian Church of Saint Thomas. There were as many as five Christian monasteries in the city, including the Zuqnin Monastery and several ancient churches mentioned by John of Ephesus. One of these, the Church of the Virgin Mary, remains the city's cathedral and the see of the bishop of Diyarbakır in the Syriac Orthodox Church. Another ancient church, the Church of Mar Cosmas, was seen by the British explorer Gertrude Bell in 1911 but was destroyed in 1930, while the former Church of Saint George, in the walled citadel, may originally have been built for Muslim use or for the Church of the East. The city was part of the Umayyad Caliphate and then the Abbasid Caliphate, but then came under more local rule until its recovery in 899 by forces loyal to the caliph al-Mu'tadid () before falling under the sway of first the Hamdanid dynasty and then the Buyid dynasty, followed by a period of control by the Marwanids. The city was taken by the Seljuks in 1085 and by the Ayyubids in 1183. Ayyubid control lasted until the Mongol invasions of Anatolia, and the Mongol capture of the city in 1260. Between the Mongol occupation and conquest by the Safavid dynasty of Iran, the Kara Koyunlu and Aq Qoyunlu – two Turkoman confederations – were in control of the city in succession. Diyarbakır was conquered by the Ottoman Empire in 1514 by Bıyıklı Mehmed Pasha, in the reign of the sultan Selim I (). Mohammad Khan Ustajlu, the Safavid governor of Diyarbakir, was evicted from the city and killed in the following Battle of Chaldiran in 1514.

The Classical Age of the Ottoman Empire saw it expand into Western Armenia and all but the eastern regions of Kurdistan at the expense of the Safavids. From the early 16th century, the city and the wider region was the source of intrigue between the Safavids and the Ottoman Empire, both of whom sought the support of the Kurdish chieftains around Idris Bitlisi. It was conquered by the Ottoman Empire in 1514 in the campaigns of Bıyıklı Mehmed Pasha, under the rule of Sultan Selim I. Mohammad Khan Ustajlu, the Safavid Governor of Diyarbakir, was evicted from the city and killed in the following Battle of Chaldiran in 1514. 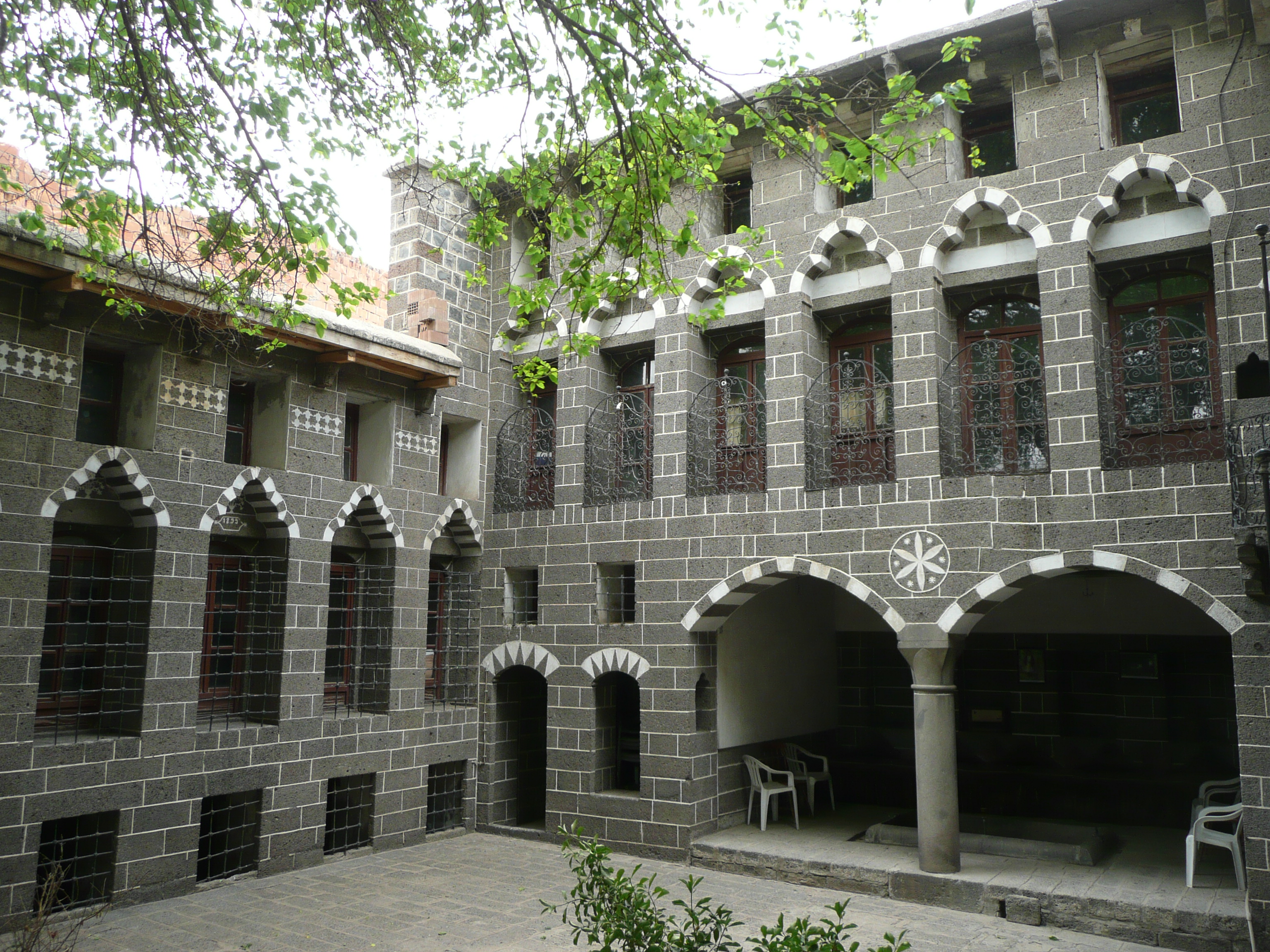 Following their victory, the Ottomans established the Diyarbekir Eyalet with its administrative centre in Diyarbakır. The Eyalet of Diyarbakır corresponded to today's Turkish Kurdistan, a rectangular area between the Lake Urmia to Palu and from the southern shores of Lake Van to Cizre and the beginnings of the Syrian desert, although its borders saw some changes over time. The city was an important military base for controlling the region and at the same time a thriving city noted for its craftsmen, producing glass and metalwork. For example, the doors of Rumi's tomb in Konya were made in Diyarbakır, as were the gold and silver decorated doors of the tomb of Ebu Hanife in Baghdad. Ottoman rule was confirmed by the 1555 Peace of Amasya which followed the Ottoman–Safavid War (1532–1555). Concerned with independent-mindedness of the Kurdish principalities, the Ottomans sought to curb their influence and bring them under the control of the central government in Constantinople. However, removal from power of these hereditary principalities led to more instability in the region from the 1840s onwards. In their place, sufi sheiks and religious orders rose to prominence and spread their influence throughout the region. One of the prominent Sufi leaders was ''Shaikh Ubaidalla Nahri'', who began a revolt in the region between Lakes Van and Urmia. The area under his control covered both Ottoman and Qajar territories. Shaikh Ubaidalla is regarded as one of the earliest proponents of Kurdish nationalism. In a letter to a British Vice-Consul, he declared: "The Kurdish nation is a people apart... we want our affairs to be in our hands." In 1895 an estimated 25,000 Armenians and Assyrians were massacred in Diyarbekir Vilayet, including in the city. At the turn of the 19th century, the Christian population of the city was mainly made up of Armenians and Syriac Orthodox Christians. The city was also a site of ethnic cleansing during the 1915 Armenian and Assyrian Genocide; nearly 150,000 were expelled from the city to the death marches in the Syrian desert. 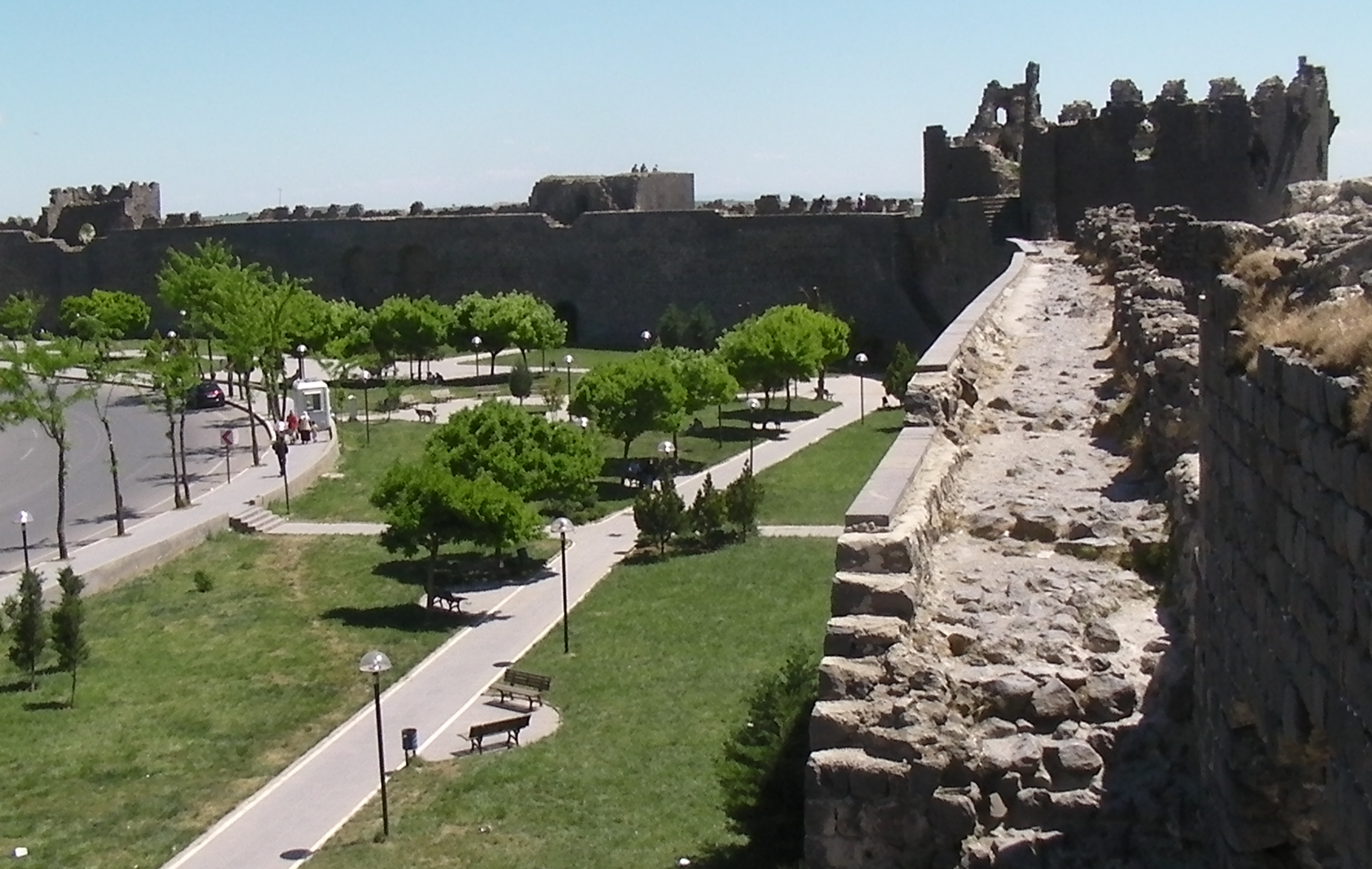 In January 1928, Diyarbakır became the center of the First Inspectorate-General, a regional subdivision for an area containing the provinces of Hakkari, Van, Şırnak, Mardin, Siirt, Bitlis and Şanlıurfa. In a reorganization of the provinces in 1952, Diyarbakır city was made the administrative capital of the Diyarbakır Province. In 1993, Diyarbakir was established as a Metropolitan Municipality. Its districts are Baĝlar, Bismil, Ergani, Hazro, Kayapinar, Çermik, Çinar, Eğil, Dicle, Kulp, Kocaköy, Lice, Silvan, Sur, Yenişehir and Hani. Diyarbakır grew from a population of 30,000 in the 1930s to 65,000 by 1956, to 140,000 by 1970, to 400,000 by 1990, and eventually swelled to about 1.5 million by 1997. During the 1980s and 1990s, at the peak of the Kurdish-Turkish conflict, the population of the city grew dramatically, due to the thousands of Kurdish villages depopulated by Turkey. The American-Turkish Pirinçlik Air Force Base near Diyarbakır, was operational from 1956–1997. Diyarbakır has seen much violence in recent years, involving Turkish security forces, the Kurdistan Workers Party (PKK), and the Islamic State of Iraq and the Levant (ISIL). Between 8 November 2015 and 15 May 2016 large parts of Sur were destroyed in fighting between the Turkish military and the PKK. A 2018 report by Arkeologlar Derneği İstanbul found that, since 2015, 72% of the city's historic Sur district had been destroyed through demolition and redevelopment, and that laws designed to protect historic monuments had been ignored. They found that the city's "urban regeneration" policy was one of demolition and redevelopment rather than one of repairing cultural assets damaged during the recent civil conflict, and because of that many registered historic buildings had been completely destroyed. The extent of the loss of non-registered historic structures is unknown because any historic building fragments revealed during the demolition of modern structures were also demolished.