A curtain wall is a defensive wall between two towers (bastions) of a castle, fortress, or town.

In medieval castles, the area surrounded by a curtain wall, with or without towers, is known as the Bailey (fortification)|bailey. The outermost walls with their integrated bastions and wall towers together make up the enceinte or main defensive line enclosing the site. In medieval designs of castle and town, the curtain walls were often built to a considerable height and were fronted by a ditch or moat to make assault difficult. Walls were topped with battlements which consisted of a parapet, which was generally crenellated with merlons to protect the defenders and lower crenels or embrasures which allowed them to shoot from behind cover; merlons were sometimes pierced by loopholes or arrowslits for better protection. Behind the parapet was a wall walk from which the defenders could fight or move from one part of the castle to another. Larger curtain walls were provided with mural passages or galleries built into the thickness of the walls and provided with arrowslits. If an enemy reached the foot of the wall, they became difficult to see or shoot at directly, so some walls were fitted with a projecting wooden platform called a hoarding or brattice. Stone machicolations performed a similar function. 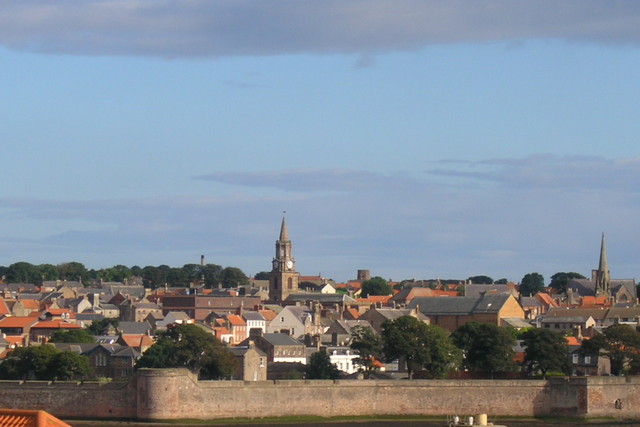 The introduction of gunpowder made tall castle walls vulnerable to fire from heavy cannon, which prompted the ''trace italienne'' style from the 16th century. In these fortifications, the height of the curtain walls was reduced, and beyond the ditch, additional outworks such as ravelins and tenailles were added to protect the curtain walls from direct cannonading.