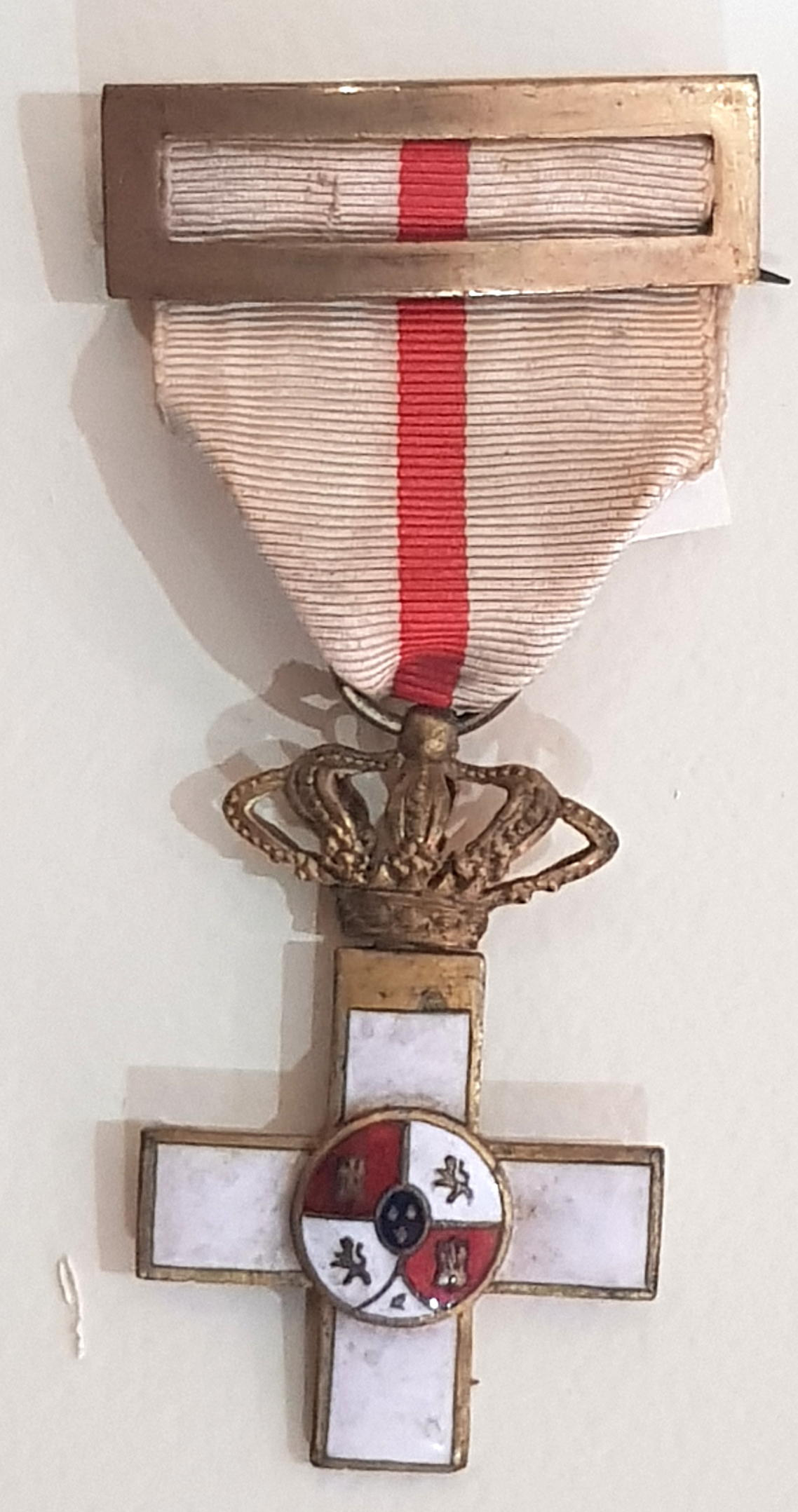 Established on 3 August 1864 by Queen
Isabella II Isabella II ( es, Isabel II; 10 October 1830 – 9 April 1904), also known as the Queen of Sad Mischance and the Traditional Queen, was List of Spanish monarchs, Queen of Spain from 1833 until 1868. Shortly before her birth, the King issued ...
as the Order of Military Merit ( es, Orden del Mérito Militar), it has been amended many times (in 1918, 1926, 1931, 1938, 1942, 1976, 1995, 2003 and 2007). During the
Spanish Civil War The Spanish Civil War ( es, Guerra Civil Española)) or The Revolution ( es, La Revolución) among Nationalists, the Fourth Carlist War ( es, Cuarta Guerra Carlista) among Carlism, Carlists, and The Rebellion ( es, La Rebelión) or Uprising ( ...
it was recognized by both sides of the conflict. Awarded originally in four classes, in 1995, in 1995 it lost the rank of an order of merit, and the classes were reduced to two and the number of categories extended to four. According to the current regulations the decoration is conferred in the following classes: * Grand Cross - to generals, admirals or civilian personnel of equivalent rank; * Cross - to other officers, non-commissioned ranks or equivalent civilian personnel. The categories are as follows: * with Red Decoration (''con distintivo rojo'') - for courage, actions, deeds or service during an armed conflict or military operations that involve or may involve the use of armed force and may require significant military or command skills; since 2007 it can be awarded to for acts of gallantry while on an overseas mission and to soldiers fallen during such a mission; * with Blue Decoration (''con distintivo azul'') - for actions, events or extraordinary services including operations resulting from a mandate of the United Nations or of other international organizations; * with Yellow Decoration (''con distintivo amarillo'') - for actions, deeds or service that involve high personal risk and in cases of serious injury or death resulting from such actions or service; * with White Decoration (''con distintivo blanco'') - for actions, deeds or distinguished service during missions or ordinary or extraordinary service in the armed forces or in connection with defense of the country. Multiple awards of each class and each category to the same individual are possible.

The decoration has the form of a
Greek cross This is a list of Christian cross variants. The Christian cross The Christian cross, seen as a representation of the instrument of the crucifixion of Jesus The crucifixion of Jesus occurred in 1st-century Judea (Roman province), Ju ...
with the arms enameled red in the ''Red Decoration'' category and white in the remaining categories. The ''Blue Decoration'' and ''Yellow Decoration'' badges have additional narrow bars in blue or yellow across the lower and lateral arms. The upper arm is surmounted by a Spanish royal crown and has a tablet to engrave the date of bestowal. The round central shield of the obverse bears the coat of arms of Castile, León,
Aragon Aragon ( or , Spanish and an, Aragón , ca, Aragó ) is an autonomous community in Spain , * gl, Reino de España, * oc, Reiaume d'Espanha, , , image_flag = Bandera de España.svg , image_coat = Escudo de España (mazonado).sv ... 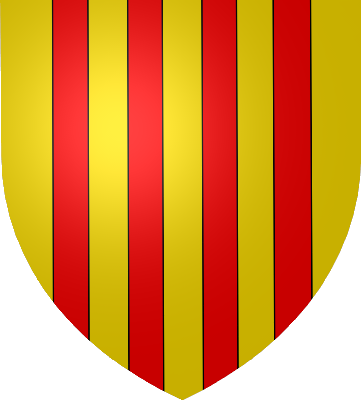 ,
Navarre Navarre (; es, Navarra ; eu, Nafarroa ; oc, Navarra ), officially the Chartered Community of Navarre ( es, Comunidad Foral de Navarra, links=no ; eu, Nafarroako Foru Komunitatea, links=no ), is an autonomous community and province A prov ...
and
Granada Granada ( , ) , DIN: ; grc, Ἐλιβύργη, Elibýrgē; la, Illiberis or ., is the capital city A capital or capital city is the municipality holding primary status in a Department (country subdivision), department, country, Constituent ...
(until 2003 only alternate coats of arms of Castile and León); in the middle there is a blue oval shield ( escutcheon) of the House of Bourbon-Anjou. On the reverse there are letters "MM" (''Mérito Militar'') on red background. The cross is worn on a ribbon on the left side of chest. Each subsequent award is denoted by a bar with the date of bestowal on the ribbon. The Grand Cross has the same form as the cross described above but is worn on a sash over the right shoulder. The star added to the class of Grand Cross is gilt, eight-pointed, with the cross superimposed on it; currently between the arms of the cross there are alternate towers (Castile) and lions (León).

by Antonio Prieto Barrio (in Spanish).