The Town of Crestone is a statutory town in Saguache County, Colorado, United States. The town population was 127 at the 2010 United States Census. It is a small village at the foot of the western slope of the Sangre de Cristo Range, in the northern part of the San Luis Valley. Crestone was originally part of Navajo country, and is still considered holy ground by the Hopi and Navajo. It later became a settled as a small mining town around 1900, but little paying ore was discovered. In the 1970s, a large land development, the Baca Grande, was established to the south and west where several hundred homes have been built. The Crestone area, which includes the Baca Grande and Moffat, Colorado, is a spiritual center with several world religions represented, including: a Hindu temple, a Zen center, a co-ed Carmelite monastery, several Tibetan Buddhist centers, and miscellaneous New Age happenings. Much of this spiritual development was catalyzed by the couple Hanne Strong and Maurice Strong in the 1970s, who set out to make it an interfaith center, and who established the Bac

Crestone is easily accessible to visitors, a National Forest Service campground is about 3/4 of a mile north of town, and other lodging is available, including several bed and breakfasts. Activities in the area include camping, fishing, hiking, climbing, as well as spiritual explorations. Crestone is named for the 14,000-foot peaks that lie just east of the town: Crestone Peak and Crestone Needle. The Crestones, as they are known collectively, in turn, took their name from the Spanish wor
''crestón''
which, according to Walter Borneman and Lyndon Lampert's book ''A Climbing Guide to Colorado’s Fourteeners'', means: “the top of a cock’s comb”; “the crest of a helmet”; or, in miners’ jargon, “an outcropping of ore”.

The first settlement in the Crestone area occurred after the American Civil War with the granting of the Luis Maria Baca Grant No. 4 to the heirs of the original Baca Grant at Las Vegas, New Mexico. Title to the grant at Las Vegas was clouded by a second grant of the same land. The Baca heirs were offered alternative lands from the public lands of the United States. The square tract selected is on a side south of Saguache County Road T south of Crestone. The Bacas deeded the land to their attorney, but it soon passed by tax sale to a third party. The ranch headquarters were on Crestone Creek to the southwest of Crestone. The Baca Grant was one of the first large tracts of land to be fenced in the West and in its heyday was the home of prize Hereford cattle. In addition to ranching there was some mining in the area to the east and south of Crestone of small shallow iron oxide copper gold ore deposits. In 1880 the town of Crestone was platted by George Adams, the owner of the Baca Grant. In 1900, with the help of Eastern investors, George Adams ignited a minor boom, reopening one of the more promising gold mines and building a railroad spur to the town and the mines along the Range south of town. However, lacking good ore, the boom was short lived. A long period of decline followed. By 1948 Crestone had declined to its post-war population of 40, mostly retirees and cowboys who worked on the Grant, as the Baca Grant was called. Many of the old cabins were used as vacation homes. By 1971 the Baca Grant came into the ownership of a corporation which subdivided a portion of the Grant, creating the Baca Grande, a subdivision originally platted for about 10,000 lots. At great expense, underground utilities were installed and roads built. However, sales lagged and by 1979 the development was considered a liability by the corporation. Maurice Strong, owner of a controlling interest and his fiancée, Hanne Marstrand, visited the development and "fell in love with it." They were inspired to create a world spiritual center and began granting parcels of land to traditional spiritual organizations. The population gradually began to increase and by 2006 several hundred homes had been built and a number of small spiritual communities had become established. As the Baca Grande contained no provision for business uses, Crestone became the business center of the community and having enacted a small sales tax was in a position to finance further improvements. 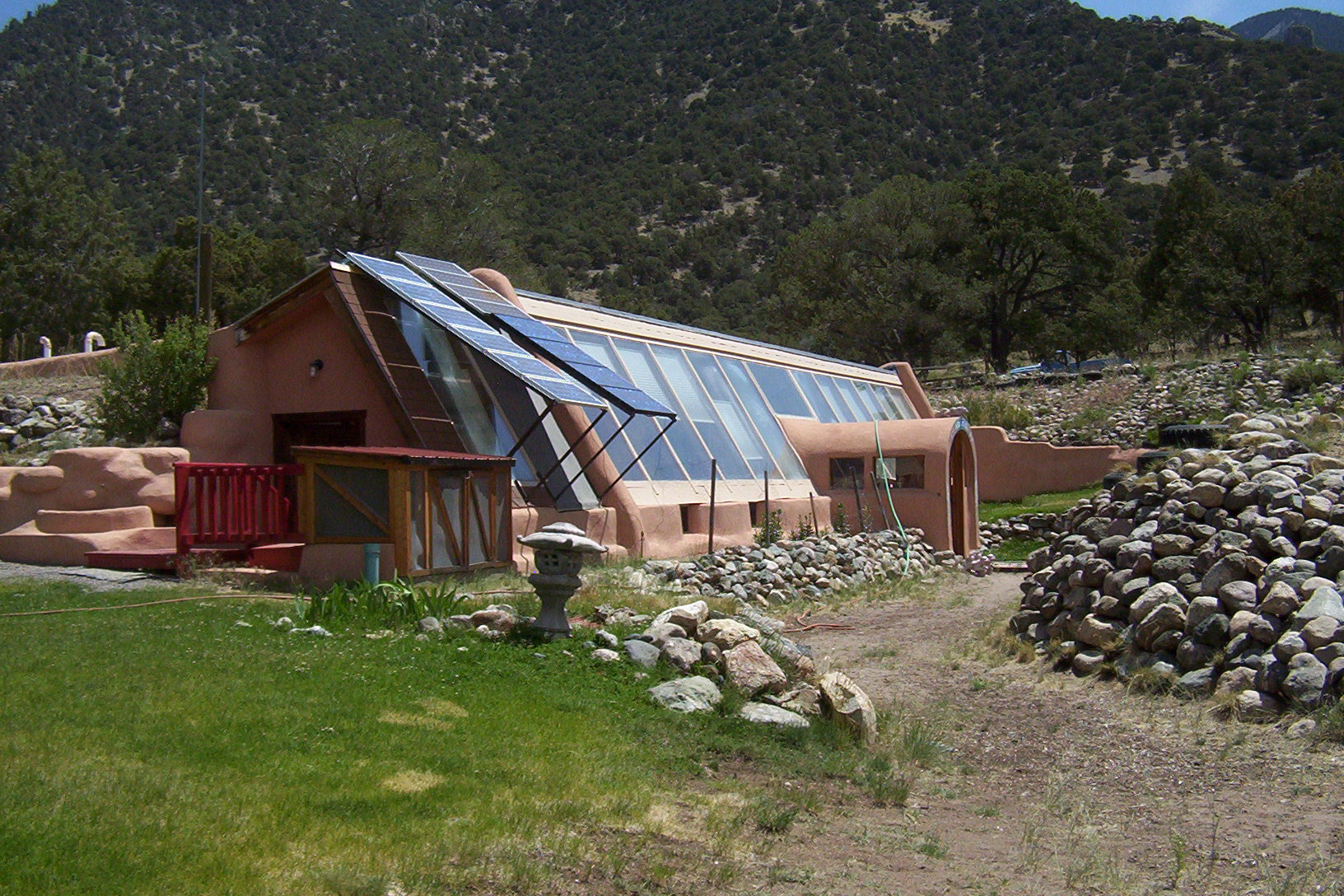 Crestone is located near the 38th parallel, in the San Luis Valley in south central Colorado. It is platted on a quarter section of land (160 acres; 0.6 km2) on the alluvial fan of North Crestone Creek. Much of the land near the creek where the main part of the city sits, is well watered in normal times, but during a prolonged drought the creek may dry up and underground water levels may fall. According to the United States Census Bureau, the town has a total area of , all of it land.

Crestone has become internationally known as a locus for a large number of many different religious and spiritual traditions. Accommodation of spiritual pilgrims and eco-tourists is the major industry in Crestone. Crestone's development as a spiritual center was initiated by Maurice Strong, a multimillionaire businessman and United Nations Undersecretary, and his wife, Hanne Marstrand Strong. Using land acquired from the corporations Strong controlled they established the Manitou Foundation and Manitou Institute, which, according to its website, "provides and grants and some financial support in Crestone/Baca, Colorado, to qualified religious and spiritual projects." Grants of land from the foundation were made to a number of spiritual centers in the area. Spiritual centers in Crestone: