Click Here for Items Related To - Council of State (Greece)


In
Greece Greece ( el, Ελλάδα, , ), officially the Hellenic Republic, is a country located in Southeast Europe. Its population is approximately 10.7 million as of 2018; Athens is its largest and capital city, followed by Thessaloniki. Situated on t ...
, the Council of State () is the Supreme Administrative Court of Greece.

The Council is headed by its president, who is chosen from among the members of the Council by the Cabinet of Greece for a term of four years. The court comprises the presiding board (the President and 7 Vice-presidents), 42 Privy Councillors, 48 Associate Judges and 50 Reporting Judges, all graduates of the National School of Judges. The Council is seated in the Arsakeion building in the centre of
Athens , image_skyline = File:Athens Montage L.png, center, 275px, alt=Athens montage. Clicking on an image in the picture causes the browser to load the appropriate article. rect 15 15 985 460 Acropolis of Athens rect 15 475 485 ...
. The Council executes its jurisdiction in Plenary Session or in six Chambers-Judicial Formations ('' Α', Β', Γ', Δ', Ε' '' and ''ΣΤ' ''). Each Chamber may have two compositions: five-member or seven-member. The jurisdiction of the Plenary Session is determined by the law (Legislative Decree 170/1973, Article 14), while the competence of the Chambers is determined by the law and the presidential decrees, proposed by the Minister of Justice after an opinion of the Council. After the Constitutional Amendment of 2001 the Plenary Session (and not the Chambers) is the only competent to judge the constitutionality of laws. The Plenary Session is, also, competent: a) for cases of general interest that the President introduces directly into it, b) for cases that one of the Chambers submits to it. These cases are submitted by the Chambers to the Plenary Session for two reasons: either because they are cases of general interest or because the applicable legislative provision is judged unconstitutional.

The Council was first founded in 1835 and it constituted an imitation of the French Conseil d'État. It had advisory competence with respect to the draft decrees and administrative jurisdiction, issuing irrevocable decisions. The Council was suppressed by the Constitution of 1844 (article 102). Following the deposing of
King Otto 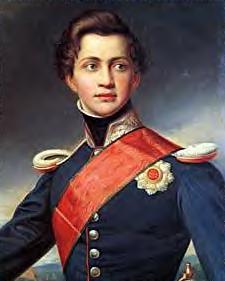 The administrative competence of the Council, as one of the three Big Bodies of the Public Administration (the other two are the Chamber of Accounts (Greece), Chamber of Accounts and the Hellenic Legal Council) is regulated by the article 95 of the Constitution of 1974/1985/2001 and consists in the elaboration of all the regulative decrees, namely of all the decrees that include impersonal (nor referring to a particular person) legal rules. Competent for this elaboration is the fifth (''Ε' '') Chamber of the Council, composed, for such cases, of three or five members. The Chamber may, at its option, submit the case to the nine member Plenary Session. The submission is obligatory for the Chamber, when the constitutionality of the relevant to the decree legal provisions is judged (article 100 of the Constitution after the Amendment of 2001). The Administration is obliged to send the regulative decrees to the Conseil for elaboration but it is not obliged to follow the consultory response of the Council. Nonetheless, the Administration usually abides by the Council's opinion. A promulgated regulative decree, if not sent to the Council for elaboration before its promulgation, shall be annulled, if a recourse (writ of annulment) is submitted to the competent court (the Conseil d' Etat or the Administrative Court of Appeals). The elaboration of the decrees by the Council is limited to the lato sensu legality (and the constitutionality of the relevant legal provisions) of the decrees, while the respective control of the French Conseil d'État goes to the substance of the context of the elaborated decree.

Following the jurisprudence of the French Conseil d'État, the Council refuses to examine the legality of certain administrative acts, which are called "acts of government". The Council includes in this limited category: * acts regulating the relationships between the executive branch and the Hellenic Parliament, Parliament, such as the dissolution of the Hellenic Parliament, Parliament or the act proclaiming a referendum. * acts connected with the foreign policy of
Greece Greece ( el, Ελλάδα, , ), officially the Hellenic Republic, is a country located in Southeast Europe. Its population is approximately 10.7 million as of 2018; Athens is its largest and capital city, followed by Thessaloniki. Situated on t ...
, such as international conventions, acts promulgated for the application of international treaties, acts relevant to the diplomatic protection of Greek citizens abroad etc. * the declaration of mobilisation. * the granting of pardons.

The procedure is based on the principles of the "inquisitorial system" and of the initiative of the litigant. According to this last principle the litigant is responsible for the commencement of the procedure.

The Council of State is a founding member of the International Association of Supreme Administrative Courts and, since Greece’s accession to the European Union, of the Association of the Councils of State and Supreme Administrative Jurisdictions of the European Union. It also participates to the Commission of Venice, the Council of Europe's advisory body on constitutional matters.