Copper is a chemical element with the symbol Cu (from la|cuprum) and atomic number 29. It is a soft, malleable, and ductile metal with very high thermal and electrical conductivity. A freshly exposed surface of pure copper has a pinkish-orange color. Copper is used as a conductor of heat and electricity, as a building material, and as a constituent of various metal alloys, such as sterling silver used in jewelry, cupronickel used to make marine hardware and coins, and constantan used in strain gauges and thermocouples for temperature measurement. Copper is one of the few metals that can occur in nature in a directly usable metallic form (native metals). This led to very early human use in several regions, from c. 8000 BC. Thousands of years later, it was the first metal to be smelted from sulfide ores, c. 5000 BC; the first metal to be cast into a shape in a mold, c. 4000 BC; and the first metal to be purposely alloyed with another metal, tin, to create bronze, c. 3500 BC. In the Roman era, copper was mined principally on Cyprus, the origin of the name of the metal, from ''aes сyprium'' (metal of Cyprus), later corrupted to ''сuprum'' (Latin). ''Coper'' (Old English) and ''copper'' were derived from this, the later spelling first used around 1530. Commonly encountered compounds are copper(II) salts, which often impart blue or green colors to such minerals as azurite, malachite, and turquoise, and have been used widely and historically as pigments. Copper used in buildings, usually for roofing, oxidizes to form a green verdigris (or patina). Copper is sometimes used in decorative art, both in its elemental metal form and in compounds as pigments. Copper compounds are used as bacteriostatic agents, fungicides, and wood preservatives. Copper is essential to all living organisms as a trace dietary mineral because it is a key constituent of the respiratory enzyme complex cytochrome c oxidase. In molluscs and crustaceans, copper is a constituent of the blood pigment hemocyanin, replaced by the iron-complexed hemoglobin in fish and other vertebrates. In humans, copper is found mainly in the liver, muscle, and bone. The adult body contains between 1.4 and 2.1 mg of copper per kilogram of body weight. 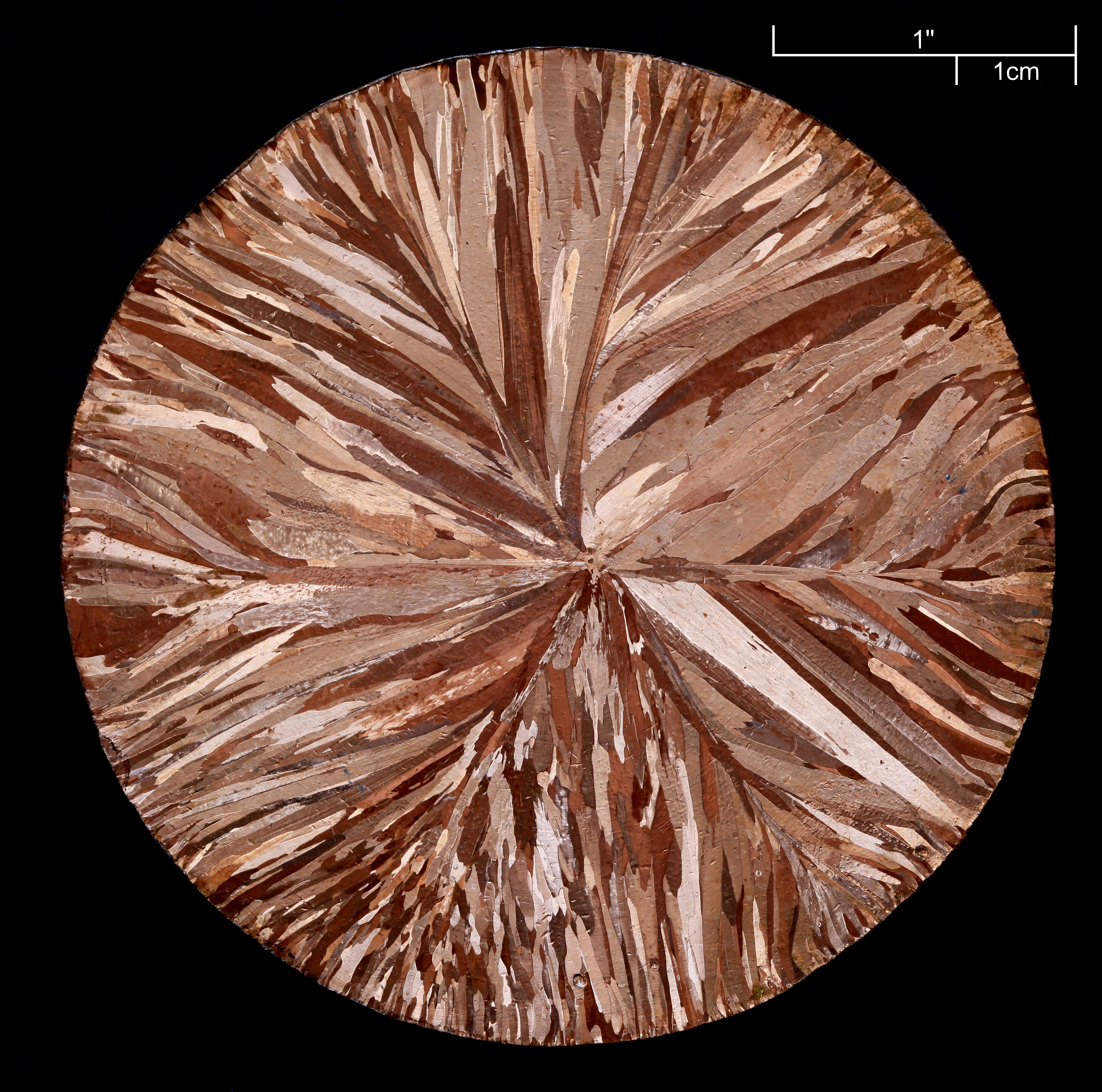 Copper, silver, and gold are in group 11 of the periodic table; these three metals have one s-orbital electron on top of a filled d-electron shell and are characterized by high ductility, and electrical and thermal conductivity. The filled d-shells in these elements contribute little to interatomic interactions, which are dominated by the s-electrons through metallic bonds. Unlike metals with incomplete d-shells, metallic bonds in copper are lacking a covalent character and are relatively weak. This observation explains the low hardness and high ductility of single crystals of copper. At the macroscopic scale, introduction of extended defects to the crystal lattice, such as grain boundaries, hinders flow of the material under applied stress, thereby increasing its hardness. For this reason, copper is usually supplied in a fine-grained polycrystalline form, which has greater strength than monocrystalline forms. The softness of copper partly explains its high electrical conductivity (59.6×106 S/m) and high thermal conductivity, second highest (second only to silver) among pure metals at room temperature. This is because the resistivity to electron transport in metals at room temperature originates primarily from scattering of electrons on thermal vibrations of the lattice, which are relatively weak in a soft metal.