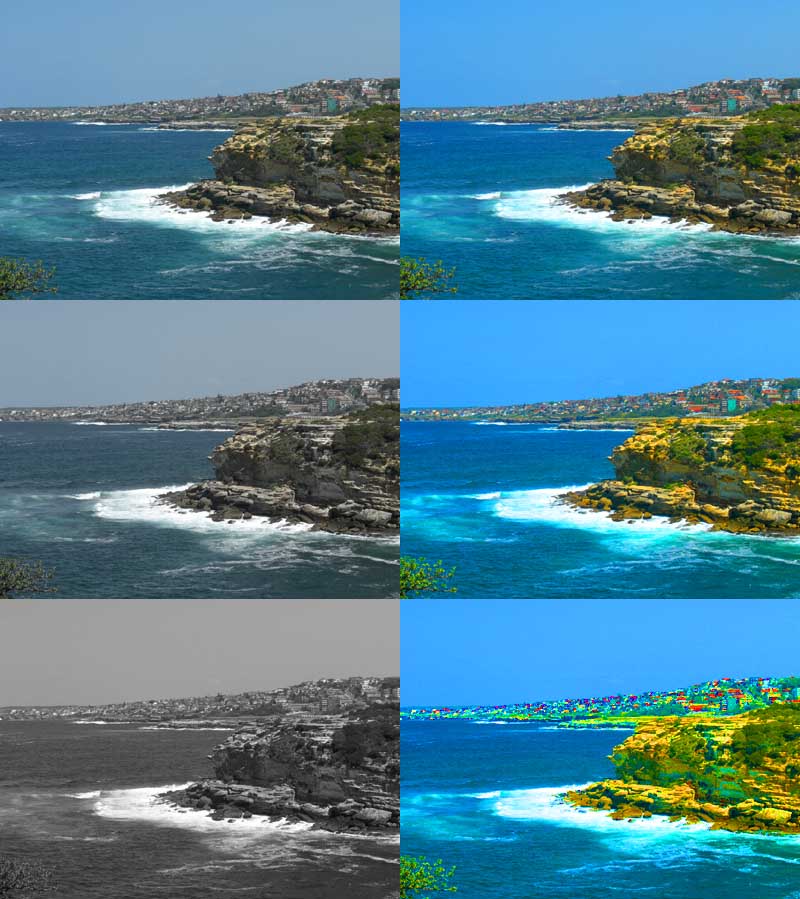 Colorfulness, chroma and saturation are attributes of perceived color relating to chromatic intensity. As defined formally by the International Commission on Illumination (CIE) they respectively describe three different aspects of chromatic intensity, but the terms are often used loosely and interchangeably in contexts where these aspects are not clearly distinguished. The precise meanings of the terms vary by what other functions they are dependent on. * Colorfulness is the "attribute of a visual perception according to which the perceived color of an area appears to be more or less chromatic". The colorfulness evoked by an object depends not only on its spectral reflectance but also on the strength of the illumination, and increases with the latter unless the brightness is very high (Hunt effect). * Chroma is the "colorfulness of an area judged as a proportion of the brightness of a similarly illuminated area that appears white or highly transmitting". As a result, chroma is mostly only dependent on the spectral properties, and as such is seen to describe the object color. It is how different from a grey ''of the same lightness'' such an object color appears to be. * Saturation is the "colorfulness of an area judged in proportion to its brightness", which in effect is the perceived freedom from whitishness of the light coming from the area. An object with a given spectral reflectance exhibits approximately constant saturation for all levels of illumination, unless the brightness is very high. As colorfulness, chroma, and saturation are defined as attributes of perception, they can not be physically measured as such, but they can be quantified in relation to psychometric scales intended to be perceptually even—for example, the chroma scales of the Munsell system. While the chroma and lightness of an object are its colorfulness and brightness judged in proportion to the same thing ("the brightness of a similarly illuminated area that appears white or highly transmitting"), the saturation of the light coming from that object is in effect the chroma of the object judged in proportion to its lightness. On a Munsell hue page, lines of uniform saturation thus tend to radiate from near the black point, while lines of uniform chroma are vertical.

The naïve definition of saturation does not specify its response function. In the CIE XYZ and RGB color spaces, the saturation is defined in terms of additive color mixing, and has the property of being proportional to any scaling centered at white or the white point illuminant. However, both color spaces are non-linear in terms of psychovisually perceived color differences. It is also possible — and sometimes desirable — to define a saturation-like quantity that is linearized in term of the psychovisual perception. In the CIE 1976 LAB and LUV color spaces, the unnormalized chroma is the radial component of the cylindrical coordinate CIE LCh (lightness, chroma, hue) representation of the LAB and LUV color spaces, also denoted as CIE LCh(ab) or CIE LCh for short, and CIE LCh(uv). The transformation of to is given by: : : and analogously for CIE LCh(uv). The chroma in the CIE LCh(ab) and CIE LCh(uv) coordinates has the advantage of being more psychovisually linear, yet they are non-linear in terms of linear component color mixing. And therefore, chroma in CIE 1976 Lab and LUV color spaces is very much different from the traditional sense of "saturation".

Another, psychovisually even more accurate, but also more complex method to obtain or specify the saturation is to use a color appearance model like CIECAM02. Here, the chroma color appearance parameter might (depending on the color appearance model) be intertwined with e.g. the physical brightness of the illumination or the characteristics of the emitting/reflecting surface, which is more sensible psychovisually. The CIECAM02 chroma ''C'', for example, is computed from a lightness ''J'' in addition to a naively evaluated color magnitude ''t''. In addition, a colorfulness ''M'' parameter exists alongside the chroma ''C''. It is defined as , where ''F''''L'' is dependent on the viewing condition.