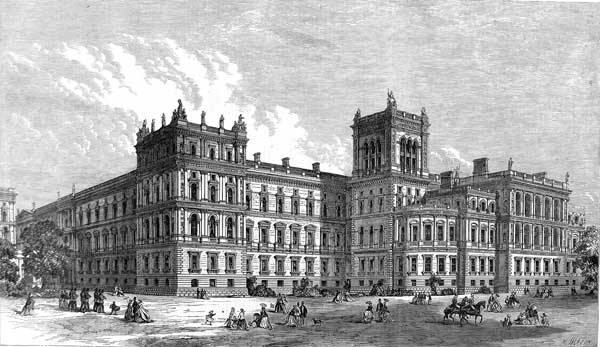 The Colonial Office was a government department of the
Kingdom of Great Britain The Kingdom of Great Britain, officially called Great Britain,"After the political union of England and Scotland in 1707, the nation's official name became 'Great Britain'", ''The American Pageant, Volume 1'', Cengage Learning (2012) was a s ...
and later of the
United Kingdom The United Kingdom of Great Britain and Northern Ireland, commonly known as the United Kingdom (UK) or Britain,Usage is mixed. The Guardian' and Telegraph' use Britain as a synonym for the United Kingdom. Some prefer to use Britain as shortha ...
, first created to deal with the colonial affairs of British North America but needed also to oversee the increasing number of colonies of the British Empire. Despite its name, the Colonial Office was never responsible for all Britain's Imperial territories; for example protectorates fell under the purview of the Foreign Office,
British India The provinces of India, earlier presidencies of British India and still earlier, presidency towns, were the administrative divisions of British governance in India India (Hindi: ), officially the Republic of India (Hindi: ), is a countr ...

was ruled by the East India Company until 1858 (thereafter being succeeded by the
India Office 275px, The western or St. James's Park, park end of the Foreign and Commonwealth Office's building in 1866. It was then occupied by the Foreign and India Offices, while the Home and Colonial Offices occupied the Whitehall end. The India Office w ...
as a result of the Indian Mutiny), whilst the role of the colonial office in the affairs of the Dominions changed as time passed. It was headed by the Secretary of State for the Colonies, also known more informally as the Colonial Secretary.

Prior to 1768, responsibility for the affairs of the British colonies was part of the duties of the Secretary of State for the Southern Department and a committee of the Privy Council known as the Board of Trade and Plantations. In 1768 the separate American or Colonial Department was established, in order to deal with colonial affairs in British North America. With the American Revolutionary War, loss of thirteen of its colonies, however, the department was abolished in 1782. Responsibility for the remaining colonies was given to the Home Office, and subsequently in 1801 transferred to the War Office.

From 1862, the Colonial Office published historical and statistical information concerning the United Kingdom's colonial dependencies in ''The Colonial Office List'', though between 1926 and 1940 it was known as ''The Dominions Office and Colonial Office List''. It later became known as the ''Commonwealth Relations Office Year Book'' and ''Commonwealth Office Year Book''. In addition to the official ''List'' published by the Colonial Office, an edited version was also produced by Waterlow and Sons. It can be difficult to distinguish between the two versions in library catalogue descriptions. For example, ''The Sydney Stock and Station Journal'' of 3 December 1915 commented: