Click Here for Items Related To - Coat of arms of Armenia


The national coat of arms of Armenia ( hy, Հայաստանի զինանշանը, ''Hayastani zinanshan'') was adopted on April 19, 1992, by resolution of the Armenian Supreme Council. On June 15, 2006, the Armenian Parliament passed the law on the state coat of arms of Armenia. It consists of an
eagle Eagle is the common name for many large Bird of prey, birds of prey of the family Accipitridae. Eagles belong to several groups of Genus, genera, some of which are closely related. Most of the 60 species of eagle are from Eurasia and Africa. Out ...
and a
lion The lion (''Panthera leo'') is a species In biology, a species is the basic unit of biological classification, classification and a taxonomic rank of an organism, as well as a unit of biodiversity. A species is often defined as the larges ...
supporting a shield. The coat of arms combines new and old symbols. The eagle and lion are ancient Armenian symbols dating from the first Armenian kingdoms that existed prior to
Christ Jesus; he, יֵשׁוּעַ, ''Yeshua, Yēšū́aʿ''; ar, عيسى, ʿĪsā ( 4 BC AD 30 / 33), also referred to as Jesus of Nazareth or Jesus Christ, was a first-century Jews, Jewish preacher and religious leader. He is the central figu ...
. These symbols are found on the Armenian Highland from times immemorial. Numerous Armenian dynasties such as Artaxiad, Arsacid, Bagratuni and Rubenid, used these symbols as their royal insignia. Like other post-Soviet republics whose symbols do not predate the
October Revolution The October Revolution,.). also known as the Great October Socialist Revolution, as the official term in the Soviet Union The Soviet Union,. officially the Union of Soviet Socialist Republics. (USSR),. was a Federalism, federal socia ...
, the current emblem retained one component of the Soviet one such as the Mount Ararat on the shield. Prior to 1992, Armenia had an emblem similar to all other Soviet Republics. 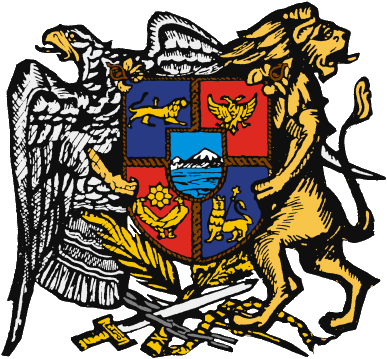 Coat of arms of the First Republic of Armenia 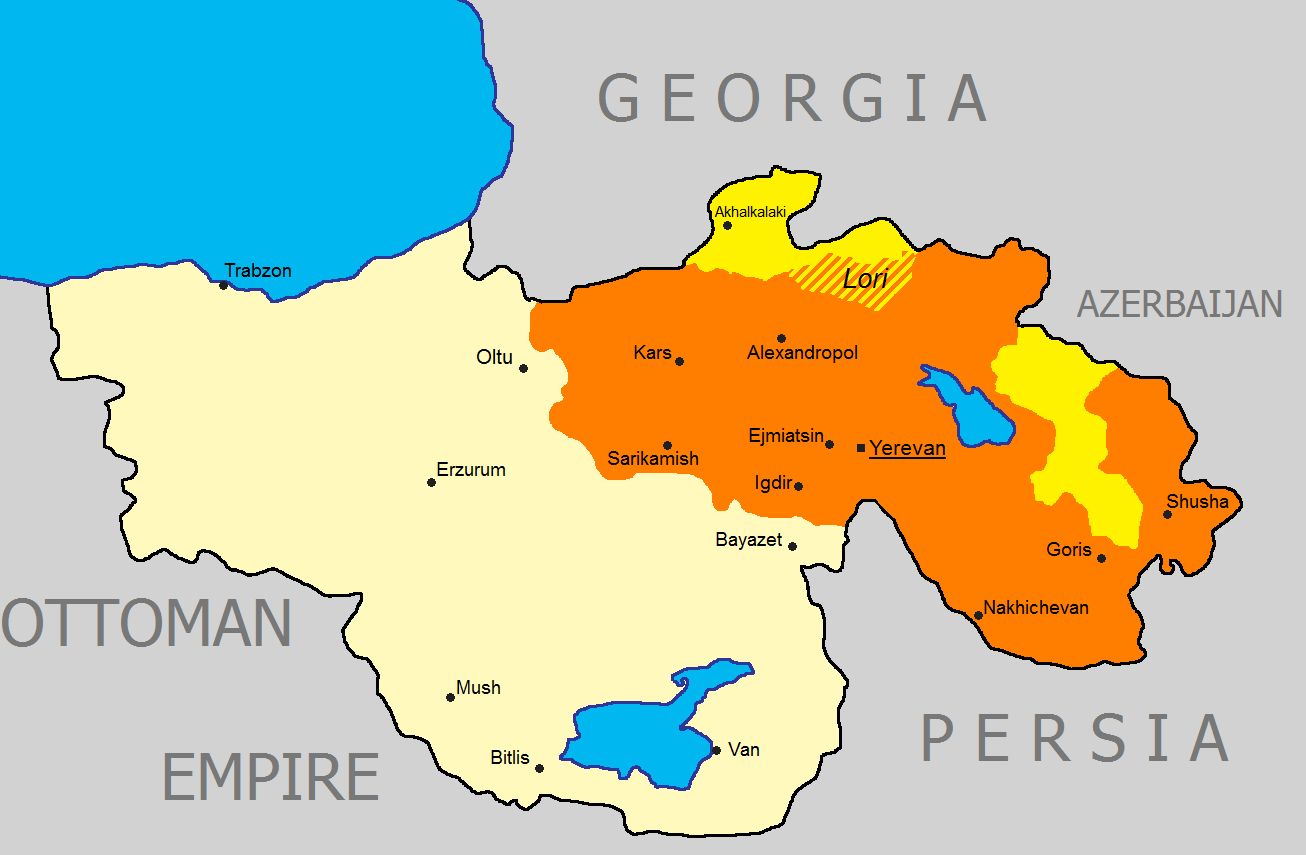 in 1918. In that year, an early variation of the coat of arms was adopted. The symbols on this earlier version were placed in a slightly different order and the eagle and lion have their tongues out, giving them a more menacing look. Only Mount Ararat (along with
Little Ararat

) are depicted while Noah's Ark is absent. The coat of arms was designed by architect and member of the Russian Academy of Fine Arts Alexander Tamanian and artist Hakob Kojoyan.

In 1937, a new coat of arms was adopted. Like the coat of arms of the first independent republic, this one prominently featured Mount Ararat along with the Soviet hammer and sickle and red star behind it. The inclusion of Mount Ararat brought objections from Turkey because the mountain is part of its territory. The Moscow Kremlin, Kremlin retorted that, although the Turkish symbol was the crescent, surely it did not mean that they laid claim to the moon. The Soviet Union broke apart in 1991 and Armenia thus became an independent republic. In 1992, a slightly modified version of the coat of arms of the first republic was adopted and has remained in place ever since.

The shield itself consists of many components. In the center is a depiction of the Mount Ararat with Noah's Ark sitting atop it. According to tradition, the ark is said to have finally rested on the mountain after the great flood. Ararat is considered the national symbol of Armenia and thus is of principal importance to the coat of arms. Surrounding Mount Ararat are symbols of old Armenian dynasties. In the lower left portion of the shield, there are two eagles looking at each other, symbolizing the length of the Armenian territory during the reign of the Artaxiad Dynasty that ruled from the second century B.C. to the beginning of the Christian era. In the upper left portion, there is a lion with a cross, the emblem for the Bagratuni Dynasty that ruled during the Middle Ages, between the 9th and 11th centuries. Under this dynasty, Armenia blossomed culturally, making its capital, Ani (Turkey), Ani, one of the most important cultural, social and commercial centers of its time. The Bagratuni kingdom was destroyed by the Byzantine Empire's encroachment and by Seljuk Turks, Seljuk conquests in the 11th century. In the upper right portion, there is a two-headed eagle, the emblem of the first dynasty to reign over Christian Armenia, the Arsacid dynasty of Armenia, Arsacid Dynasty, which ruled from the first century to 428. Tiridates III of Armenia, Tiridates III made Armenia the first country to adopt Christianity as official religion in 301. In the lower right portion, there is a lion with a cross, the emblem of the Rubenid dynasty. This dynasty reigned in the Armenian Kingdom of Cilicia, a state that expanded and prospered during the 12th and 13th centuries, until the Mamelukes eventually conquered it in 1375.

The coat of arms of Armenia may be used on the monetary units, orders and medals of Armenia.

* Flag of Armenia * Emblem of the Armenian Soviet Socialist Republic