after a raid by German aircraft on 31 May 1938 during the Spanish Civil War.]] A civil war, also known as an intrastate war in polemology, is a war between organized groups within the same state or country. The aim of one side may be to take control of the country or a region, to achieve independence for a region or to change government policies. The term is a calque of Latin ''bellum civile'' which was used to refer to the various civil wars of the Roman Republic in the 1st century BC. Most modern civil wars involve intervention by outside powers. According to Patrick M. Regan in his book ''Civil Wars and Foreign Powers'' (2000) about two thirds of the 138 intrastate conflicts between the end of World War II and 2000 saw international intervention, with the United States intervening in 35 of these conflicts. A civil war is a high-intensity conflict, often involving regular armed forces, that is sustained, organized and large-scale. Civil wars may result in large numbers of casualties and the consumption of significant resources. Civil wars since the end of World War II have lasted on average just over four years, a dramatic rise from the one-and-a-half-year average of the 1900–1944 period. While the rate of emergence of new civil wars has been relatively steady since the mid-19th century, the increasing length of those wars has resulted in increasing numbers of wars ongoing at any one time. For example, there were no more than five civil wars underway simultaneously in the first half of the 20th century while there were over 20 concurrent civil wars close to the end of the Cold War. Since 1945, civil wars have resulted in the deaths of over 25 million people, as well as the forced displacement of millions more. Civil wars have further resulted in economic collapse; Somalia, Burma (Myanmar), Uganda and Angola are examples of nations that were considered to have had promising futures before being engulfed in civil wars.

James Fearon, a scholar of civil wars at Stanford University, defines a civil war as "a violent conflict within a country fought by organized groups that aim to take power at the center or in a region, or to change government policies". Ann Hironaka further specifies that one side of a civil war is the state. The intensity at which a civil disturbance becomes a civil war is contested by academics. Some political scientists define a civil war as having more than 1,000 casualties, while others further specify that at least 100 must come from each side. The Correlates of War, a dataset widely used by scholars of conflict, classifies civil wars as having over 1000 war-related casualties per year of conflict. This rate is a small fraction of the millions killed in the Second Sudanese Civil War and Cambodian Civil War, for example, but excludes several highly publicized conflicts, such as The Troubles of Northern Ireland and the struggle of the African National Congress in Apartheid-era South Africa. Based on the 1,000-casualties-per-year criterion, there were 213 civil wars from 1816 to 1997, 104 of which occurred from 1944 to 1997. If one uses the less-stringent 1,000 casualties total criterion, there were over 90 civil wars between 1945 and 2007, with 20 ongoing civil wars as of 2007. The Geneva Conventions do not specifically define the term "civil war"; nevertheless, they do outline the responsibilities of parties in "armed conflict not of an international character". This includes civil wars; however, no specific definition of civil war is provided in the text of the Conventions. Nevertheless, the International Committee of the Red Cross has sought to provide some clarification through its commentaries on the Geneva Conventions, noting that the Conventions are "so general, so vague, that many of the delegations feared that it might be taken to cover any act committed by force of arms". Accordingly, the commentaries provide for different 'conditions' on which the application of the Geneva Convention would depend; the commentary, however, points out that these should not be interpreted as rigid conditions. The conditions listed by the ICRC in its commentary are as follows: 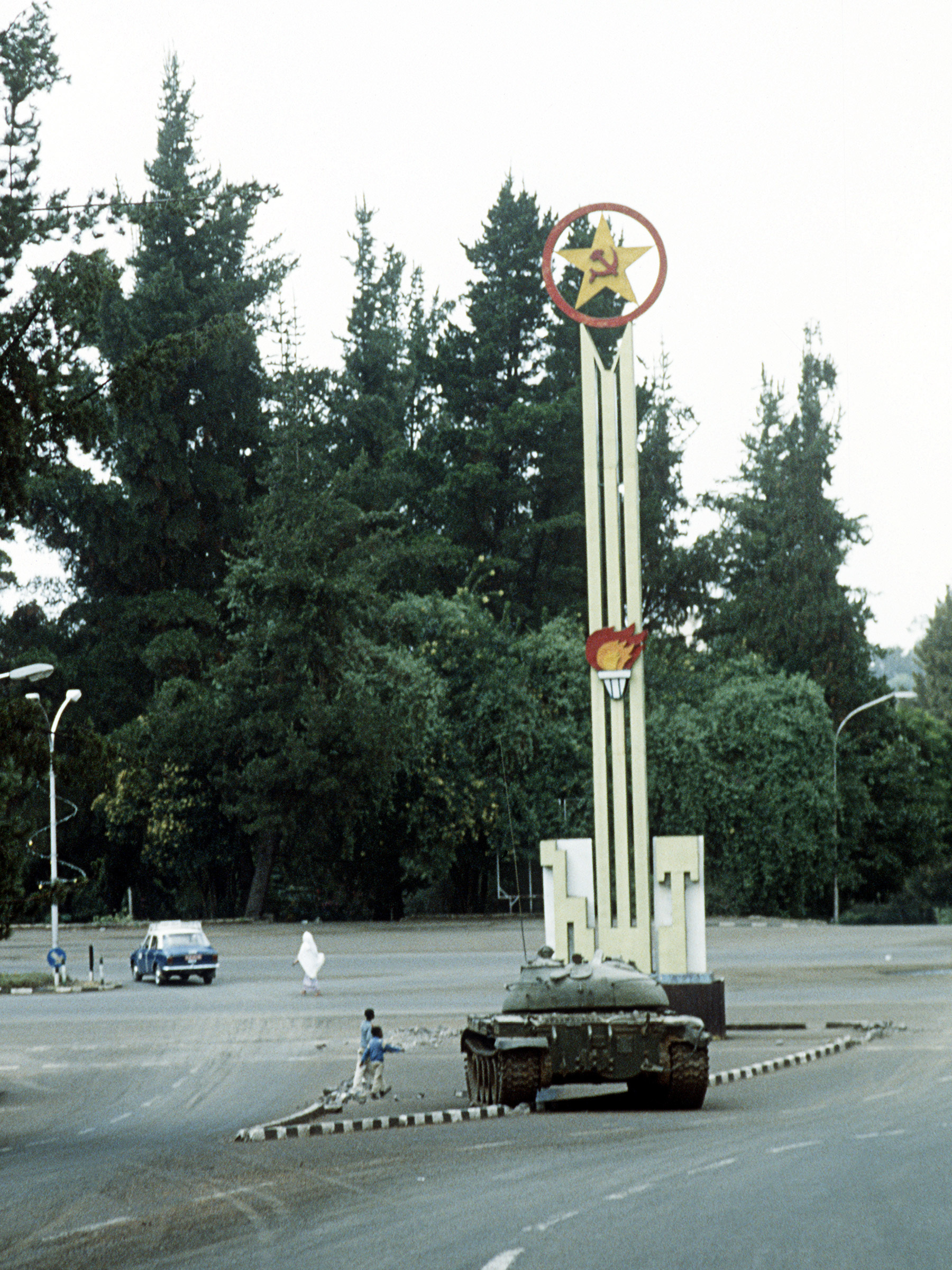 # That the Party in revolt against the de jure Government possesses an organized military force, an authority responsible for its acts, acting within a determinate territory and having the means of respecting and ensuring respect for the Convention. # That the legal Government is obliged to have recourse to the regular military forces against insurgents organized as military and in possession of a part of the national territory. #(a) That the de jure Government has recognized the insurgents as belligerents; or (b) That it has claimed for itself the rights of a belligerent; or (c) That it has accorded the insurgents recognition as belligerents for the purposes only of the present Convention; or (d) That the dispute has been admitted to the agenda of the Security Council or the General Assembly of the United Nations as being a threat to international peace, a breach of the peace, or an act of aggression. #(a) That the insurgents have an organization purporting to have the characteristics of a State. (b) That the insurgent civil authority exercises de facto authority over the population within a determinate portion of the national territory. (c) That the armed forces act under the direction of an organized authority and are prepared to observe the ordinary laws of war. (d) That the insurgent civil authority agrees to be bound by the provisions of the Convention.

Scholars investigating the cause of civil war are attracted by two opposing theories, greed versus grievance. Roughly stated: are conflicts caused by who people are, whether that be defined in terms of ethnicity, religion or other social affiliation, or do conflicts begin because it is in the economic best interests of individuals and groups to start them? Scholarly analysis supports the conclusion that economic and structural factors are more important than those of identity in predicting occurrences of civil war. A comprehensive study of civil war was carried out by a team from the World Bank in the early 21st century. The study framework, which came to be called the Collier–Hoeffler Model, examined 78 five-year increments when civil war occurred from 1960 to 1999, as well as 1,167 five-year increments of "no civil war" for comparison, and subjected the data set to regression analysis to see the effect of various factors. The factors that were shown to have a statistically significant effect on the chance that a civil war would occur in any given five-year period were: A high proportion of primary commodities in national exports significantly increases the risk of a conflict. A country at "peak danger", with commodities comprising 32% of gross domestic product, has a 22% risk of falling into civil war in a given five-year period, while a country with no primary commodity exports has a 1% risk. When disaggregated, only petroleum and non-petroleum groupings showed different results: a country with relatively low levels of dependence on petroleum exports is at slightly less risk, while a high level of dependence on oil as an export results in slightly more risk of a civil war than national dependence on another primary commodity. The authors of the study interpreted this as being the result of the ease by which primary commodities may be extorted or captured compared to other forms of wealth; for example, it is easy to capture and control the output of a gold mine or oil field compared to a sector of garment manufacturing or hospitality services. A second source of finance is national diasporas, which can fund rebellions and insurgencies from abroad. The study found that statistically switching the size of a country's diaspora from the smallest found in the study to the largest resulted in a sixfold increase in the chance of a civil war.

There is a correlation between poverty and civil war, but the causality (which causes the other) is unclear. Some studies have found that in regions with lower income per capita, the likelihood of civil war is greater. Economists Simeon Djankov and Marta Reynal-Querol argue that the correlation is spurious, and that lower income and heightened conflict are instead products of other phenomena. In contrast, a study by Alex Braithwaite and colleagues showed systematic evidence of "a causal arrow running from poverty to conflict".

The more time that has elapsed since the last civil war, the less likely it is that a conflict will recur. The study had two possible explanations for this: one opportunity-based and the other grievance-based. The elapsed time may represent the depreciation of whatever capital the rebellion was fought over and thus increase the opportunity cost of restarting the conflict. Alternatively, elapsed time may represent the gradual process of healing of old hatreds. The study found that the presence of a diaspora substantially reduced the positive effect of time, as the funding from diasporas offsets the depreciation of rebellion-specific capital.