Chromite is a crystalline mineral composed primarily of iron(II) oxide and chromium(III) oxide compounds. It can be represented by the chemical formula of FeCr2O4. It is an oxide mineral belonging to the spinel group. The element magnesium can substitute for iron in variable amounts as it forms a solid solution with magnesiochromite (MgCr2O4). A substitution of the element aluminium can also occur, leading to hercynite (FeAl2O4). Chromite today is mined particularly to make stainless steel through the production of ferrochrome (FeCr), which is an iron-chromium alloy. Chromite grains are commonly found in large mafic igneous intrusions such as the Bushveld in South Africa and India. Chromite is iron-black in color with a metallic luster, a dark brown streak and a hardness on the Mohs scale of 5.5. The chromium extracted from chromite has a lot of benefits when it comes to its uses and applications. The use of chromium in anthropogenic processes can develop considerable health and environmental impacts around the world.

Chromite minerals are mainly found in mafic-ultramafic igneous intrusions and are also sometimes found in metamorphic rocks. The chromite minerals occur in layered formations that can be hundreds of kilometres long and a few meters thick. Chromite is also common in iron meteorites and form in association with silicates and troilite minerals.

The chemical composition of chromite can be represented as FeCr2O4, with the iron in the +2 oxidation state and the chromium in the +3 oxidation state. Chromite, when presented as an ore, or in massive form, forms as fine granular aggregates. The structure of the ore can be seen as platy, with breakages along planes of weakness. Chromite can also be presented in a thin section. The grains seen in thin sections are disseminated with crystals that are euhedral to subhedral. Chromite contains Mg, ferrous iron e(II) Al and trace amounts of Ti. Chromite can change into different minerals based on the amounts of each element in the mineral. When chromite varies in composition, it causes a thermal transformation behaviour. Chromite is a part of the spinel group, which means that it is able to form a complete solid solution series with other members in the same group. These include minerals such as chenmingite (FeCr2O4), xieite (FeCr2O4), magnesiochromite (MgCr2O4) and magnetite (Fe2+Fe3+2O4). Chenmingite and xieite are polymorphs of chromite while magnesiochromite and magnetite are isostructural with chromite.

Chromite occurs as massive and granular crystals and very rarely as octahedral crystals. Twinning for this mineral occurs on the plane as described by the spinel law. Grains of minerals are generally small in size. However, chromite grains up to 3 cm have been found. These grains are seen to crystallize from the liquid of a meteorite body where there are low amounts of chromium and oxygen. The large grains are associated with stable supersaturated conditions seen from the meteorite body.

Chromite is an important mineral in helping to determine the conditions that rocks form. It can have reactions with various gases such as CO and CO2. The reaction between these gases and the solid chromite grains results in the reduction of the chromite and allows for the formation of iron and chromium alloys. There could also be a formation of metal carbides from the interaction with chromite and the gases. Chromite is seen to form early in the crystallization process. This allows for chromite to be resistant to the alteration effects of high temperatures and pressures seen in the metamorphic series. It is able to progress through the metamorphic series unaltered. Other minerals with a lower resistance are seen to alter in this series to minerals such as serpentine, biotite and garnet. 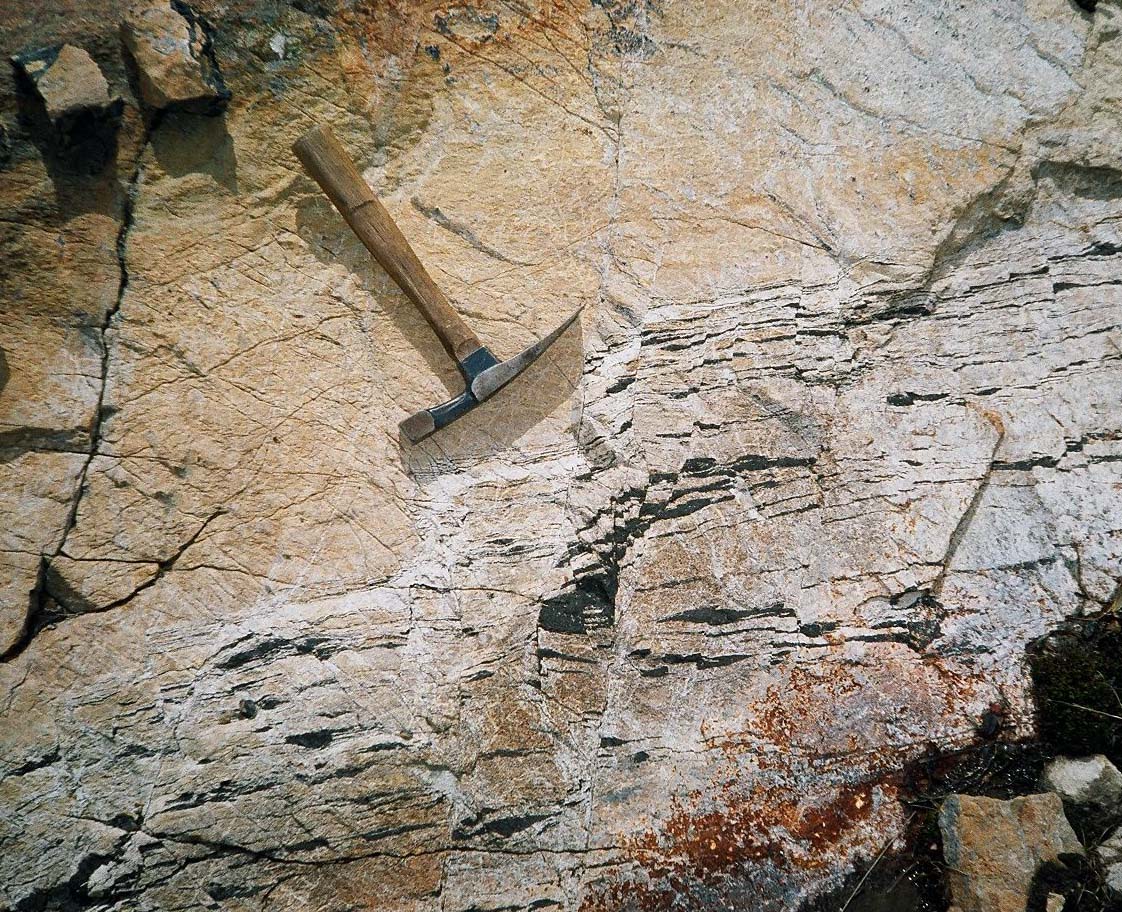 Chromite is found as orthocumulate lenses of chromitite in peridotite from the Earth's mantle. It also occurs in layered ultramafic intrusive rocks. In addition, it is found in metamorphic rocks such as some serpentinites. Ore deposits of chromite form as early magmatic differentiates. It is commonly associated with olivine, magnetite, serpentine, and corundum. The vast Bushveld Igneous Complex of South Africa is a large layered mafic to ultramafic igneous body with some layers consisting of 90% chromite making the rare rock type, chromitite. The Stillwater Igneous Complex in Montana also contains significant chromite.