Christopher John Matthews (born December 17, 1945) is an American retired political commentator,
talk show A talk show (or chat show in British English) is a television programming or radio programming genre structured around the act of spontaneous conversation.Bernard M. Timberg, Robert J. Erler'' (2010Television Talk: A History of the TV Talk Show' ...
host, and author. Matthews hosted his weeknight hour-long talk show, '' Hardball with Chris Matthews'', on America's Talking and later on MSNBC, from 1997 until March 2, 2020, when he announced (on what was his final show) that he was retiring following an accusation that he had made inappropriate comments to a ''Hardball'' guest four years earlier. On his final show, he stated: "The younger generation's out there ready to take the reins. We see them in politics, in media, in fighting for their causes. They're improving the workplace."

Matthews was born in Philadelphia, Pennsylvania, the son of Mary Teresa (née Shields) and Herb Matthews, a court reporter. Matthews's father was a Protestant of English and Ulster Scots people, Scotch-Irish ancestry, and his mother was from an Irish Catholic family; Matthews and his siblings were raised in the Roman Catholic Church, Catholic faith. Matthews attended La Salle College High School. Matthews is a 1967 graduate of the College of the Holy Cross in Worcester, Massachusetts, and did graduate work in Economics at the University of North Carolina at Chapel Hill. Matthews was also a visiting fellow at Harvard University's Institute of Politics. Matthews served in the United States Peace Corps in Swaziland from 1968 to 1970 as a trade development adviser. Matthews holds 34 honorary degrees from numerous universities and colleges.

When Matthews first arrived in Washington, D.C., he worked as an officer with the United States Capitol Police. Subsequently, Matthews served on the staffs of four U.S. Democratic Party, Democratic Members of Congress, including Senators Frank Moss (politician), Frank Moss and Edmund Muskie. In 1974, Matthews mounted an unsuccessful campaign for Pennsylvania's 4th congressional district seat in the U.S. House of Representatives in which he received about 24% of the vote in the primary. Matthews was a presidential speechwriter during the Carter Administration, and later worked for six years as Chief of Staff to longtime Speaker of the United States House of Representatives, Speaker of the House of Representatives Tip O'Neill, playing a direct role in many key political battles with the Reagan Administration. Matthews has said, "I'm more conservative than people think I am.... I voted for George W. Bush, George W. in 2000 United States presidential election, 2000." ''Salon.com'' has called him the "most conservative voice" on MSNBC's primetime lineup. Matthews has been accused by Media Matters for America of having panels of guests that skew to political the right and of supporting Republican Party (United States), Republicans in his own questions and comments. On the April 14, 2008, edition of ''The Colbert Report'', Matthews alluded to a possible run for the United States Senate from United States Senate election in Pennsylvania, 2010, Pennsylvania. On November 28, 2008, Matthews contacted senior staffers of Barack Obama's campaign about a possible Senate run. On January 7, 2009, ''The New York Times'' reported that Matthews told his staffers that he would not run for the Senate.

Matthews worked in print media for 15 years, spending 13 years as Washington, D.C. bureau chief for the ''San Francisco Examiner'' (1987–2000) and two years as a nationally syndicated columnist for the ''San Francisco Chronicle''. Matthews covered the fall of the Berlin Wall, the first all-races election in South Africa, and the Good Friday Peace Agreement, Good Friday Peace Talks in Northern Ireland. In 1997 and 1998, his research in the National Archives and Records Administration, National Archives produced a series of exclusives on the Nixon presidential tapes. Matthews covered American presidential election campaigns from 1988 until his retirement.

He is the author of eight best-selling books: * ''Bobby Kennedy: A Raging Spirit'' (2017) * ''Tip and the Gipper: When Politics Worked'' (2013) * ''Jack Kennedy: Elusive Hero'' (2011) * ''Life's a Campaign: What Politics Has Taught Me About Friendship, Rivalry, Reputation, and Success'' (2007) * ''American: Beyond our Grandest Notions'' (2002) * ''Now, Let Me Tell You What I Really Think'' (2001) * ''Kennedy & Nixon: The Rivalry that Shaped Postwar America'' (1996) * ''Hardball: How Politics is Played, Told by One Who Knows the Game'' (1988) ''Jack Kennedy: Elusive Hero'' spent 12 weeks on ''The New York Times'' bestseller list. The book was lauded by critics. "Matthews excels in capturing the tribalism of the Irish Catholic culture and experience Kennedy both absorbed and overcame as he made his way...[and] is at his best in describing political dynamics," ''The Washington Post'' said. "Matthews proves a compelling storyteller," said ''The Boston Globe''. "Matthews has produced a valuable addition to the literature about the life and career of our 35th president," said ''The Christian Science Monitor''. "Matthews's stirring biography reveals Kennedy as a 'fighting prince never free from pain, never far from trouble, and never accepting the world he found,'" said ''Publishers Weekly''. 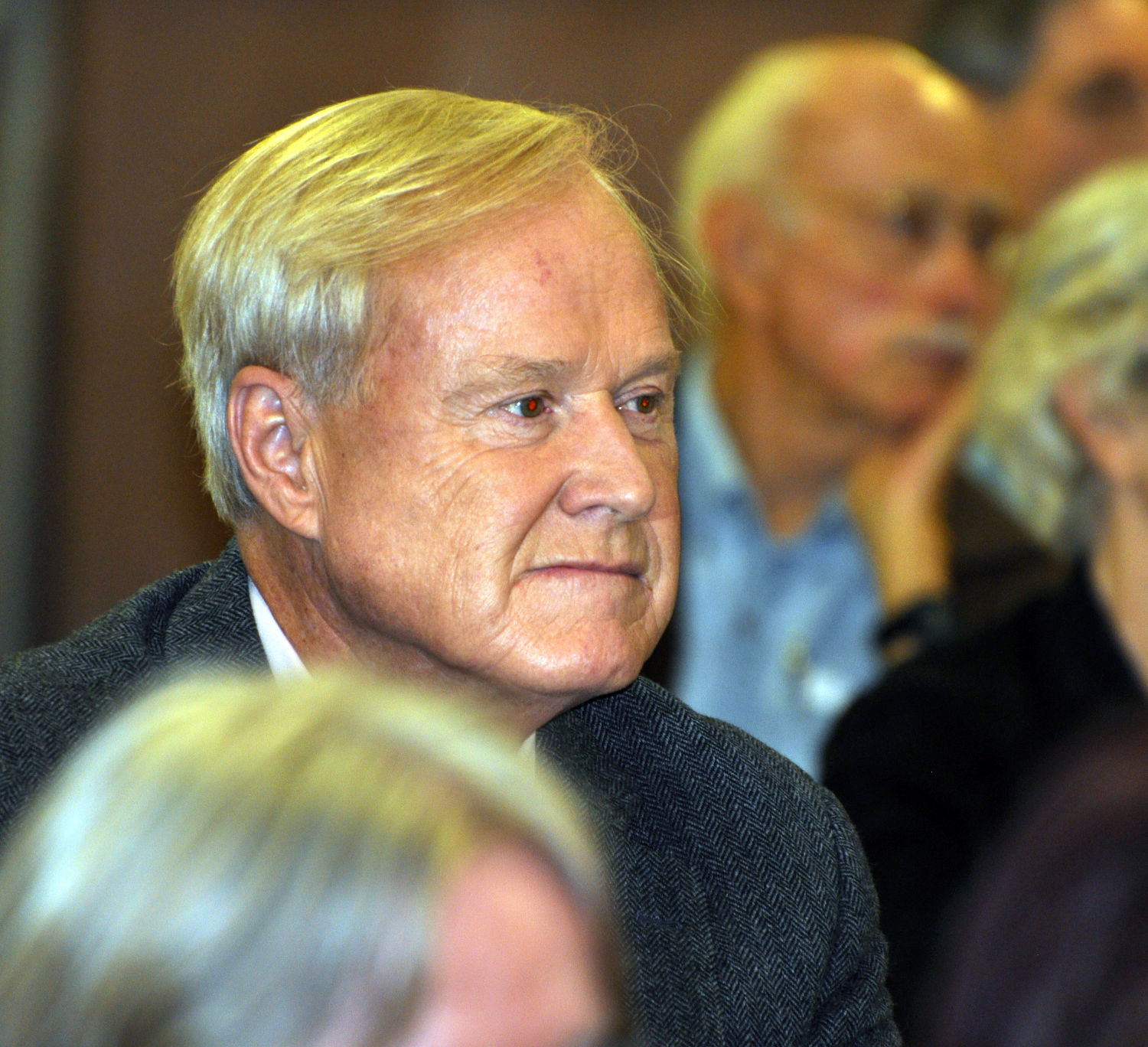 In 1997, Matthews began his own weeknight talk show, '' Hardball with Chris Matthews'', which originally aired on America's Talking and then moved to MSNBC. ''Hardball with Chris Matthews'' featured pundit (politics), pundits and elected officials as guests. ''The Chris Matthews Show'' aired in syndication on weekends from 2002 until 2013. The show was formatted as a political roundtable consisting of four journalists and Matthews, who served as the moderator. He is estimated to earn more than $5 million a year. In 2004, at the Democratic National Convention, Matthews predicted that he had "just seen the first black president". The ''Huffington Post'' reported on Matthews's emotional expressions of support for Barack Obama during the 2008 Presidential election, quoting him as saying: "I have to tell you, you know, it's part of reporting this case, this election, the feeling most people get when they hear Barack Obama's speech. My, I felt this thrill going up my leg. I mean, I don't have that too often." While discussing proposed Health care reform in the United States, healthcare reform on the December 17, 2009, edition of ''Hardball'', Matthews stated, "The Republicans will know they have lost.... Let them keep score and it's easy. It's complicated when liberals get to keep score. We're always arguing. Well, I'm a liberal, too." In March 2012, Matthews described himself as a centrist during an episode of his MSNBC talk show ''Hardball with Chris Matthews, Hardball''. That statement was questioned by ''Mediaite''s Josh Feldman directly afterward, based on Matthews's frequent condemnation of right-wing political figures and his emotional expression of support for Barack Obama's presidential campaign. Feldman observed that Matthews has criticized liberals such as Hillary Clinton and occasionally even Barack Obama, and that this could explain Matthews's description of himself as a "centrist". In 2013, Matthews announced that he had signed a long-term contract extension with MSNBC but that he would no longer host ''The Chris Matthews Show'' in order to focus his efforts on ''Hardball,'' writing books, and producing documentaries. The final episode of ''The Chris Matthews Show'' aired on July 21. In December 2018, Matthews interviewed U.S. Representative Tulsi Gabbard, who stated she was "seriously considering" Tulsi Gabbard 2020 presidential campaign, running for President. On February 7, 2020, during a panel discussion following a Democratic Party presidential candidate debate in New Hampshire, Matthews referenced Bernie Sanders' praise for aspects of Fidel Castro, Fidel Castro's Cuba, saying "[Had] Castro and the Reds had won the Cold War, there [would have been] executions in Central Park and I might have been one of the ones getting executed and certain other people would be there cheering, OK? So I have a problem with people [who] took the other side." His remarks were mocked by left-wing commentators. During the opening monologue of his Monday, March 2, 2020 show, Matthews announced his immediately-effective retirement from ''Hardball''. MSNBC had executed a long-term contract with Matthews, in 2013, to retain him with the network at least through the 2016 election, and he was expected to retire after the 2020 election cycle, with an exit after Election Day in November 2020 likely. Following his resignation, Matthews garnered well-wishes from professional colleagues in the news media and others, including from Congresswoman Tulsi Gabbard, who noted Matthews's willingness to "criticize the neocon pro-war agenda."

In December 2017, details surfaced of a 1999 settlement Matthews's employer, CNBC, reached with a female producer of Matthews's program who alleged Matthews made inappropriate comments about her in front of colleagues in the workplace. In October 2016, political journalist Laura Bassett appeared on Matthew's program to comment on sexual assault allegations against then candidate Donald Trump. In February 2020, Bassett alleged that prior to that program, Matthews made inappropriate remarks about her makeup, clothing, and dating life. As she was having her television studio makeup applied, Matthews purportedly asked her: "Why haven't I fallen in love with you yet?" Bassett claims that when she laughed nervously and said nothing, Matthews followed up to the makeup artist with: "Keep putting makeup on her, I'll fall in love with her." In 2017, Bassett had previously published a text about the incident, which did not identify Matthews by name.

After President Trump's inaugural address, Matthews characterized the speech as "Hitlerian", due to Trump's "America First (policy), America First" message. On February 22, 2020, commenting on the 2020 Nevada Democratic caucuses, Matthews invoked Winston Churchill's feeling of disbelief following the Battle of France, fall of France to the Nazis in 1940 as a metaphor for the feeling of disbelief experienced by establishment figures in the Democratic Party (United States), Democratic Party to Bernie Sanders' victory in the state. As members of Sanders's family were killed by the Nazis during the Holocaust, his comparison was viewed as insensitive and prompted widespread negative reactions on Twitter calling for him to be removed from MSNBC. Amid mounting criticism, Matthews issued an on-air apology to Sanders and his supporters on February 24. Sanders did not directly respond to the remarks, but instead urged the general public to focus its energies on the emerging COVID-19 pandemic. 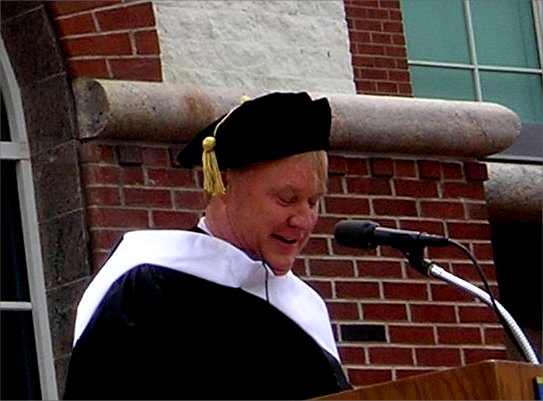 Matthews has been married since 1980 to Kathleen Matthews, who was a news anchor at WJLA-TV, the American Broadcasting Company, ABC affiliate in Washington, D.C., before accepting a position as an executive vice president with Marriott International. In 2015, Kathleen Matthews launched an unsuccessful campaign for the Democratic nomination to run for a United States House of Representatives, House seat in Maryland's 8th congressional district, which has been represented by progressive Democrat Jamie Raskin, Rep. Jamie Raskin since 2016. The couple have three children: Michael, Thomas, and Caroline. One of his four brothers Jim Matthews (politician), Jim Matthews, a Republican Party (United States), Republican, is a former county commissioner in Montgomery County, Pennsylvania. In 2002, Matthews was hospitalized with malaria, which he evidently contracted on one of his visits that year to Africa. He has also had other health problems, including diabetes (which he acknowledged having on the ''Hardball'' broadcast of December 7, 2009) and pneumonia. Matthews is a lifelong Philadelphia Phillies fan. Matthews was the commencement speaker at Ohio State University on May 4, 2014 and Merrimack College on May 15, 2015.

Matthews is the recipient of several awards, including The Pennsylvania Society's Gold Medal for Distinguished Achievement in 2005, the Abraham Lincoln Award from the Union League of Philadelphia, the David Brinkley Award for Excellence in Broadcast Journalism, the John F. Kennedy Memorial Award, and the 2016 Tip O'Neill Irish Diaspora Award.

Chris Matthews has received over 30 honorary degrees, among which are:


''Hardball with Chris Matthews'' on MSNBC