In databases, change data capture (CDC) is a set of software design patterns used to determine and track the data that has changed so that action can be taken using the changed data. CDC is an approach to data integration that is based on the identification, capture and delivery of the changes made to enterprise data sources. CDC occurs often in data-warehouse environments since capturing and preserving the state of data across time is one of the core functions of a data warehouse, but CDC can be utilized in any database or data repository system.

System developers can set up CDC mechanisms in a number of ways and in any one or a combination of system layers from application logic down to physical storage. In a simplified CDC context, one computer system has data believed to have changed from a previous point in time, and a second computer system needs to take action based on that changed data. The former is the source, the latter is the target. It is possible that the source and target are the same system physically, but that would not change the design pattern logically. Multiple CDC solutions can exist in a single system.

Tables whose changes must be captured may have a column that represents the time of last change. Names such as LAST_UPDATE, etc. are common. Any row in any table that has a timestamp in that column that is more recent than the last time data was captured is considered to have changed. Timestamps on rows are also frequently used for optimistic locking so this column is often available.

Database designers give tables whose changes must be captured a column that contains a version number. Names such as VERSION_NUMBER, etc. are common. One technique is to mark each changed row with a version number. A current version is maintained for the table, or possibly a group of tables. This is stored in a supporting construct such as a reference table. When a change capture occurs, all data with the latest version number is considered to have changed. Once the change capture is complete, the reference table is updated with a new version number. (Do not confuse this technique with row-level versioning used for optimistic locking. For optimistic locking each row has an independent version number, typically a sequential counter. This allows a process to atomically update a row and increment its counter only another process has not incremented the counter. But CDC cannot use row-level versions to find all changes unless it knows the original "starting" version of every row. This is impractical to maintain.)

This technique can either supplement or complement timestamps and versioning. It can configure an alternative if, for example, a status column is set up on a table row indicating that the row has changed (e.g., a boolean column that, when set to true, indicates that the row has changed). Otherwise, it can act as a complement to the previous methods, indicating that a row, despite having a new version number or a later date, still shouldn't be updated on the target (for example, the data may require human validation).

This approach combines the three previously discussed methods. As noted, it is not uncommon to see multiple CDC solutions at work in a single system, however, the combination of time, version, and status provides a particularly powerful mechanism and programmers should utilize them as a trio where possible. The three elements are not redundant or superfluous. Using them together allows for such logic as, "Capture all data for version 2.1 that changed between 6/1/2005 12:00 a.m. and 7/1/2005 12:00 a.m. where the status code indicates it is ready for production."

May include a publish/subscribe pattern to communicate the changed data to multiple targets. In this approach, triggers log events that happen to the transactional table into another queue table that can later be "played back". For example, imagine an Accounts table, when transactions are taken against this table, triggers would fire that would then store a history of the event or even the deltas into a separate queue table. The queue table might have schema with the following fields: Id, TableName, RowId, TimeStamp, Operation. The data inserted for our Account sample might be: 1, Accounts, 76, 11/02/2008 12:15am, Update. More complicated designs might log the actual data that changed. This queue table could then be "played back" to replicate the data from the source system to a target. ore discussion needed An example of this technique is the pattern known as the log trigger.

Coding a change into an application at appropriate points is another method that can give intelligent discernment that data changed. Although this method involves programming vs. more easily implemented "dumb" triggers, it may provide more accurate and desirable CDC, such as only after a COMMIT, or only after certain columns changed to certain values - just what the target system is looking for.

As often occurs in complex domains, the final solution to a CDC problem may have to balance many competing concerns.

Change data capture both increases in complexity and reduces in value if the source system saves metadata changes when the data itself is not modified. For example, some Data models track the user who last looked at but did not change the data in the same structure as the data. This results in noise in the Change Data Capture.

Actually tracking the changes depends on the data source. If the data is being persisted in a modern database then Change Data Capture is a simple matter of permissions. Two techniques are in common use: * Tracking changes using database triggers * Reading the transaction log as, or shortly after, it is written. If the data is not in a modern database, CDC becomes a programming challenge. 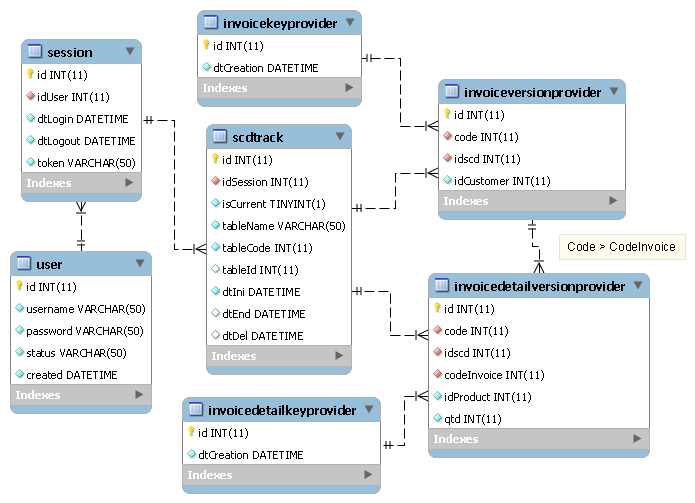 Sometimes the slowly changing dimension is used as a method.