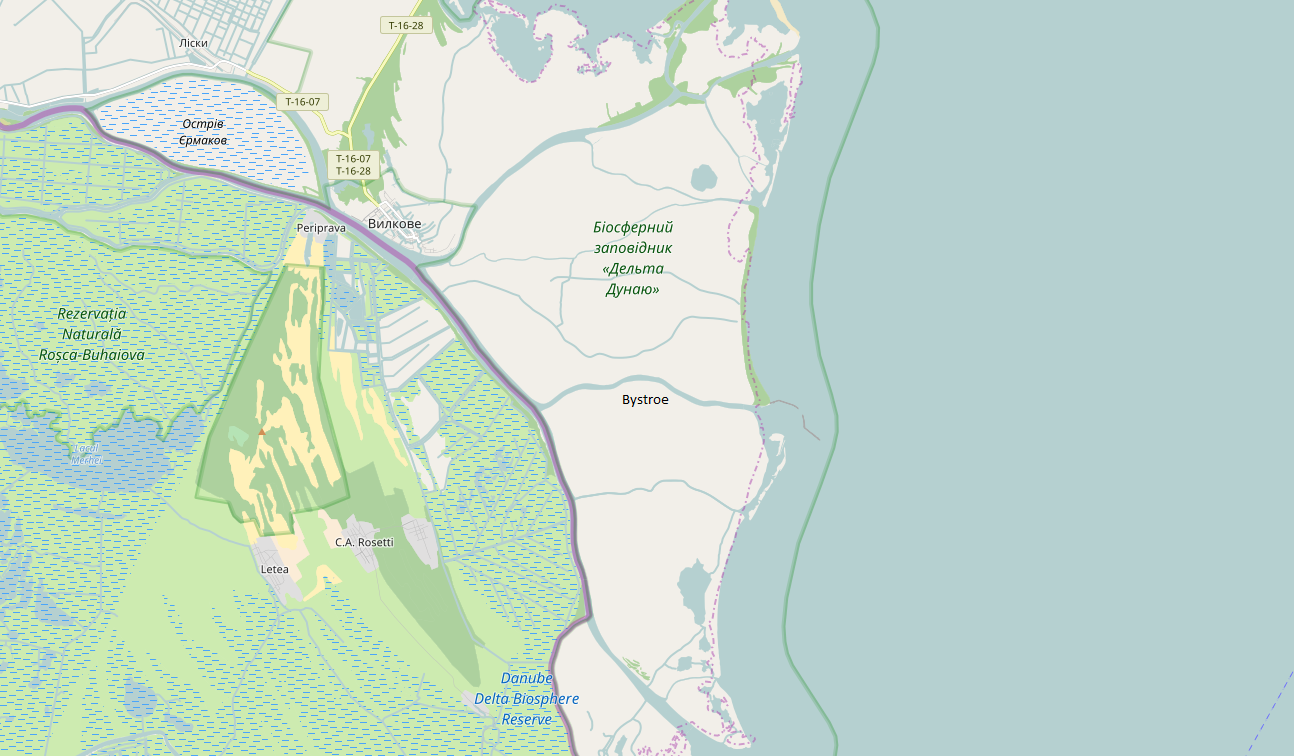 The Deepwater Navigation Course "Danube – Black Sea is a deep-water canal in the Danube Delta that runs through a Danube Delta distributaries Chilia, Old Istambul and "Bystroe". Through most of its length it coincides with the Romania-Ukraine border that stretches along Danube. The canal is served by the Ukrainian state company Ukrainian Sea Ports Authority and its piloting services branch Delta Lotsman. Portion of the canal, Bystroe, stretched through territory of Ukraine rather along the main course raised big concern in Romania which emphasized ecological issues of it as it stretches through the Ukrainian Biosphere Reserve "Danube Delta".

Originally the distributary (Bystroe) of Danube Delta was among the main Soviet (and Soviet Ukraine) waterways until 1959, when its exploitation stopped due to silting that occurred after Romanian authorities on a political initiative created own Danube – Black Sea Canal away from the border with the Soviet Union. After the Prorva distributary became silted in 1997, Ukraine was left without its own deep-water canal between the Danube and the Black Sea. According to the Ukrainian NGO International Centre for Policy Studies, the use of Romanian Sulina distributary costs Ukraine 0.7-1.2 million UAH annually.