The British Phonographic Industry (BPI) Ltd is the British recorded music industry's trade association. It runs the BRIT Awards, The Classic BRIT Awards, National Album Day, is home to the Mercury Prize, and co-owns the Official Charts Company with the Entertainment Retailers Association, and awards UK music sales through the BRIT Certified Awards.

It has represented the interests of British record companies since being formally incorporated in 1973 when the principal aim was to promote British music and fight copyright infringement. In 2007, the association's legal name was changed from British Phonographic Industry Limited (The). In September 2008, the BPI became one of the founding members of UK Music, an umbrella organisation representing the interests of all parts of the industry.

It founded the annual BRIT Awards for the British music industry in 1977, and, later, The Classic BRIT Awards. The organising company, BRIT Awards Limited, is a fully owned subsidiary of the BPI. Proceeds from both shows go to the BRIT Trust, the charitable arm of the BPI that has donated over £26m to charitable causes nationwide since its foundation in 1989. In September 2013, the BPI presented the first ever BRITs Icon Award to Sir Elton John. The BPI also endorsed the launch of the Mercury Prize for the Album of the Year in 1992, and since 2016 has organised the Prize. The recorded music industry's Certified Awards program, which attributes Platinum, Gold and Silver status to singles, albums and music videos (Platinum and Gold only) based on their sales performance (see BRIT Certified Awards), has been administered by the BPI since its inception in 1973.

The charitable arm of the BPI, the trust was conceived in 1989 by a collection of leading music industry individuals with a mission to give young people a chance to express their musical creativity regardless of race, class, sex or ability. The BRIT Trust is the only music charity actively supporting all types of education across the entire spectrum of music. Through the projects it supports, which include Nordoff-Robbins Music Therapy and the BRIT School, the Trust offers young people the opportunity to enhance their lives through music. Proceeds from the BRIT Awards and the Classic BRITs shows go to the BRIT Trust, which has donated over £26m to charitable causes nationwide since its foundation.

Opened in September 1991, the BRIT School is a joint venture between The BRIT Trust and the Department for Education and Skills (DfES). Based at Selhurst in Croydon, the school is the only non-fee-paying performing arts school in the UK. It teaches up to 1,100 students each year aged from 14 to 19 years in music, dance, drama, musical theatre, production, media and art & design. Students are from completely diverse backgrounds and are not required to stick to their own discipline; dancers learn songwriting, pianists can learn photography. Nor do students have to work/perform in the evening to pay for the tuition; all they have to do is show their determination to succeed in the competitive creative industries. 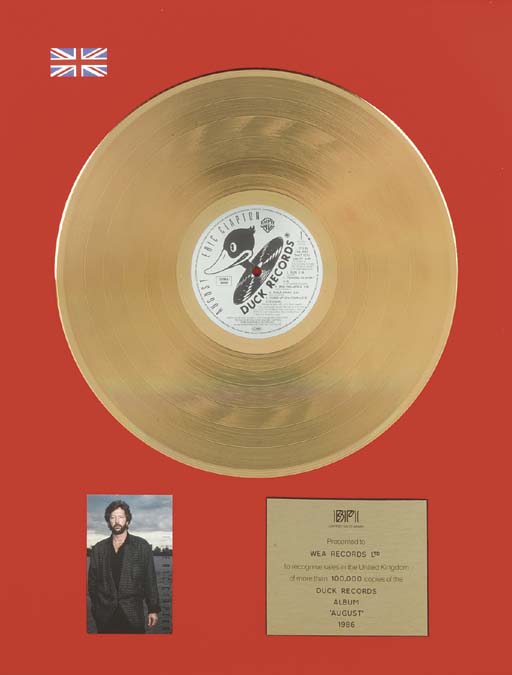 The BPI administers the ''BRIT Certified'' Platinum, Gold and Silver awards scheme for music releases in the United Kingdom. The level of the award varies depending on the format of the release (albums, singles or music videos) and the level of sales achieved. Although the awards program was for many years based on the level of shipments by record labels to retailers, since July 2013 certifications have been automatically allocated by the BPI upon the relevant sales thresholds being achieved in accordance with Official Charts Company data. Since July 2014, audio streaming has been included for singles and from June 2015 audio streams were added to album certifications. In July 2018 video streams were included in singles certifications for the first time. Streaming's contributions to chart-eligible sales totals for singles and albums are calculated using the methodology employed by the Official Charts Company for consumption at title level. In April 2018 a new Breakthrough certification was introduced, pertaining to an artist's first album to reach 30,000 sales. Additionally, the program was re-branded as ''BRIT Certified'', with public promotion of the programme being assumed by the BRIT Awards' social media outlets and digital properties. Chief executive Geoff Taylor justified the change by stating that it was part of an effort to cross-promote the certifications with "the UK's biggest platform for artistic achievement".

The BPI have developed bespoke software and automated crawling tools created in-house by the BPI which search for members repertoire across more than 400 known infringing sites and generate URLs which are sent to Google as a DMCA Notice for removal within hours of receipt. Additionally, personnel are also seconded to the City of London Police Intellectual Property Crime Unit to support anti-"piracy" operations.