Britannia Airways was a charter airline based in the UK. It was founded in 1961 as ''Euravia'' and became the world's largest holiday airline. Britannia's main bases were at London Gatwick, London Stansted, London Luton, Cardiff, Bristol, East Midlands, Birmingham, Manchester, Newcastle, Leeds Bradford, Edinburgh and Glasgow. It had its headquarters at Britannia House in Luton. Britannia was originally a charter operator for Universal Sky Tours and later for Thomson holidays where it became the in-house airline with a fleet of Boeing jet aircraft. In 2000, Thomson Travel Group, and thereby Britannia Airways, were acquired by TUI Group of Germany. As part of a wider reorganisation of TUI's UK operations in September 2004, Britannia was rebranded as Thomsonfly. 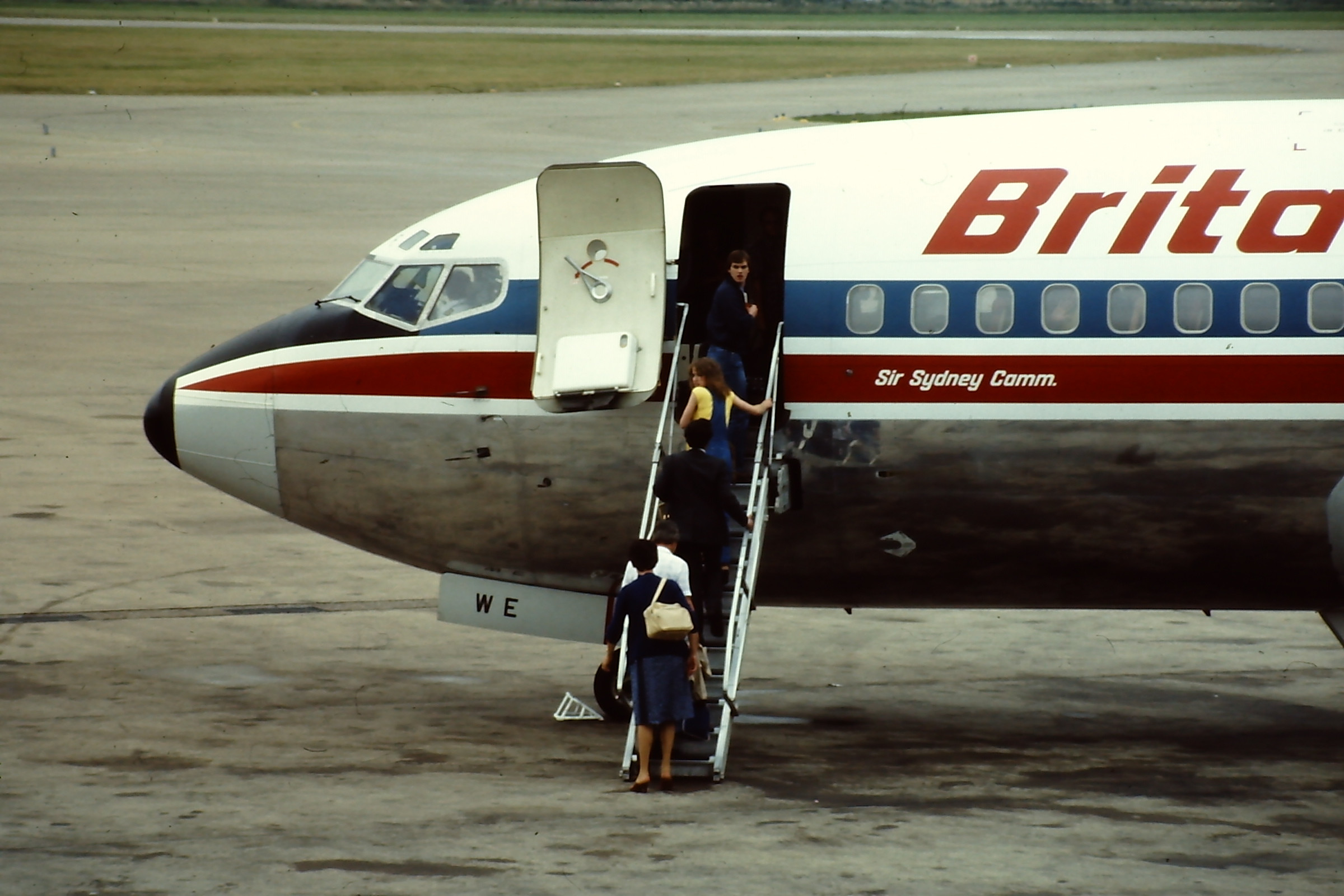 The airline was established as ''Euravia (London)'' by British businessman T.E.D. Langton and aviation consultant J.E.D. Williams on 1 December 1961. It was founded at a time of considerable turmoil for the independent sector of the British air operators industry, during the early 1960s, several firms suffered from severe financial hardship and were even driven into bankruptcy. Upon deciding to launch operations, the company quickly obtained the necessary licences from the Air Transport Licensing Board, airworthiness certificates for its aircraft from the Air Registration Board, and an Air Operator's Certificate from the Ministry of Aviation. These applications were not without some difficulty as Euravia had the distinction of being refused more licences than any other two airlines put together; this was due to the fact that the firm placed a larger number of applications than any British airline, except for British United Airways (BUA). On 1 April 1962, Euravia established its initial operating base at Luton Airport; on 13 April, the airline's first aircraft, a Lockheed Constellation, was delivered for certification and training. Early on, Euravia benefitted from its close association with inclusive tour holiday company Universal Sky Tours. On 5 May 1962, Euravia commenced flight operations, using an initial batch of three Constellations to perform flights on behalf of Universal Sky Tours. Within ten days, the operation was reportedly breaking-even; by a month later, the firm's initial fleet was operating at its maximum planned utilisation rate. On 5 October of that same year, a rival charter airline Skyways, one of Britain's foremost independent airlines during the 1950s and early 1960s, was taken over by Euravia and integrated into its operations. The Skyways takeover did not include Skyways Coach-Air, a Skyways associate, established in the early 1950s by Eric Rylands to operate low-fare coach-air services between London and several European capital cities. Following Euravia's acquisition of Skyways, Skyways Coach-Air remained independent until its successor Skyways International was taken over by Dan-Air in 1972. By 15 June 1963, Euravia was operating a mixed fleet of eight Constellations and four Avro Yorks. Euravia also took on Skyways Pan Am engine contract at London Heathrow using ex-Skyways Yorks; under this arrangement, one of these aircraft was on permanent standby at Heathrow ready to fly a spare jet engine to rescue any PanAm Boeing 707 jetliner that encountered engine problems. These rescue flights were flown as far afield as Singapore and Hong Kong. The other Yorks were used for adhoc freighting until 1965 when the last aircraft G-AGNV was flown from Luton to Staverton, Gloucester to be an exhibit at the now defunct Skyfame museum. Upon retirement, this aircraft was preserved and placed on display at the RAF museum, RAF Cosford.

On 16 August 1964, the airline was rebranded, becoming ''Britannia Airways''; this name was adopted to coincide with re-equipping with ex-British Overseas Airways Corporation (BOAC) Bristol Britannia turboprop airliners to replace the Constellations. The type would not be used for long however; during December 1970, the last remaining Britannia 102 was withdrawn from service, consequently, the airline became an all-jet operator at this point. During the late 1960s, Britannia became the first charter airline to offer assigned seating, as well as hot in-flight meals.