A breechloader is a firearm in which the user loads the ammunition (cartridge or shell) via the rear (breech) end of its barrel, as opposed to a muzzleloader, which loads ammunition via the front (muzzle) end. Modern firearms are generally breech-loading – except for replicas of vintage weapons. Early firearms before the mid-19th century, however, were almost entirely muzzle-loading. Mortars and the Russian GP-25 grenade launcher are the only muzzleloaders remaining in frequent modern usage. Breech-loading provides the advantage of reduced reloading time, because it is far quicker to load the projectile and propellant into the chamber of a gun/cannon than to reach all the way over to the front end to load ammunition and then push them back down a long tube – especially when the projectile fits tightly and the tube has spiral ridges from rifling. In field artillery, the advantages were similar – crews no longer had to get in front of the gun and force things down a long barrel with a ramrod, and the shot could now tightly fit the bore, increasing accuracy. It also made it easier to load a previously fired weapon with a fouled barrel. Gun turrets and emplacements for breechloaders can be smaller, since crews don't need to retract the gun for frontal loading. After breech-loading became common, it also became common practice to fit recoil systems onto field guns to prevent the recoil from rolling the carriage back with every shot and ruining the aim. That provided faster firing times, but is not directly related to whether the gun is breech loading or not. Now that guns were able to fire without the entire carriage recoiling, the crew was able to remain grouped closely around the gun, ready to load and put final touches on the aim, subsequent to firing the next shot. That led to the development of an armored shield fitted to the carriage of the gun, to help shield the crew from long range area or sniper fire from the new, high-velocity, long-range rifles, or even machine guns. 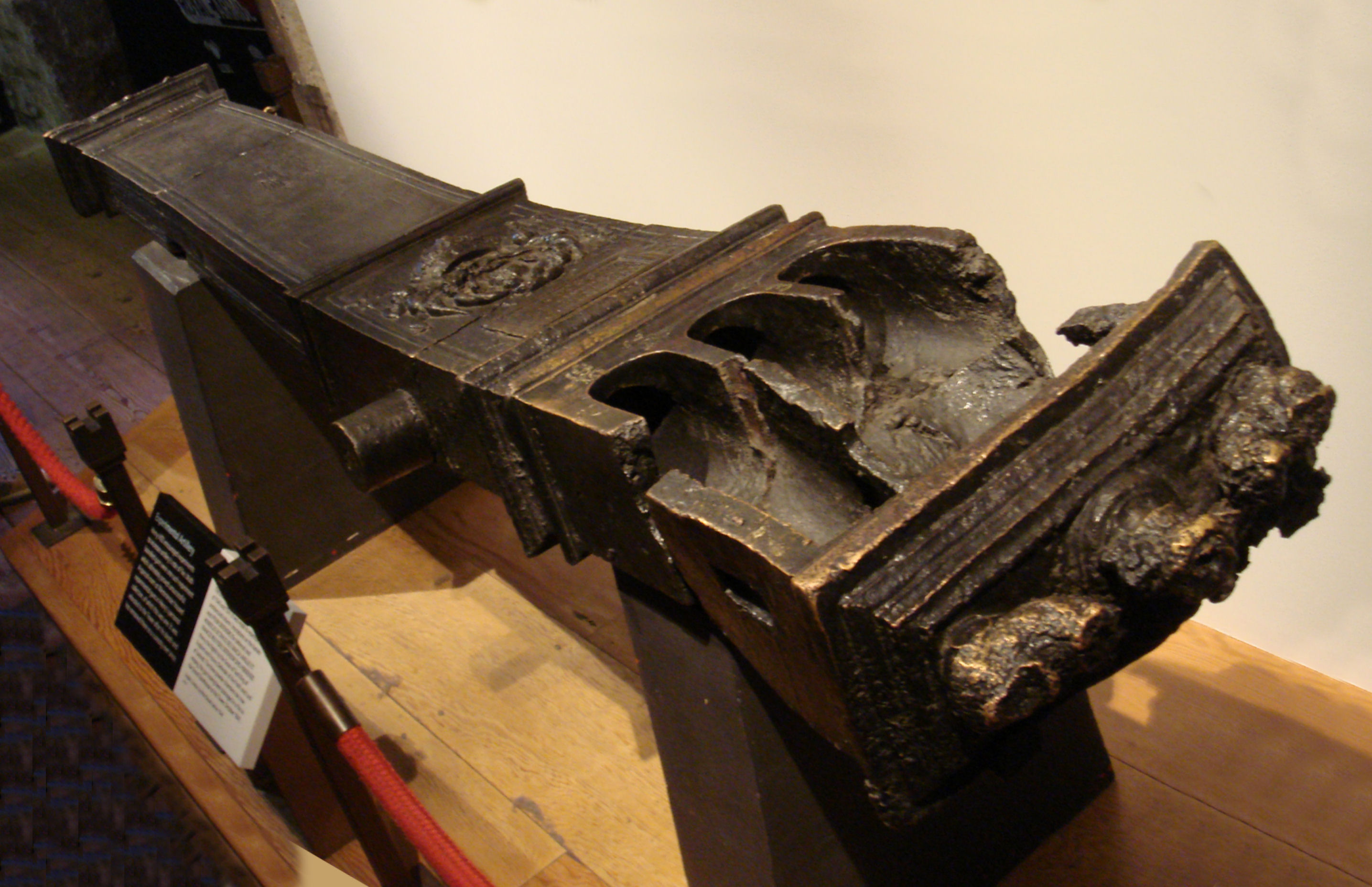 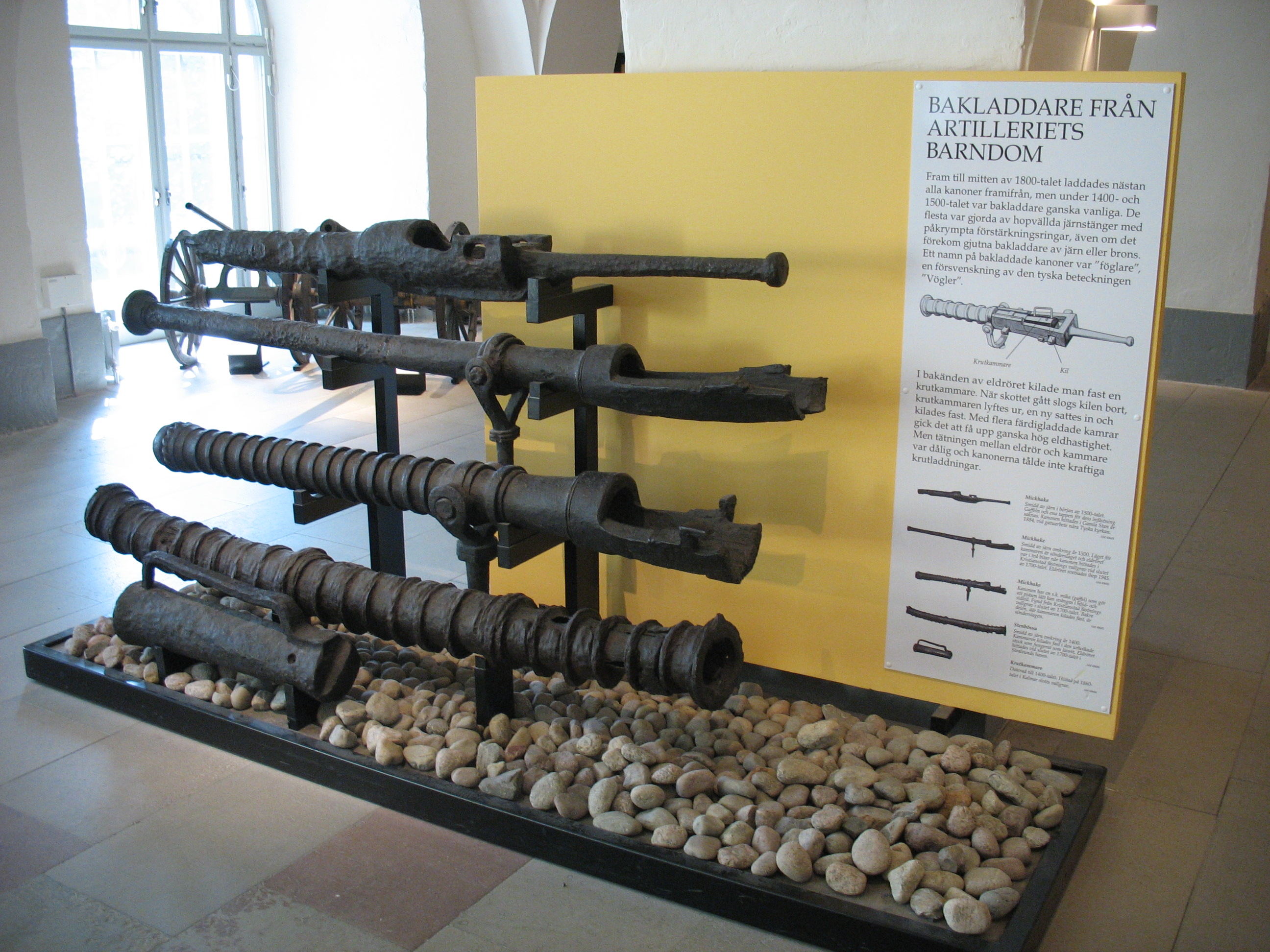 Although breech-loading firearms were developed as far back as the early 14th century in Burgundy and various other parts of Europe, breech-loading became more successful with improvements in precision engineering and machining in the 19th century (see Dreyse needle gun). The main challenge for developers of breech-loading firearms was sealing the breech. This was eventually solved for smaller firearms by the development of the self-contained metallic cartridge. For firearms too large to use cartridges, the problem was solved by the development of the interrupted screw.

right|thumb|Breech-loading firearm that belonged to Philip V of Spain, made by A. Tienza, [[Madrid circa 1715. It came with a ready-to-load reusable cartridge. This is a [[miquelet]] system.]] 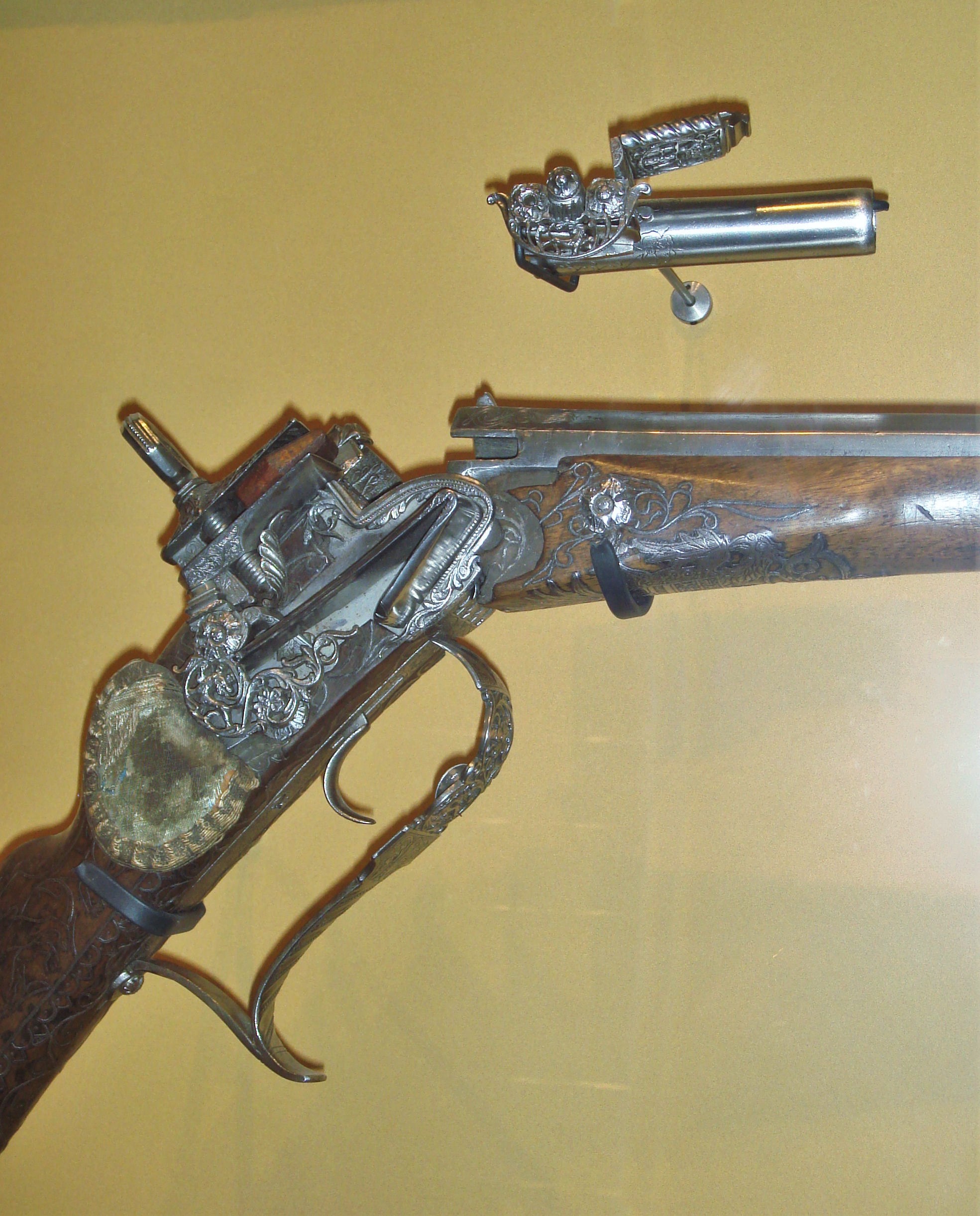 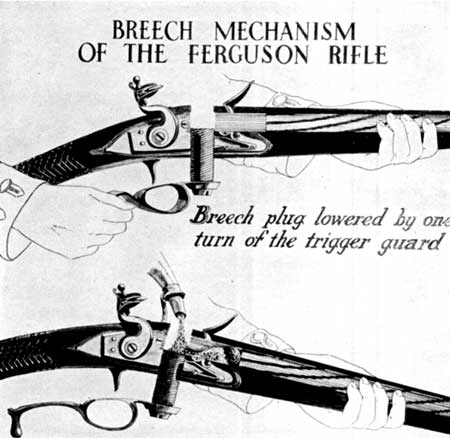 Breech-loading firearms are known from the 16th century. Henry VIII possessed one, which he apparently used as a hunting gun to shoot birds. Meanwhile, in China, an early form of breech loading musket, known as the Che Dian Chong, was known to have been created in the second half of the 16th century for the Ming dynasty's arsenals. Like all early breech loading fireams, gas leakage was a limitation and danger present in the weapon's mechanism. More breech-loading firearms were made in the early 18th century. One such gun known to have belonged to Philip V of Spain, and was manufactured circa 1715, probably in Madrid. It came with a ready-to load reusable cartridge. Patrick Ferguson, a British Army officer, developed in 1772 the Ferguson rifle, a breech-loading flintlock firearm. Roughly two hundred of the rifles were manufactured and used in the Battle of Brandywine, during the American Revolutionary War, but shortly after they were retired and replaced with the standard Brown Bess musket. In turn the American army, after getting some experience with muzzle-loaded rifles in the late 18th century, adopted the second standard breech-loading firearm in the world, M1819 Hall rifle, and in larger numbers than the Fergusson rifle. About the same time and later on into the mid-19th century, there were attempts in Europe at an effective breech-loader. There were concentrated attempts at improved cartridges and methods of ignition. In Paris in 1808, in association with French gunsmith François Prélat, Jean Samuel Pauly created the first fully self-contained cartridges: