Since ski trails were first cut in 1961, Breckenridge Ski Resort has made the town a popular destination for skiers. Summer in Breckenridge attracts outdoor enthusiasts with hiking trails, wildflowers, fly-fishing in the Blue River, mountain biking, nearby Lake Dillon for boating, white water rafting, three alpine slides, a roller coaster, and many shops and restaurants up and down Main Street. The historic buildings along Main Street with their clapboard and log exteriors add to the charm of the town. Since 1981, Breckenridge hosts the Breckenridge Festival of Film in September. In January each year since the 21st century there is a Backcountry Film Festival. That is held at about the same time as the Ullr Fest, a week of celebrating snow and honoring the Norse god Ullr. There are many summer activities, including an annual Fourth of July parade.

Prior to the establishment of the town, the area was known as "Fort Meribeh", after a "Mary B." who was the only white woman on the original expedition to settle there. The town of Breckenridge was founded in November 1859 and named for prospector Thomas Breckenridge. In 1860, General George E. Spencer persuaded the citizens to change the spelling the town's name to Breckinridge in honor of U.S. Vice President John Cabell Breckinridge in the hopes of gaining a post office. Spencer succeeded in his plan and the Breckinridge Post Office became the first post office between the Continental Divide and Salt Lake City. When Breckinridge accepted a commission as a Brigadier General in the Confederate States Army in 1861, the town promptly changed its name back to the original Breckenridge. 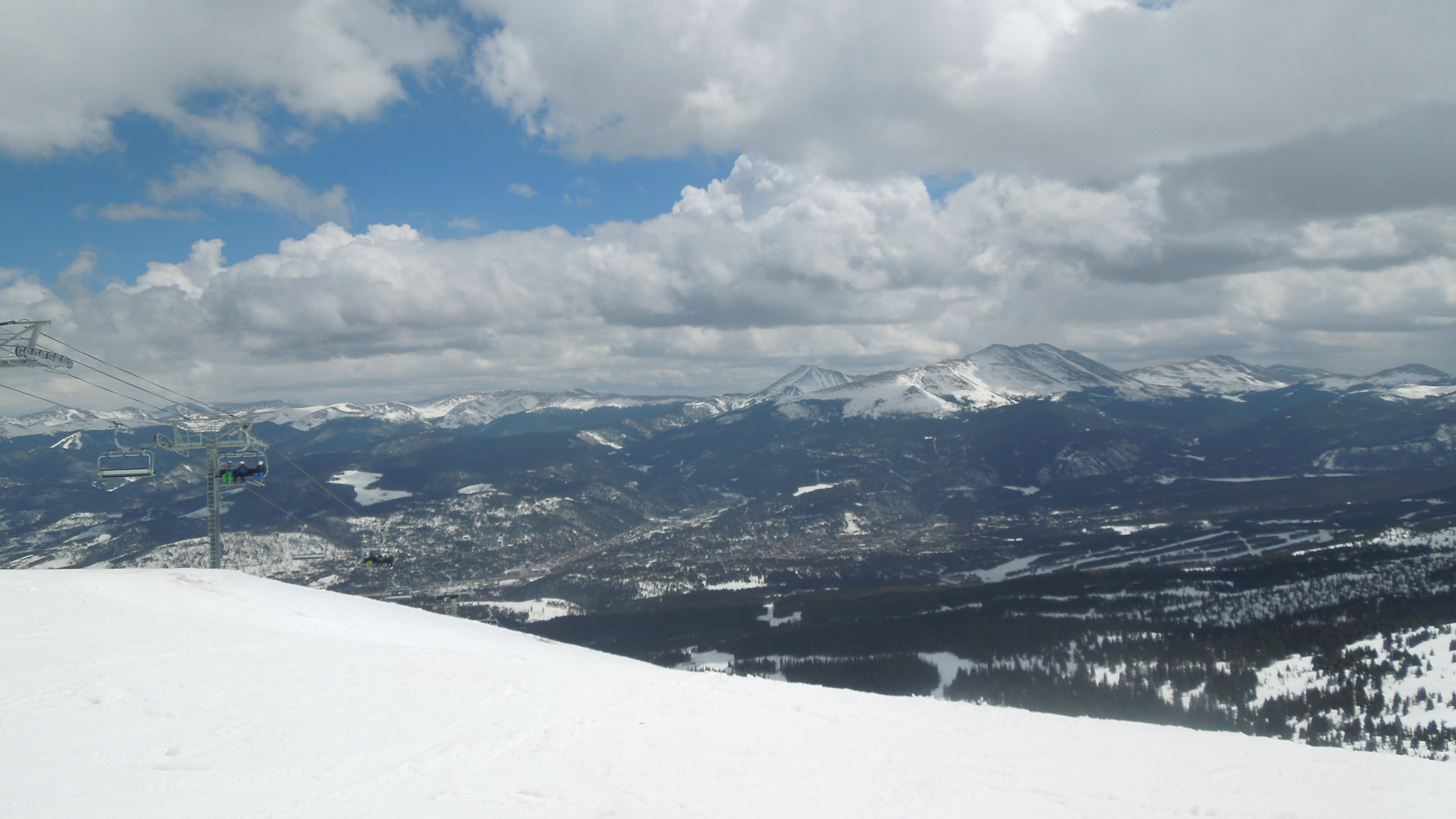 Prospectors entered what is now Summit County (then part of Utah Territory) during the Pikes Peak Gold Rush of 1859, soon after the placer gold discoveries east of Breckenridge near Idaho Springs. Breckenridge was founded to serve the miners working rich placer gold deposits discovered along the Blue River. Placer gold mining was soon joined by hard rock mining, as prospectors followed the gold to its source veins in the hills. Gold in some upper gravel benches east of the Blue River was recovered by hydraulic mining. Gold production decreased in the late 1800s, but revived in 1908 by gold dredging operations along the Blue River and Swan River. The Breckenridge mining district is credited with production of about one million troy ounces (about 31,000 kilograms) of gold. The gold mines around Breckenridge are all shut down, although some are open to tourist visits. The characteristic gravel ridges left by the gold dredges can still be seen along the Blue River and Snake River, and the remains of a dredge are still afloat in a pond off the Swan River. Notable among the early prospectors was Edwin Carter, a log cabin naturalist who decided to switch from mining to collecting wildlife specimens. His log cabin, built in 1875, still stands today and has been recently renovated by the Breckenridge Heritage Alliance with interactive exhibits and a small viewing room with a short creative film on his life and the early days around Breckenridge. Harry Farncomb found the source of the French Gulch placer gold on Farncomb Hill in 1878. His strike, Wire Patch, consisted of alluvial gold in wire, leaf and crystalline forms. By 1880, he owned the hill. Farncomb later discovered a gold vein, which became the Wire Patch Mine. Other vein discoveries included Ontario, Key West, Boss, Fountain, and Gold Flake. The Breckenridge Heritage Alliance reports that in the 1930s, a women's group in Breckenridge stumbled upon an 1880s map that failed to include Breckenridge. They speculated that Breckenridge had never been officially annexed into the United States, and was thus still considered "No Man's Land". This was completely false—official US maps did include Breckenridge—but these women created an incredibly clever marketing campaign out of this one map. In 1936 they invited the Governor of Colorado to Breckenridge to raise a flag at the Courthouse officially welcoming Breckenridge into the union—and he came. There was a big party, and the entire event/idea of Breckenridge being left off the map made national news. The "No Man's Land" idea later morphed into a new theme of Breckenridge being referred to as "Colorado's Kingdom", and the theme of the town's independent spirit is still celebrated to today during the annual "Kingdom Days" celebrations every June. In December 1961, skiing was introduced to Breckenridge when several trails were cut on the lower part of Peak 8, connected to town by Ski Hill Road. In the 50-plus years since, the ski area was gradually expanded onto adjacent peaks, with trails opening on Peak 9 in the early 1970s, Peak 10 in 1985, Peak 7 in 2002, and Peak 6 in 2013. On November 3, 2009, voters passed ballot measure 2F by a nearly 3 to 1 margin (73%), which legalized marijuana possession for adults. The measure allows possession of up to an ounce of marijuana and also decriminalizes the possession of marijuana-related paraphernalia. Possession became legal January 1, 2010. Possession was still illegal by state law, however, until the passage of Colorado Amendment 64 in 2012.

Breckenridge's climate is considered to be high-alpine with the tree line ending at . The average humidity remains around 30% throughout the year. At the elevation of the weather station, the climate could be described as a variety of a subarctic climate (Dfc) since summer means are above in spite of the very cool nights. Winter lows are quite severe, but the days averaging around the freezing mark somewhat moderate mean temperatures. A weather station was run in the town from 1893 to 1913, and from 1948 to the current day. However, temperature measurements are mostly confined to the first period, and the temperature record is thus very sparse. Even so, a temperature of freezing or below was recorded for every single date of the year except July 26.

Every January, the International Snow Sculpture Championships are held in Breckenridge, where sculptors from around the world compete to create works of art from twenty ton blocks of snow. The annual winter Ullr Fest parade pays homage to the Norse god of snow Ullr. The Backcountry Film Fest began in the 21st century, which happens in January.