Boron is a chemical element with the symbol B and atomic number 5. Produced entirely by cosmic ray spallation and supernovae and not by stellar nucleosynthesis, it is a low-abundance element in the Solar System and in the Earth's crust. It constitutes about 0.001 percent by weight of Earth's crust. Boron is concentrated on Earth by the water-solubility of its more common naturally occurring compounds, the borate minerals. These are mined industrially as evaporites, such as borax and kernite. The largest known boron deposits are in Turkey, the largest producer of boron minerals. Elemental boron is a metalloid that is found in small amounts in meteoroids but chemically uncombined boron is not otherwise found naturally on Earth. Industrially, very pure boron is produced with difficulty because of refractory contamination by carbon or other elements. Several allotropes of boron exist: amorphous boron is a brown powder; crystalline boron is silvery to black, extremely hard (about 9.5 on the Mohs scale), and a poor electrical conductor at room temperature. The primary use of elemental boron is as boron filaments with applications similar to carbon fibers in some high-strength materials. Boron is primarily used in chemical compounds. About half of all boron consumed globally is an additive in fiberglass for insulation and structural materials. The next leading use is in polymers and ceramics in high-strength, lightweight structural and refractory materials. Borosilicate glass is desired for its greater strength and thermal shock resistance than ordinary soda lime glass. Boron as sodium perborate is used as a bleach. A small amount of boron is used as a dopant in semiconductors, and reagent intermediates in the synthesis of organic fine chemicals. A few boron-containing organic pharmaceuticals are used or are in study. Natural boron is composed of two stable isotopes, one of which (boron-10) has a number of uses as a neutron-capturing agent. The intersection of boron with biology is very small. Consensus on boron as essential for mammalian life is lacking. Borates have low toxicity in mammals (similar to table salt) but are more toxic to arthropods and are occasionally used as insecticides. Boron-containing organic antibiotics are known. Although only traces are required, boron is an essential plant nutrient.

The word ''boron'' was coined from ''borax'', the mineral from which it was isolated, by analogy with ''carbon'', which boron resembles chemically. 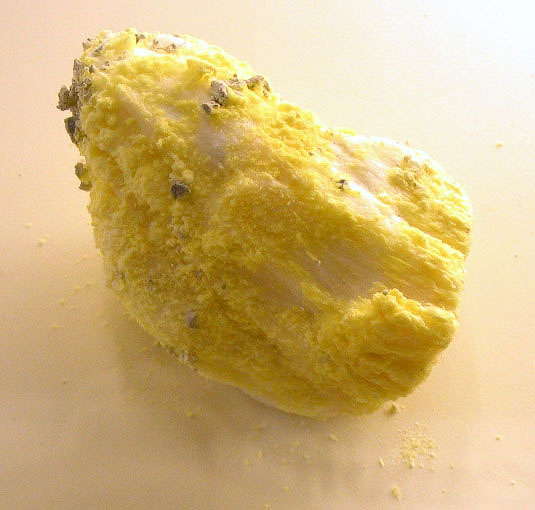 Borax, its mineral form then known as tincal, glazes were used in China from AD 300, and some crude borax reached the West, where the alchemist Jābir ibn Hayyān apparently mentioned it in AD 700. Marco Polo brought some glazes back to Italy in the 13th century. Agricola, around 1600, reports the use of borax as a flux in metallurgy. In 1777, boric acid was recognized in the hot springs (soffioni) near Florence, Italy, and became known as ''sal sedativum'', with primarily medical uses. The rare mineral is called sassolite, which is found at Sasso, Italy. Sasso was the main source of European borax from 1827 to 1872, when American sources replaced it. Boron compounds were relatively rarely used until the late 1800s when Francis Marion Smith's Pacific Coast Borax Company first popularized and produced them in volume at low cost. Boron was not recognized as an element until it was isolated by Sir Humphry Davy and by Joseph Louis Gay-Lussac and Louis Jacques Thénard. In 1808 Davy observed that electric current sent through a solution of borates produced a brown precipitate on one of the electrodes. In his subsequent experiments, he used potassium to reduce boric acid instead of electrolysis. He produced enough boron to confirm a new element and named the element ''boracium''. Gay-Lussac and Thénard used iron to reduce boric acid at high temperatures. By oxidizing boron with air, they showed that boric acid is an oxidation product of boron. Jöns Jacob Berzelius identified boron as an element in 1824. Pure boron was arguably first produced by the American chemist Ezekiel Weintraub in 1909.

Preparation of elemental boron in the laboratory

The earliest routes to elemental boron involved the reduction of boric oxide with metals such as magnesium or aluminium. However, the product is almost always contaminated with borides of those metals. Pure boron can be prepared by reducing volatile boron halides with hydrogen at high temperatures. Ultrapure boron for use in the semiconductor industry is produced by the decomposition of diborane at high temperatures and then further purified by the zone melting or Czochralski processes. The production of boron compounds does not involve the formation of elemental boron, but exploits the convenient availability of borates. 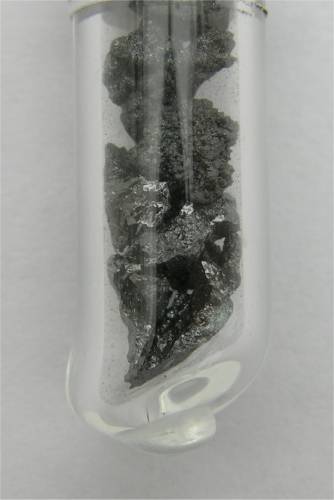 Boron is similar to carbon in its capability to form stable covalently bonded molecular networks. Even nominally disordered (amorphous) boron contains regular boron icosahedra which are, however, bonded randomly to each other without long-range order. Crystalline boron is a very hard, black material with a melting point of above 2000 °C. It forms four major polymorphs: α-rhombohedral and β-rhombohedral (α-R and β-R), γ and β-tetragonal (β-T); α-tetragonal phase also exists (α-T), but is very difficult to produce without significant contamination. Most of the phases are based on B12 icosahedra, but the γ-phase can be described as a rocksalt-type arrangement of the icosahedra and B2 atomic pairs. It can be produced by compressing other boron phases to 12–20 GPa and heating to 1500–1800 °C; it remains stable after releasing the temperature and pressure. The T phase is produced at similar pressures, but higher temperatures of 1800–2200 °C. As to the α and β phases, they might both coexist at ambient conditions with the β phase being more stable.