Alexander Boris de Pfeffel Johnson (; born 19 June 1964) is a British politician and writer serving as Prime Minister of the United Kingdom and Leader of the Conservative Party since July 2019. He was Secretary of State for Foreign and Commonwealth Affairs from 2016 to 2018 and Mayor of London from 2008 to 2016. Johnson has been Member of Parliament (MP) for Uxbridge and South Ruislip since 2015 and was previously MP for Henley from 2001 to 2008. He has been described as adhering to the ideology of one-nation and national conservatism. Johnson was educated at Eton College and studied Classics at Balliol College, Oxford. He was elected President of the Oxford Union in 1986. In 1989, he became the Brussels correspondent, and later political columnist, for ''The Daily Telegraph'', where his articles exerted a strong Eurosceptic influence on the British right. He was editor of ''The Spectator'' magazine from 1999 to 2005. After being elected to Parliament in 2001, Johnson was a shadow minister under Conservative leaders Michael Howard and David Cameron. In 2008, he was elected Mayor of London and resigned from the House of Commons; he was re-elected as mayor in 2012. During his mayoralty, Johnson oversaw the 2012 Summer Olympics and the cycle hire scheme, both initiated by his predecessor, along with introducing the New Routemaster buses, the Night Tube, and the Thames cable car and promoting the Garden Bridge. He also banned alcohol consumption on much of London's public transport. In the 2015 election, Johnson was elected MP for Uxbridge and South Ruislip; he stepped down as mayor the following year, during which he became a prominent figure in the successful Vote Leave campaign for Brexit in the 2016 EU membership referendum. He was appointed foreign secretary by Theresa May after the referendum; he resigned the position two years later in protest at May's approach to Brexit and the Chequers Agreement. After May resigned in 2019, he was elected Conservative leader and appointed prime minister. His September 2019 prorogation of Parliament was ruled unlawful by the Supreme Court. In the 2019 election, Johnson led the Conservative Party to its biggest parliamentary victory since 1987, winning 43.6% of the vote – the largest share of any party since 1979. The United Kingdom withdrew from the EU under the terms of a revised Brexit withdrawal agreement, entering into a transition period and trade negotiations leading to the EU–UK Trade and Cooperation Agreement. Johnson has led the United Kingdom's ongoing response to the COVID-19 pandemic. Supporters of Johnson have praised him as optimistic, humorous and entertaining, with an appeal stretching beyond traditional Conservative voters. Conversely, his critics have accused him of elitism, cronyism, and prejudice. His actions that are viewed by supporters as pragmatic tend to be viewed by opponents as opportunistic.

Johnson was born on 19 June 1964 in the Upper East Side of Manhattan, New York City, to 23-year-old Stanley Johnson, an Englishman, then studying economics at Columbia University, and 22-year-old Charlotte Fawcett, an Oxford-born artist from a family of liberal intellectuals. Johnson's parents had married in 1963 before moving to the US, where they lived opposite the Chelsea Hotel. In September 1964, they returned to England, so that Charlotte could study at the University of Oxford; during this time, she lived with her son in Summertown, a suburb of Oxford, and in 1965 she gave birth to a daughter, Rachel. In July 1965, the family moved to Crouch End in north London, and in February 1966 they relocated to Washington, D.C., where Stanley had gained employment with the World Bank. A third child, Leo, was born in September 1967. Stanley then gained employment with a policy panel on population control, and in June moved the family to Norwalk, Connecticut. 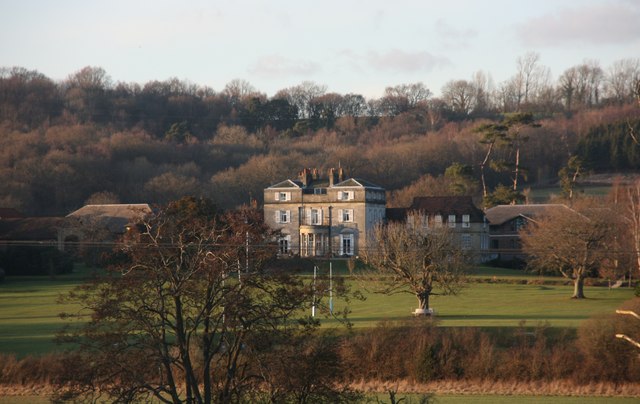 In 1969, the family returned to England and settled into West Nethercote Farm, near Winsford in Somerset, Stanley's remote family home on Exmoor in the West Country. There, Johnson gained his first experiences of fox hunting. Stanley was regularly absent from Nethercote, leaving Johnson to be raised largely by his mother, assisted by ''au pairs''. As a child, Johnson was quiet and studious and suffered from deafness, resulting in several operations to insert grommets into his ears. He and his siblings were encouraged to engage in highbrow activities from a young age, with high achievement being greatly valued; Johnson's earliest recorded ambition was to be "world king". Having few or no friends other than their siblings, the children became very close. In late 1969, the family relocated to Maida Vale in West London, while Stanley began post-graduate research at the London School of Economics. In 1970, Charlotte and the children briefly returned to Nethercote, where Johnson attended Winsford Village School, before returning to London to settle in Primrose Hill, where they were educated at Primrose Hill Primary School. A fourth child and third son, Joseph, was born in late 1971. After Stanley secured employment at the European Commission, he moved his family in April 1973 to Uccle, Brussels, where Johnson attended the European School, Brussels I and learnt to speak French. Charlotte suffered a nervous breakdown and was hospitalised with clinical depression, after which in 1975 Johnson and his siblings were sent back to England to attend Ashdown House, a preparatory boarding school in East Sussex. There, he developed a love of rugby and excelled at Ancient Greek and Latin, but was appalled at the teachers' use of corporal punishment. Meanwhile, in December 1978 his parents' relationship broke down; they divorced in 1980, and Charlotte moved into a flat in Notting Hill, west London, where she was joined by her children for much of their time.

Johnson gained a King's Scholarship to study at Eton College, the elite independent boarding school near Windsor in Berkshire. Arriving in the autumn term of 1977, he began using as his given name Boris rather than Alex, and developed "the eccentric English persona" for which he became famous. He abandoned his mother's Catholicism and became an Anglican, joining the Church of England. School reports complained about his idleness, complacency and lateness, but he was popular and well known at Eton. His friends were largely from the wealthy upper-middle and upper classes, his best friends then being Darius Guppy and Charles Spencer, both of whom later accompanied him to the University of Oxford and remained friends into adulthood. Johnson excelled in English and Classics, winning prizes in both, and became secretary of the school debating society, and editor of the school newspaper, ''The Eton College Chronicle''. In late 1981, he was elected a member of ''Pop'', the small, self-selecting elite and glamorous group of prefects. It was later in Johnson's career a point of rivalry with David Cameron, who had failed to enter ''Pop''. On leaving Eton, Johnson went on a gap year to Australia, where he taught English and Latin at Timbertop, an Outward Bound-inspired campus of Geelong Grammar, an elite independent boarding school. 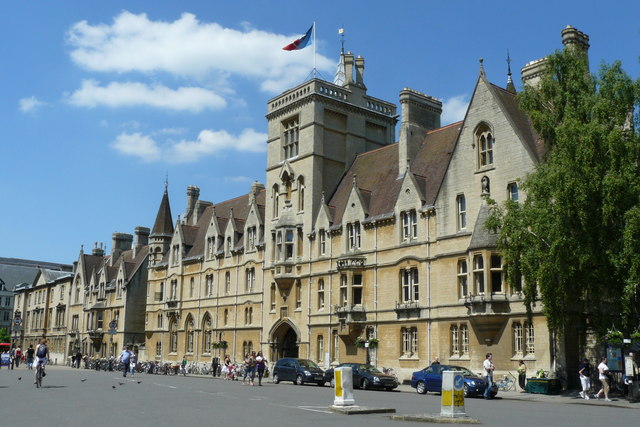 Johnson won a scholarship to read Literae Humaniores at Balliol College, Oxford, a four-year course in the study of the Classics, ancient literature and classical philosophy. Matriculating at the university in late 1983, he was one of a generation of Oxford undergraduates who were later to dominate British politics and media in the second decade of the 21st century; among them David Cameron, William Hague, Michael Gove, Jeremy Hunt and Nick Boles all went on to become senior Conservative Party politicians. To his later regret, he joined the Old Etonian-dominated Bullingdon Club, an exclusive drinking society notorious for acts of vandalism on host premises. Many years later, a group photograph including himself and Cameron in Bullingdon Club formal dress was the cause of much negative press coverage. He entered into a relationship with Allegra Mostyn-Owen, a glamorous and popular fellow student from his own social background; they became engaged while at university. Johnson was popular and well known at Oxford. Alongside Guppy, he co-edited the university's satirical magazine ''Tributary''. In 1984, Johnson was elected secretary of the Oxford Union, and campaigned unsuccessfully for the career-enhancing and important position of Union President. In 1986, Johnson ran successfully for president, but his term was not particularly distinguished or memorable and questions were raised regarding his competence and seriousness. Finally, Johnson was awarded an upper second-class degree, and was deeply unhappy that he did not receive a first.

In September 1987, Johnson and Mostyn-Owen were married in West Felton, Shropshire, accompanied by a duet for violin and viola ''Allegra e Boris'' specially commissioned for the wedding from Hans Werner Henze. After a honeymoon in Egypt, they settled in West Kensington, West London, when Johnson secured work for a management consultancy company, L.E.K. Consulting, but resigned after a week. Through family connections, in late 1987 he began work as a graduate trainee at ''The Times''. Scandal erupted when Johnson wrote an article on the archaeological discovery of King Edward II's palace for the newspaper, having invented a quote for the article which he falsely attributed to the historian Colin Lucas, his godfather. After the editor Charles Wilson learnt of the matter, Johnson was dismissed. Johnson secured employment on the leader-writing desk of ''The Daily Telegraph'', having met its editor, Max Hastings, during his Oxford University Union presidency. His articles appealed to the newspaper's conservative, middle-class, middle-aged "Middle England" readership, and were known for their distinctive literary style, replete with old-fashioned words and phrases and for regularly referring to the readership as "my friends". In early 1989, Johnson was appointed to the newspaper's Brussels bureau to report on the European Commission, remaining in the post until 1994. A strong critic of the integrationist Commission President Jacques Delors, he established himself as one of the city's few Eurosceptic journalists. Many of his fellow journalists there were critical of his articles, opining that they often contained lies designed to discredit the commission. The Europhile Tory politician Chris Patten later stated that, at that time, Johnson was "one of the greatest exponents of fake journalism". Johnson biographer Andrew Gimson believed that these articles made Johnson "one of uroscepticism'smost famous exponents". According to later biographer Sonia Purnell – who was Johnson's Brussels deputy – he helped make Euroscepticism "an attractive and emotionally resonant cause for the Right", whereas previously it had been associated with the British Left. Johnson's articles established him as the favourite journalist of the Conservative Prime Minister Margaret Thatcher, but her successor, the Europhile John Major, was annoyed by Johnson and spent much time attempting to refute what he said. Johnson's articles exacerbated tensions between the Conservative Party's Eurosceptic and Europhile factions, tensions which were widely viewed as contributing to the party's defeat in the 1997 general election. As a result, Johnson earned the mistrust of many party members. His writings were also a key influence on the emergence of the EU-opposing UK Independence Party (UKIP) in the early 1990s. The proprietor of the ''Telegraph'' at the time, Conrad Black, said Johnson "was such an effective correspondent for us in Brussels that he greatly influenced British opinion on this country’s relations with Europe." In February 1990, Johnson's wife Allegra left him; after several attempts at reconciliation, their marriage ended in April 1993.