Birmingham City Council is the local government body responsible for the governance of the City of Birmingham in England, which has been a metropolitan district since 1974. It is the most populated local council in the United Kingdom (excluding counties) with, following a reorganisation of boundaries in June 2004, 120 Birmingham City councillors representing over one million people, in 40 wards. This means that Birmingham is technically the largest city in the United Kingdom. The council headquarters are at the Council House in the city centre. The council is responsible for running nearly all local services, with the exception of those run by joint boards. The provision of certain services has in recent years been devolved to several council constituencies, which each have a constituency committee made up of councillors from that district.

The original Charter of Incorporation, dated 31 October 1838, was received in Birmingham on 1 November, then read in the Town Hall on 5 November with elections for the first Birmingham Town Council being held on 26 December. Sixteen Aldermen and 48 Councillors were elected and the Borough was divided into 13 wards. William Scholefield became the first Mayor and William Redfern was appointed as Town Clerk. It was not until 14 January 1889 that another Charter conferred the rank of City on Birmingham. On 9 November 1891, the districts of Balsall Heath, Harborne, Saltley and Little Bromwich were absorbed into the City. The dignity of a Lord Mayor was conferred in 1896 and Sir James Smith Kt was appointed as the City's first Lord Mayor on 3 June 1896. The parish of Quinton became part of Birmingham on 9 November 1909 and two years later, under what was termed 'The Greater Birmingham Scheme', the Boroughs of Aston Manor, the Urban Districts of Handsworth and of Erdington, part of the Urban District of Kings Norton and Northfield and the Rural District of Yardley were all incorporated. Such was the expansion involved that the Council Chamber, originally designed to accommodate 80 members, had to be modified to seat the representatives of the new wards. Further additions occurred on 1 April 1928 (most of the Perry Barr Urban District) and 1 April 1931 (parts of the Parishes of Solihull, Castle Bromwich, Minworth and Sheldon). By 1972, there were 39 Wards each represented by an Alderman and 3 Councillors, a total of 156 Members. A major national re-organisation of local government was implemented in 1974 and saw the City of Birmingham being combined with the Borough of Sutton Coldfield to form the new Birmingham District Council consisting of 42 Wards each with 3 elected Councillors (in 1982 the number of Wards was reduced to 39). On 1 July 1986, the title was changed to Birmingham City Council. Part of Bromsgrove District known as Frankley and Kitwell Estates was added to the City on 1 April 1995. A review of the Ward boundaries on 10 June 2004 resulted in an increase from 39 Wards to 40 Wards.

The first woman elected to the council, on 1 November 1911, was Ellen Pinsent. She represented the Edgbaston Ward as a Liberal Unionist. She had earlier been co-opted as a member of the council's Education Committee and served as Chairman of the Special School Sub-Committee. She stood down from the council in October 1913 upon appointment as Commissioner for the Board of Control for Lunacy and Mental Deficiency. Pinsent's time on the council overlapped with that of Margaret Frances Pugh, who was elected on 22 November 1911 to serve in the North Erdington ward. She resigned in November 1913. Birmingham's third woman councillor, Clara Martineau, was elected on 14 October 1913 in the Edgbaston ward, and served until 1932, when she died, aged 57. Her father was former Mayor Sir Thomas Martineau, Lord Mayor Ernest Martineau was her brother, and Alderman Sir George Kenrick was her uncle. Mary E. Cottrell became the first female Labour councillor in February 1917, when she was elected unopposed to the Selly Oak ward. The first female Lord Mayor, Marjorie Brown, held the post from 1973 to 1974. Theresa Stewart became the first female leader in October 1993, until 1999; and Lin Homer the first chief executive, was in post from 2002 until 2005. 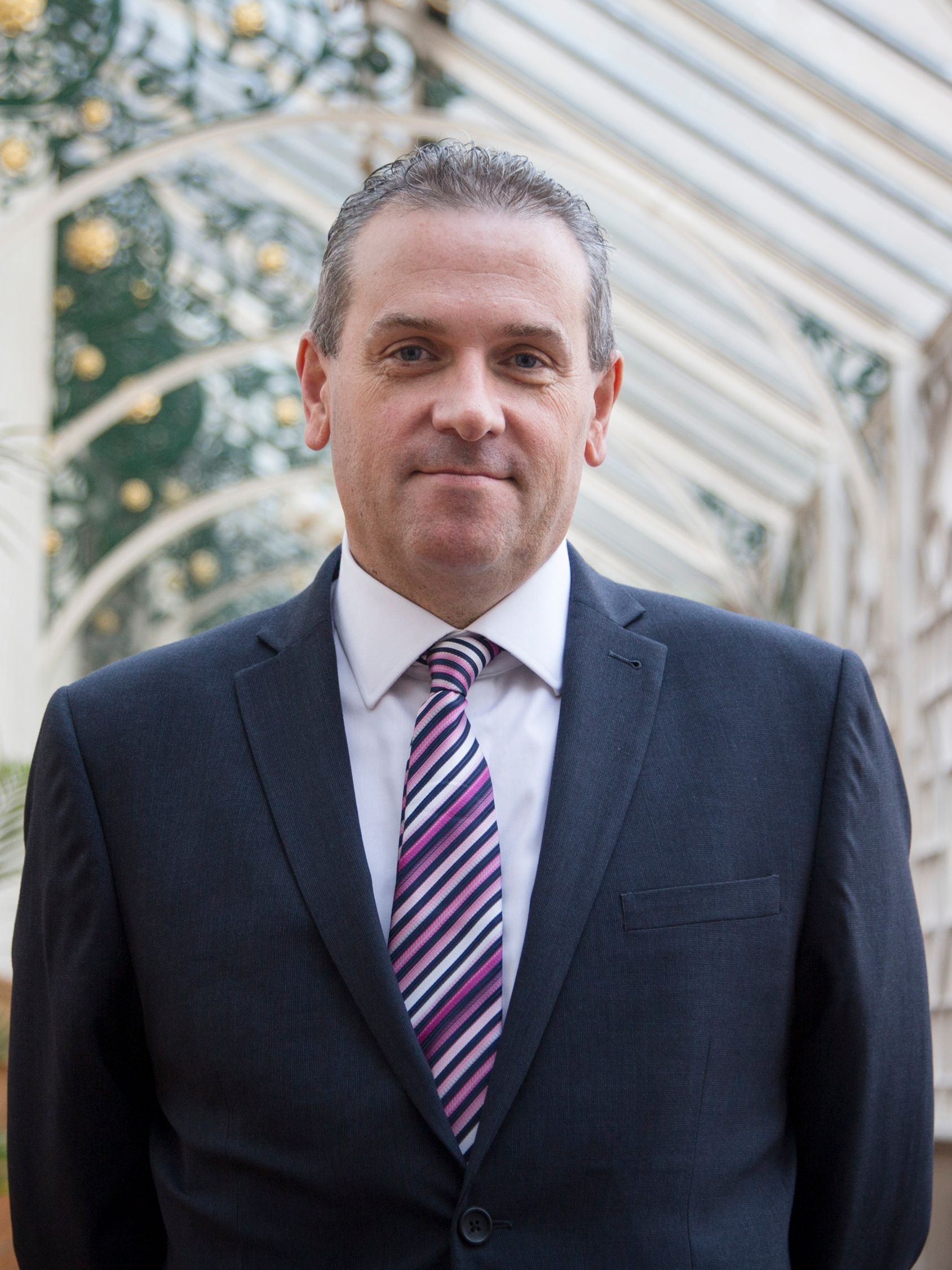 The council was run by a Labour administration between 1984 and 2004, with Sir Dick Knowles as Council Leader from 1984 to 1993, followed in turn by Theresa Stewart, and Sir Albert Bore. They lost overall control in 2003 but continued to run the council as a minority administration for the following year. At the election of 10 June 2004, the 121 seats were divided between the Labour, (53 councillors), Conservative (39) and Liberal Democrat (28) parties. The Conservative and Liberal Democrat groups then formed a governing coalition, moving Labour into opposition. In 2005, Richard Mawrey QC (as an election commissioner) ruled invalid Birmingham City Council elections in two wards, Aston and Bordesley Green, held the year before, and required re-votes. He blamed most of the electoral fraud on absentee ballot manipulation, and implicated the returning officer and six Labour councillors. By-elections and defections in 2005 altered the distribution of seats within the council with Labour holding 46 seats, Conservatives holding 40, Liberal Democrats holding 30, the People's Justice Party holding 2 and independent councillors holding a further 2. In 2006, the People's Justice Party disbanded, with their two councillors joining the Liberal Democrats, and Councillor Ann Holtom defected from Labour to the Liberal Democrats. In the 2006 local elections the British National Party initially gained a seat, but it soon transpired their candidate's election had been caused by a counting error and the result was subsequently overturned in favour of the previously third-placed Labour party candidate following an election petition. After the local elections on 1 May 2008, there remained no overall control, with the 120 seats divided between Conservative (49 councillors), Labour, (36), Liberal Democrat (32) and Respect (3). After the 2010 elections the seats were divided between Conservative (45 councillors), Labour, (41), Liberal Democrat (31) and Respect (3). The Conservatives' main local strongholds are in the Sutton Coldfield and Edgbaston constituencies. In the local elections on 5 May 2011, Labour won an extra 14 seats on the council but there continued to be no overall control, with the seats divided between Conservative (39 councillors), Labour, (55), Liberal Democrat (24) and Respect (3). Labour regained overall control in May 2012. Following the 2018 council election, Labour has continued to hold control of the council.

Following the boundary review, the number of wards was increased from 40 to 69. Each ward is represented by either one or two councillors.

From 5 April 2004, responsibility and budgets for a number of services were devolved to 11 district committees, as part of a growing trend in the UK to use area committees for large councils. From 1 June 2006 the districts were reduced from 11 to 10 to correspond with the revised Westminster constituency boundaries, and renamed "council constituencies". Each now comprises four wards. The council constituencies are: As of 2018 these districts no longer serve as a devolved function. * Edgbaston * Erdington * Hall Green * Hodge Hill * Ladywood * Northfield * Perry Barr * Selly Oak * Sutton Coldfield * Yardley