Click Here for Items Related To - Biberach an der Riss


Biberach an der Riss (german: Biberach an der Riß), often referred to as simply Biberach (), is a town in southern Germany. It is the capital of Biberach district, in the Upper Swabia region of the German state (Land) of Baden-Württemberg. It is called Biberach an der Riss after the small river Riss which flows through the city to distinguish it from the other towns of similar names. 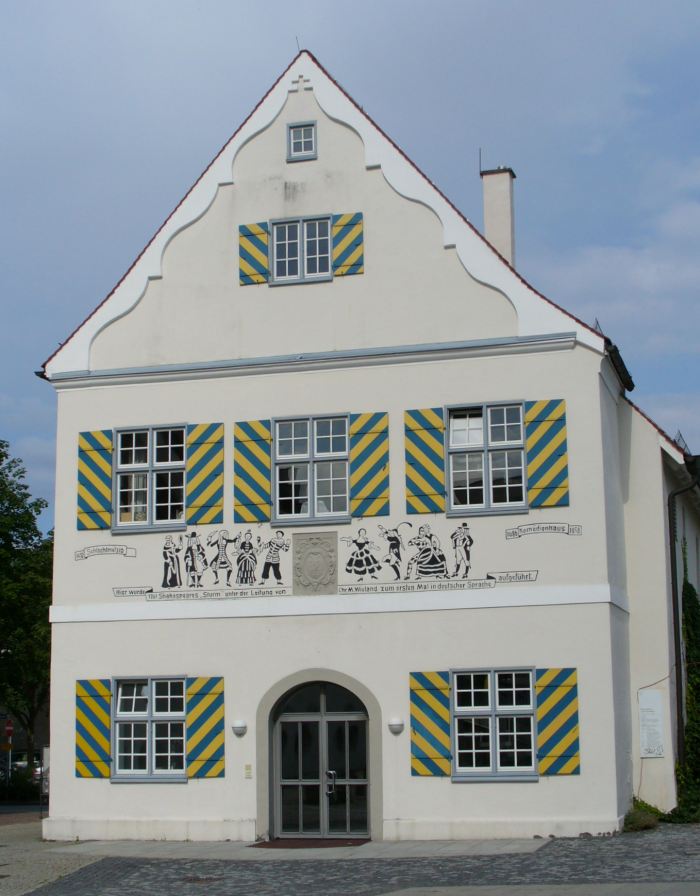 For many centuries, Biberach was an Imperial Free City (german: Freie Reichsstadt) in the Holy Roman Empire. In that role it participated in the 1792 Reichstag. During the Protestant Reformation, Biberach was notable for being — eventually along only with Ravensburg, Augsburg and Dinkelsbühl — a "Mixed Imperial City" (german: Paritätische Reichsstadt) where the Peace of Westphalia caused the establishment of a joint Catholic–Protestant government and administrative system, with equality offices (german: Gleichberechtigung) and a precise and equal distribution between Catholic and Protestant civic officials. This status ended in 1803, when Biberach was annexed by the Margraviate of Baden, soon to become a grand-duchy. In 1806, it was traded to the Kingdom of Württemberg in exchange for the town of Villingen; becoming part of the German Empire on its creation in 1871. During the French Revolutionary Wars, Biberach and its environs were the site of two sizable battles in 1796 and 1800. During World War II, two large prisoner-of-war camps were located here, with Oflag V-B for officers, and internment camp Ilag V-B for allied civilians, mainly from the Channel Islands.

With an unemployment rate of around 3.6 percent and place of business of companies like EnBW, Handtmann, Liebherr, KaVo Dental GmbH, Hydro Systems KG, and Boehringer Ingelheim, Biberach is a significant industrial location in the southwest of Germany.

KaVo (Kaltenbach & Voigt) is a company producing dental medicine equipment and products like instruments, dental systems, laboratory and equipment for training centres for universities. The head office is in Biberach. In March 2004, Danaher, an American industrial company, took over KaVo.

EnBW means "Energy Baden-Württemberg". Its corporate centre is in Karlsruhe. EnBW is Germany's third largest energy company. In Biberach there are about 900 employees.

The beginning of Liebherr Biberach was in 1954. The firm produces many sorts of cranes. 1,700 people and 112 trainees work there. The group's founder, Dr. Hans Liebherr, invented the mobile tower crane in 1949 in Kirchdorf/Iller.

The town has two stations on the Southern Railway (Württemberg) and hourly trains to Ulm and Friedrichshafen.

*Braith-Mali-Museum: The museum resides in a building from the 16th century and presents on 2,800 square meters archaeology, history, art and natural history. * Wieland-Museum: The exhibition explores the life and work of Christoph Martin Wieland. The museum was founded in 1907 and resides in the summer house of Wieland.

Biberach has a film fest for German films which was founded in 1978.