Berwick-upon-Tweed (; sco|Sou Berik) (sometimes known as Berwick-on-Tweed or just Berwick) is a town in the county of Northumberland. It is the northernmost town in England. It is located at the mouth of the River Tweed on the east coast, south of the Scottish border (the hamlet of Marshall Meadows is the actual northernmost settlement). Berwick is approximately east-south east of Edinburgh, north of Newcastle upon Tyne and north of London. The 2011 United Kingdom census recorded Berwick's population as 12,043. A civil parish and town council were formed in 2008 comprising the communities of Berwick, Spittal and Tweedmouth. Berwick was founded as an Anglo-Saxon settlement during the time of the Kingdom of Northumbria, which was annexed by England in the 10th century. The area was for more than 400 years central to historic border wars between the Kingdoms of England and Scotland, and several times possession of Berwick changed hands between the two kingdoms. The last time it changed hands was when Richard of Gloucester retook it for England in 1482. To this day many Berwickers feel a close affinity to Scotland. Berwick remains a traditional market town and also has some notable architectural features, in particular its medieval town walls, its Georgian Town Hall, its Elizabethan ramparts, and Britain's earliest barracks buildings, which Nicholas Hawksmoor built (1717–21) for the Board of Ordnance.

The name "Berwick" is of Old English origin, and is derived from the term , combining , meaning "barley", and , referring to a farm or settlement. "Berwick" thus means "barley village" or "barley farm". Alternative etymologies, including ones connecting the name with the Anglo-Saxon kingdom Bernicia, and the Brythonic element , meaning 'estuary, confluence', have also been suggested. The River Tweed flows through the town. 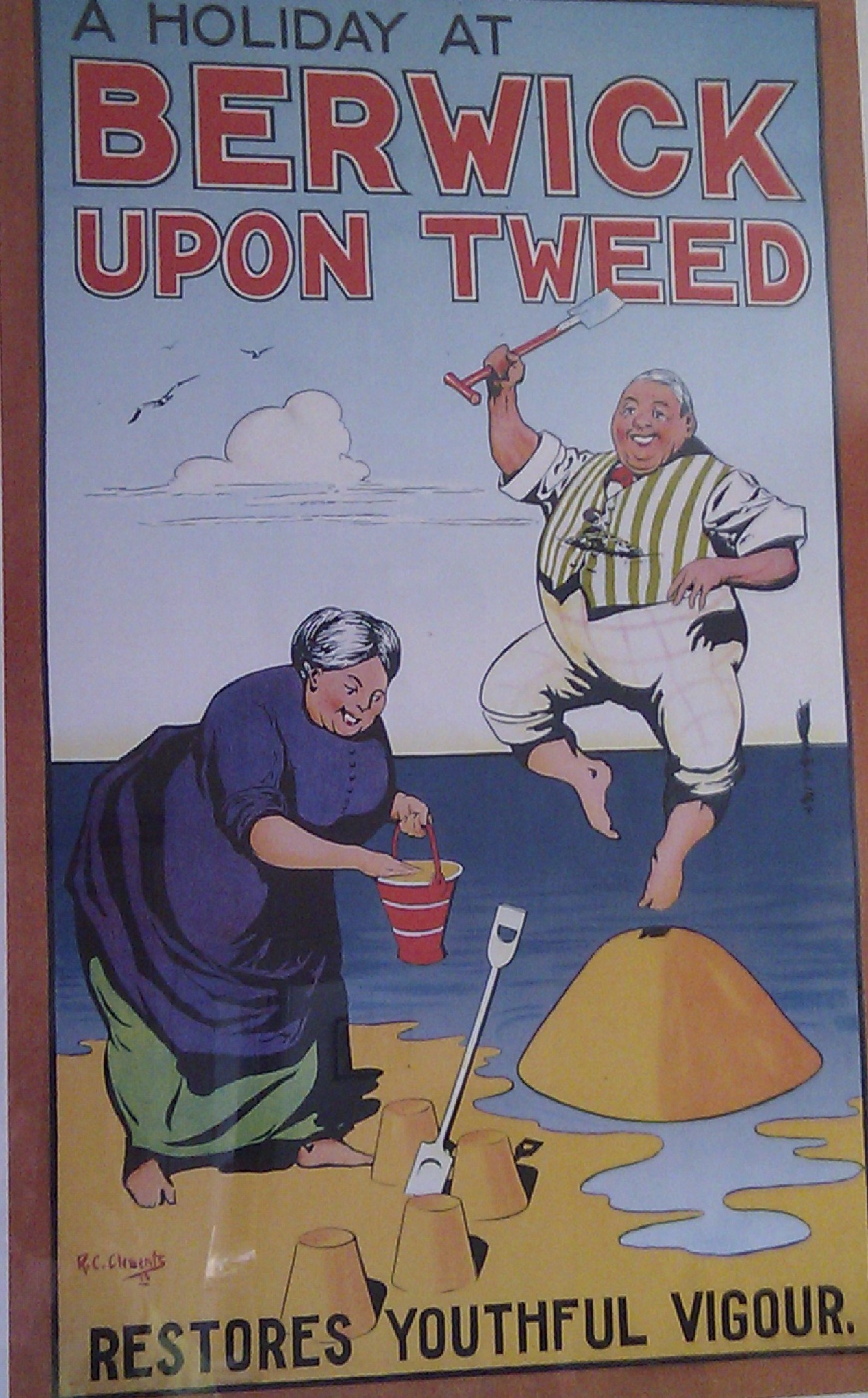 In the post-Roman period, the area was inhabited by the Brythons of Bryneich. Later, the region became part of the Anglian kingdom of Bernicia. Bernicia later united with the kingdom of Deira to form Northumbria, which in the mid-10th century entered the Kingdom of England under Eadred. Berwick remained part of the Earldom of Northumbria until control passed to the Scots following the Battle of Carham of 1018. The town itself was founded as an Anglo-Saxon settlement during the time of the Kingdom of Northumbria.

Between the late 10th and early 11th centuries, the land between the rivers Forth and Tweed came under Scottish control, either through conquest by Scotland or through cession by England. Berwick was made a royal burgh in the reign of David I. A mint was present in the town by 1153. In 1276, William de Baddeby was Constable of Berwick. It is unclear if this relates to the walled town itself, or the castle. While under Scottish control, Berwick was referred to as "South Berwick" in order to differentiate it from the town of North Berwick, East Lothian, near Edinburgh. Berwick had a mediaeval hospital for the sick and poor which was administered by the Church. A charter under the Great Seal of Scotland, confirmed by King James I of Scotland, grants the king's chaplain "Thomas Lauder of the House of God or Hospital lying in the burgh of Berwick-upon-Tweed, to be held to him for the whole time of his life with all lands, teinds, rents and profits, etc, belonging to the said hospital, as freely as is granted to any other hospital in the Kingdom of Scotland; the king also commands all those concerned to pay to the grantee all things necessary for the support of the hospital. Dated at Edinburgh June 8, in the 20th year of his reign."

Berwick's strategic position on the Anglo-Scottish border during centuries of war between the two nations and its relatively great wealth led to a succession of raids, sieges and takeovers. William I of Scotland invaded and attempted to capture northern England in 1173–74. After his defeat, Berwick was ceded to Henry II of England. It was later sold back to William by Richard I of England in order to raise funds for his Crusade. Berwick had become a prosperous town by the middle of the 13th century. According to William Edington, a bishop and chancellor of England, Berwick was "so populous and of such commercial importance that it might rightly be called another Alexandria, whose riches were the sea and the water its walls". In 1291–92, Berwick was the site of Edward I of England's arbitration in the contest for the Scottish crown between John Balliol and Robert Bruce, 5th Lord of Annandale. The decision in favour of Balliol was pronounced in the Great Hall of Berwick Castle on 17 November 1292.