Battenberg or Battenburg is a light sponge cake with different sections held together with jam. The cake is covered in marzipan and, when cut in cross section, displays a distinctive two-by-two check pattern alternately coloured pink and yellow. The large chequered patterns on emergency vehicles in the UK are officially referred to as Battenburg markings because of their resemblance to the cake. Charles Nevin wrote in ''The Independent'': “Battenberg cake is exemplarily British. The first cake was baked in 1884 to celebrate Prince Louis of Battenberg marrying Princess Victoria, Queen Victoria’s granddaughter and Prince Philip’s grandmother.” Food historian Ivan Day refuted the royal connection, and states the simplification of the four-panelled cake occurred when “large industrial bakers such as Lyons” got in on the battenberg game – “I suppose a four-panel battenburg common 19th-century spellingis much easier to make on a production line”.

Bakers construct Battenberg cakes by baking yellow and pink sponge-cakes separately, and then cutting and combining the pieces in a chequered pattern. The cake is held together by apricot jam and covered with marzipan. 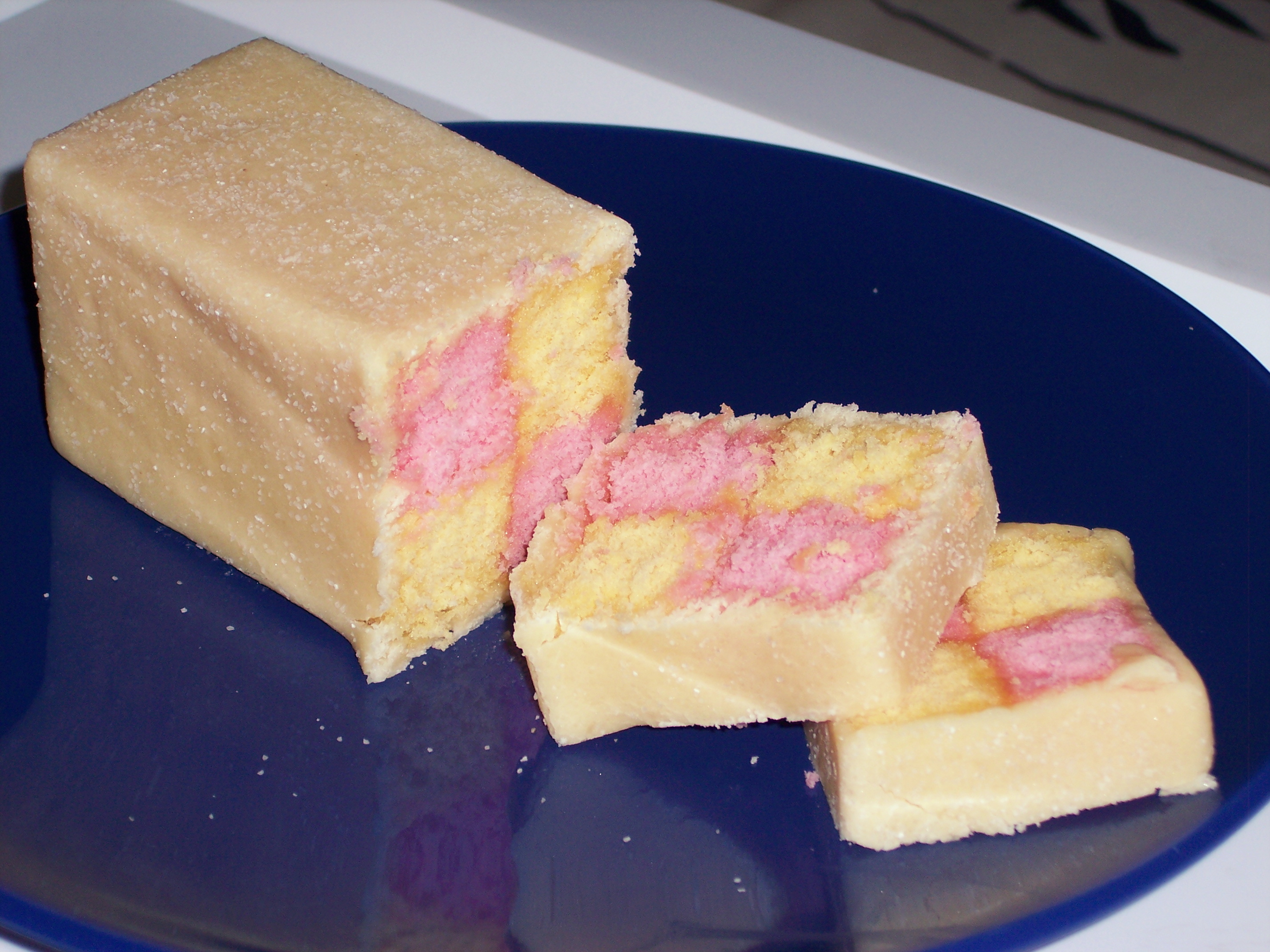 While the cake originates in England, its exact origins are unclear, with early recipes also using the alternative names "Domino Cake" (recipe by Agnes Bertha Marshall, 1898), "Neapolitan Roll" (recipe by Robert Wells, 1898), or "Church Window Cake". The cake was purportedly named in honour of the marriage of Princess Victoria, a granddaughter of Queen Victoria, to Prince Louis of Battenberg in 1884.