Barun Sengupta ( bn, বরুণ সেনগুপ্ত) (23 January 1934 – 19 June 2008), the founder-editor of ''
Bartaman ''Bartaman Patrika'' is an Indian Bengali language, Bengali daily newspaper published from Kolkata, West Bengal, India, by Bartaman Pvt. Ltd. Apart from the Kolkata edition, the newspaper has three other simultaneous editions, published daily fro ...
'' newspaper, was a Bengali journalist and popular political critic. He is remembered for his bold and simple diction of political analyzing that made him extremely well liked among the common readers in
West Bengal West Bengal (, Bengali language, Bengali: ''Paschim Banga'' ) is a States and union territories of India, state in the eastern region of India along the Bay of Bengal. With over 91 million inhabitants, it is the List of states and union terri ...
.

Son of Nirmalananda Sengupta and Ranibala Devi, Barun Sengupta was born in
Barisal Barisal, officially known as Barishal,( bn, বরিশাল, ), is a major city that lies on the banks of the Kirtankhola river in south-central Bangladesh Bangladesh (, bn, :bn:বাংলাদেশ, বাংলাদেশ, ), ...
(in present-day
Bangladesh Bangladesh (, bn, :bn:বাংলাদেশ, বাংলাদেশ, ), officially the People's Republic of Bangladesh, is a country in South Asia. It is the List of countries and dependencies by population, eighth-most populous country ...
). Sengupta, along with his family, moved to
Kolkata Kolkata ( or , ; also known as Calcutta , List of renamed Indian cities and states#West Bengal, the official name until 2001) is the Capital city, capital of the Indian States and union territories of India, state of West Bengal. Located on ...
before the
partition of India The Partition of India of 1947 was the division of British India The provinces of India, earlier presidencies of British India and still earlier, presidency towns, were the administrative divisions of British governance in India I ... 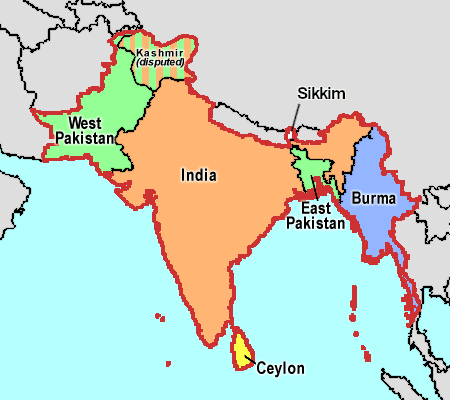 in 1947 and rented a house near Baithakkhana Market in north-central Kolkata. His education started in B.M. School, Barisal. Later he was admitted to Town School, Kolkata. After graduating in commerce from
City College, Kolkata City College (or City College, Amherst Street, Kolkata) is a constituent undergraduate college of the University of Calcutta. Established in 1881, it is one of the heritage institutions of Kolkata, and played a prominent social role in the wa ...
, he founded a periodical named ''Bhabikal'' which lasted a few issues. In 1957, he founded another weekly named ''Bartaman'' with the aid of Hemanta Kumar Bose, a popular leader of the political party, Forward Bloc. He joined Anandabazar Patrika in 1960 and became its first designated political correspondent in 1965. During the The Emergency (India), Emergency, he was sent to jail along with another reporter, Gour Kishore Ghosh. In 1984, he left Anandabazar Patrika to start his own journal and launched ''
Bartaman ''Bartaman Patrika'' is an Indian Bengali language, Bengali daily newspaper published from Kolkata, West Bengal, India, by Bartaman Pvt. Ltd. Apart from the Kolkata edition, the newspaper has three other simultaneous editions, published daily fro ...
'', a daily, on 7 December that year. For its straightforward and intrepid style, the journal became extremely popular among the common Bengali readers. Later Sengupta launched two more periodicals - ''Saptahik Bartaman'', a weekly and ''Sukhi Grihokon'', a monthly and this time too it was a success. These two journals are now widely read in West Bengal. He wrote several books on India's political situation–''Pala Badaler Pala'', ''Sab Chatitra Kalpanik'', ''Bipak-i-stan'', ''Andhakarer Antaraley'' and ''Netajir Antardhan Rahasya'' being some of them. One of his controversial book "Indira Ekadashi" was based on the 11-year tenure (1966-77) of Indira Gandhi as the Prime Minister of India. He died in a south Kolkata nursing home after a brief illness.

* News of Sengupta's Death and a short biography from The Telegraph