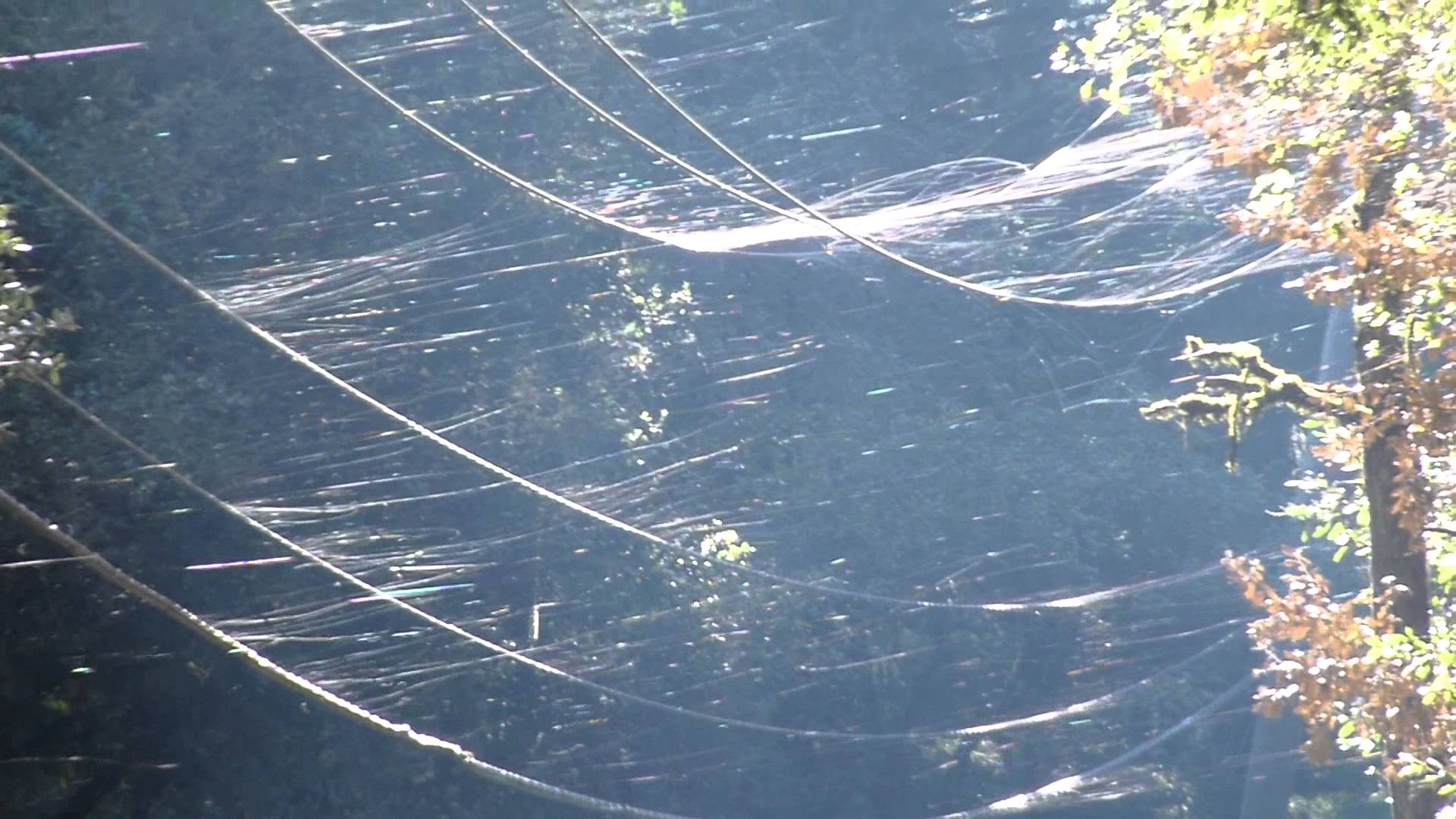 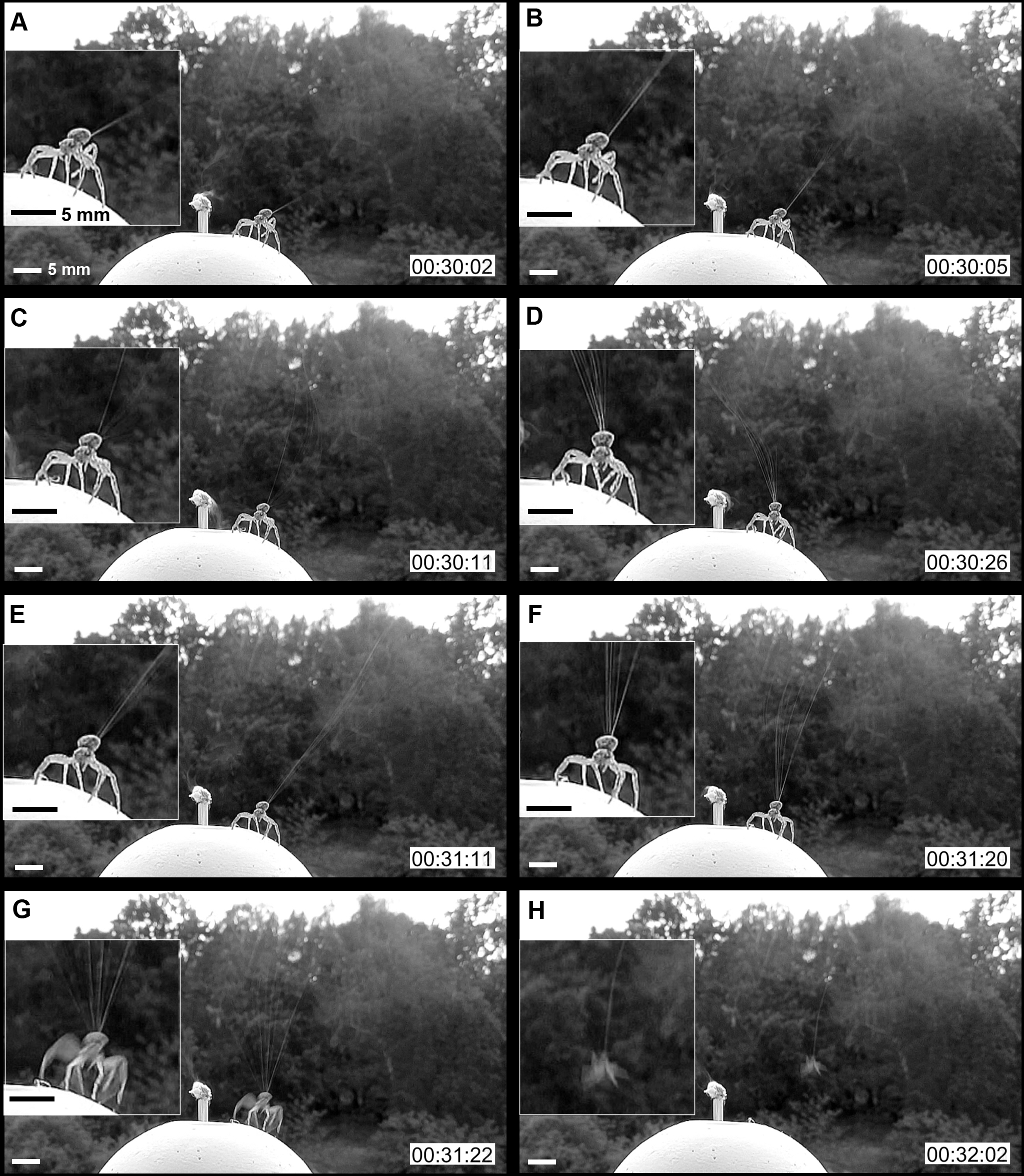 Ballooning, sometimes called kiting, is a process by which spiders, and some other small invertebrates, move through the air by releasing one or more gossamer threads to catch the wind, causing them to become airborne at the mercy of air currents and electric currents. A 2018 experiment confirmed that electric fields provide enough force to lift spiders in the air. This is primarily used by spiderlings to disperse; however, larger individuals have been observed doing so as well. The spider climbs to a high point and takes a stance with its abdomen to the sky, releasing fine silk threads from its spinneret until it becomes aloft. Journeys achieved vary from a few metres to hundreds of kilometres. Even atmospheric samples collected from balloons at five kilometres altitude and ships mid-ocean have reported spider landings. Mortality is high. It is observed in many species of spiders, such as ''Erigone atra'', ''Cyclosa turbinata'', as well as in spider mites (''Tetranychidae'') and in 31 species of lepidoptera, distributed in 8 suborders. Bell and his colleagues put forward the hypothesis that ''ballooning'' first appeared in the Cretaceous. A 5-year-long research study in 1920s-1930s has revealed that 1 in every 17 invertebrates caught mid-air is a spider. Out of 28,739 specimens, 1,401 turned out to be spiders.

Ballooning is a behaviour in which spiders and some other invertebrates use airborne dispersal to move between locations. A spider (usually limited to individuals of a small species), or spiderling after hatching, will climb as high as it can, stand on raised legs with its abdomen pointed upwards ("tiptoeing"), and then release several silk threads from its spinnerets into the air. These automatically form a triangular shaped parachute