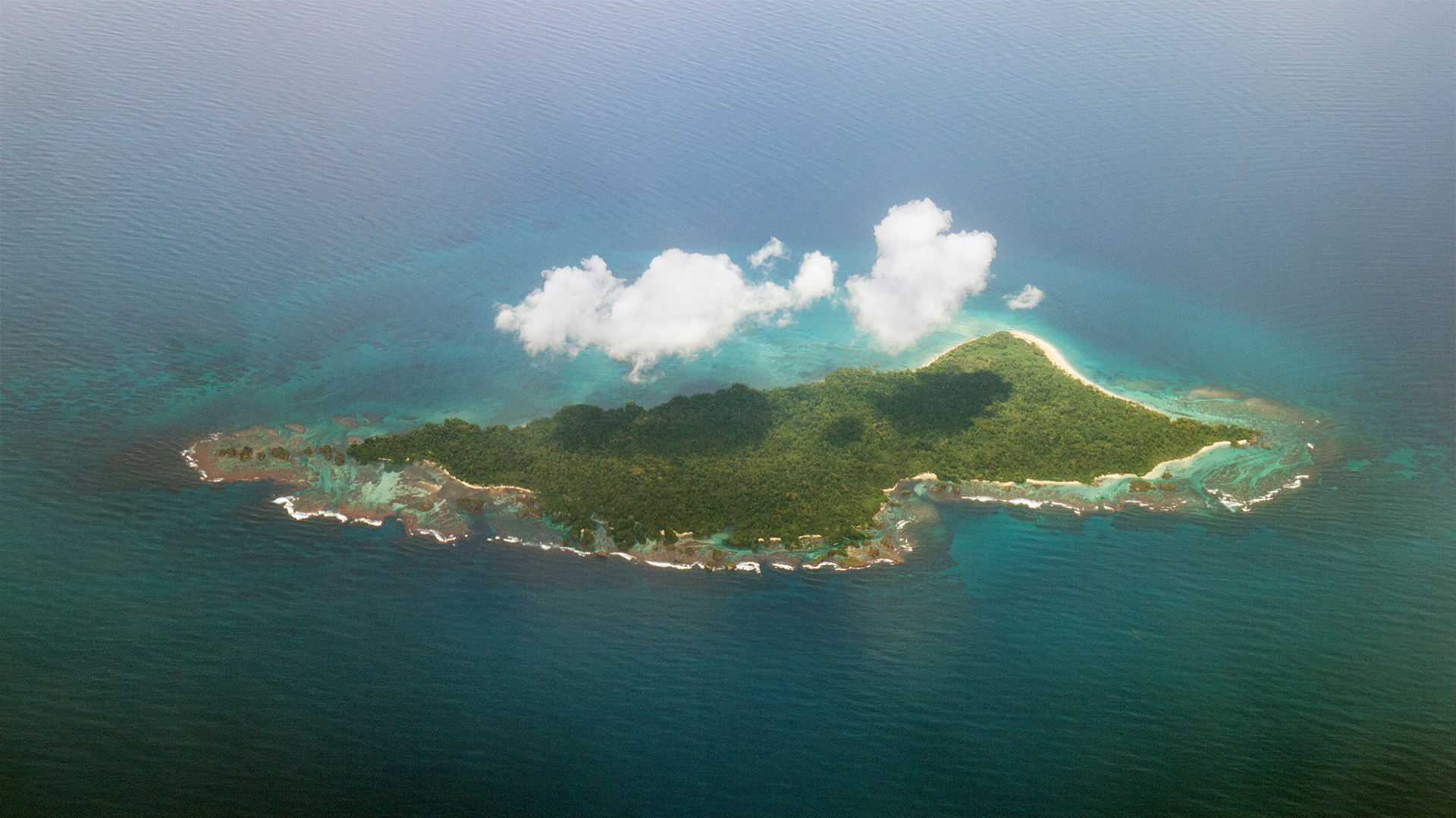 of Barbados. Bajan is primarily a spoken language, meaning that in general, standard English is used in print, in the media, in the judicial system, in government, and in day-to-day business, while Bajan is reserved for less formal situations, in music, or in social commentary. Ethnologue estimates that Barbados has around 1,000 people who use English as their main language and 286,000 people who use Bajan as their main language.

Bajan is the Caribbean creole with grammar that most resembles Standard English. There is academic debate on whether its creole features are due to an earlier pidgin state or to some other reason, such as contact with neighbouring English-based creole languages. In one historical model, Bajan arose when captive West Africans were forcibly transported to the island, enslaved and forced to speak English, though learned imperfectly. Bajan later became a means of communicating without always being understood by the slave holders. Due to emigration to the Province of Carolina, Bajan has influenced American English and the Gullah language spoken in the Carolinas. Regionally, Bajan has ties to Belizean Kriol language, Belizean and Guyanese Creoles. Unlike Jamaica, Guyana or Trinidad, Barbados was the destination of few enslaved African-born captives after 1800. Thus, African Barbadians became "Bajanised" relatively early on in the island's history. This tended to make them less resistant to local culture, with its Anglicised language, religion and customs. Bajan is a primarily spoken language with no standardised written form. Due to the lack of standardisation, spelling may vary widely from person to person. There is much dialectal variation throughout the island. Barbadians practising Rastafari on the island also tend to speak more with a Jamaican accent than full Bajan. Bajan words and sentences presented below are largely spelled as they are pronounced. New terminology, expressions, jargon, and idioms are regularly added to the dialect by social commentary sung during the annual Crop Over festival.

As in most English-based Caribbean creoles, the dental fricative, interdentals and (as in "thing", and "the respectively) have merged with other consonants (in this case, and , respectively, resulting in "ting" and "de"). Unlike most other Caribbean creoles, Bajan is fully rhotic and non-rhotic accents, rhotic, and if anything more rhotic than North American Standard English. Bajan also has a strong tendency to realize syllable-final as a glottal stop . Thus the Bajan pronunciation of ''start'', , contrasts sharply with the pronunciation of other Caribbean speakers, or or .

Pronouns in Bajan Creole do not diverge too far from Standard English, but there are differences. As with other similar creoles, Bajan does not differentiate subject and object pronouns, nor possessive pronouns, except in the case of the first person singular. Another difference is the word for the plural you, which is ''wunna'', similar to the Jamaican word ''unnu'' / ''unna'' or Bahamian ''yinna''. Here is a list of Grammatical person, pronouns in Bajan creole: The word "yuh" is interchangeably pronounced or .

The structure of questions in Bajan creole varies from that of Standard English, as it is generally the same format as regular statements. Questions seeking yes or no answers are usually pronounced as a statement with only a raised Intonation (linguistics), intonation to differentiate, usually on the last word. For example, ''Wunna win de cricket? '' means "Did you (pl.) win the cricket match?"; ''dahs yours?'' means "Is that yours?" On the other hand, questions asking for information, i.e. Five Ws, who, what, when, where, why or how, usually begin with a 'question word/phrase', saying what is being asked for, followed by a partial, or incomplete statement. For example, ''"Wha he waun?"'' means "What does he want?" or "He wants what?" Some question words, however, do not exist, or are seldom used in Bajan creole, including ''when, where and why'', and are achieved by making questions beginning with "wha" (what). For example, ''"Wha time you see he?"'' means "When did you see him?", and ''"Wha part de Chefette?"'' means "Where is the Chefette?" In addition, "why" questions can be achieved by asking "how come". For example, ''"How come you get hey so late?”''

The tense/aspect system of Bajan is fundamentally unlike that of English. In Bajan, verbs are seldom conjugated, and only have a few forms, lacking forms to express tense or distinguish between singular and plural. In particular, there are no morphological marked past tense forms corresponding to English "-ed", "-t" or other past tense forms. Continuous Tenses
:Continuity is shown in Bajan creole in much the same way as it is in Standard English. In Bajan, the base of the verb is changed by adding "-in", "ing" or "ine" to the end. For many verbs, this simply results in a contracted form of the Standard English. For example, the base "do", from "to do", becomes "doin" in continuous tenses, which is a contracted form of the Standard English "doing". Showing Tense
:In Bajan creole, the tense of a verb is expressed through 'tense indicators'. These are special verbs which are conjugated for this purpose, and generally derive from the verbs ''"to be"'', ''"to do"'' and ''"to go"''. ::Simple present, The present tense is indicated by the words ''is'' or ''does'', with ''is'' being considered less proper. For example, ::::"I does guh church pun a Sunduh" → "I go to church on Sundays" ::::"He does eat bare 'nuff apples" → "He eats a lot of apples" ::The phrase "I is" or "I does", is quite commonly shortened to ''"I's"''. e.g. ''"I's guh church pun a Sunduh."'' ::Simple past, The past tense unlike other tenses, is not indicated by a tense indicator, and uses only the base of the verb. For example, ::::"He walk town" → "He walked to town" ::::"Dem eat all de food" → "They ate all of the food". ::As an exception to the rules, the verb "to go" is conjugated to "went". For example, ::::"I went to church Sunduh" → "I went to church on Sunday" ::In Bajan creole, when the past tense structure is made continuous, it instead becomes the present continuous, for example ''"He watchin de show"'' means ''"He is watching the show"'', and ''"She gine eat"'' means ''"She is going to eat"''. The present and past perfect continuous tenses replaces the Uses of English verb forms#Past progressive/continuous, past continuous. ::Present perfect, The present perfect tense uses the indicator "duh". For example, ::::"He duh dun get hey" → "He has already arrived" ::::"Wunna duh guh school" → "You all have gone to school. ::Pluperfect, The past perfect or pluperfect tense is indicated by the word "did" or "dih". For example, ::::"He did waun guh tuh de confrunce" → "He had wanted to go to the conference". ::Future tense, The future tense is indicated by the word "gun" or "gon". For example, ::::"She gon bring wunna de receipt" → "She will bring you all the receipt" :There are many more nuances to Bajan verbs and tenses in addition. One such nuance is that unlike Standard English, Bajan also tends towards using a zero copula. E.g. ''"We in de garage"'' means ''"We are in the garage"''. Moreover, the indicators are also used Copula (linguistics), copulas, much like E-Prime#Different functions of "to be", "to be" in Standard English. E.g. ''"She duh in de house"'' means ''"She was in the house"''. Negative
:Negatives are achieved by modifying the tense indicator of the sentence to end in ''n'', or by adding ''ain'' before the verb in the past tense, present continuous or in place of the copula, or in front of the indicator in the present perfect tense. Here is a list of indicators and their negative form. : :"I ain" is usually contracted to "Ah'n". e.g "Ah'n see she dis evening" means "I didn't see her this evening".

Some of the common Bajan proverbs are listed below.

Although most words in Bajan Creole are English in origin, many words are borrowed from West African languages. The largest portion contributed to Bajan is from the Igbo language. ; wunna: You all from the Igbo language, Igbo word , which means you (plural). ; obeah: From Igbo , 'doctoring, mysticism, or oracle'. ; Bim: From Igbo , 'my place, people, kindred', common nickname for Barbados ; de, deh: From Igbo , 'present in' ; eye-water: calque from (eye + water), tears ; duppy: From Twi . ; Cou-cou: Part of the local national dish, but comes from "Fou Fou" in Africa. ; nyam: (Pronounced "ng-yam" or "yamm") Means to eat ravenously or greedily, as in "Don't yamm the food like that boy!" – In Manjak language, Manjaku (language spoken in Guinea-Bissau) and in Pulaar it means 'to chew' (pronounced "nyam"); it also means 'chew' in Luo languages, Luo (language spoken in East Africa). ; jook/juk: From the Fula language, Fula word 'poke, spur' ; soso: From the Igbo language word 'only' ; hard-head: From , (head + hard, strength), 'obstinate'