The ''Australian Poultry Standards'' is the official breed standard for poultry fancy in Australia. It is the standard of perfection from which all poultry in Australia is supposed to be judged when exhibited at poultry shows. It is published by Victorian Poultry Fanciers Association, the peak body for poultry in Victoria and agreed to by all other state peak bodies.

The ''Australian Poultry Standard'' classifies all chicken breeds as either hard feather or soft feather, and then further divides them into the bantam or standard size. Breeds which have less under fluff and feathers which are closer to the body fall under hard feather, such as the Old English Game and Asil. Breeds with more under fluff and softer feathers, such as the Silkie, Australorp and Leghorn, are classed as soft feather. The ''Australian Poultry Standards'' also includes standards for ducks, geese, turkeys and Guinea fowl. Ducks are divided into two classes, bantam or standard size, and all turkeys, geese and guinea fowl have only one class each. 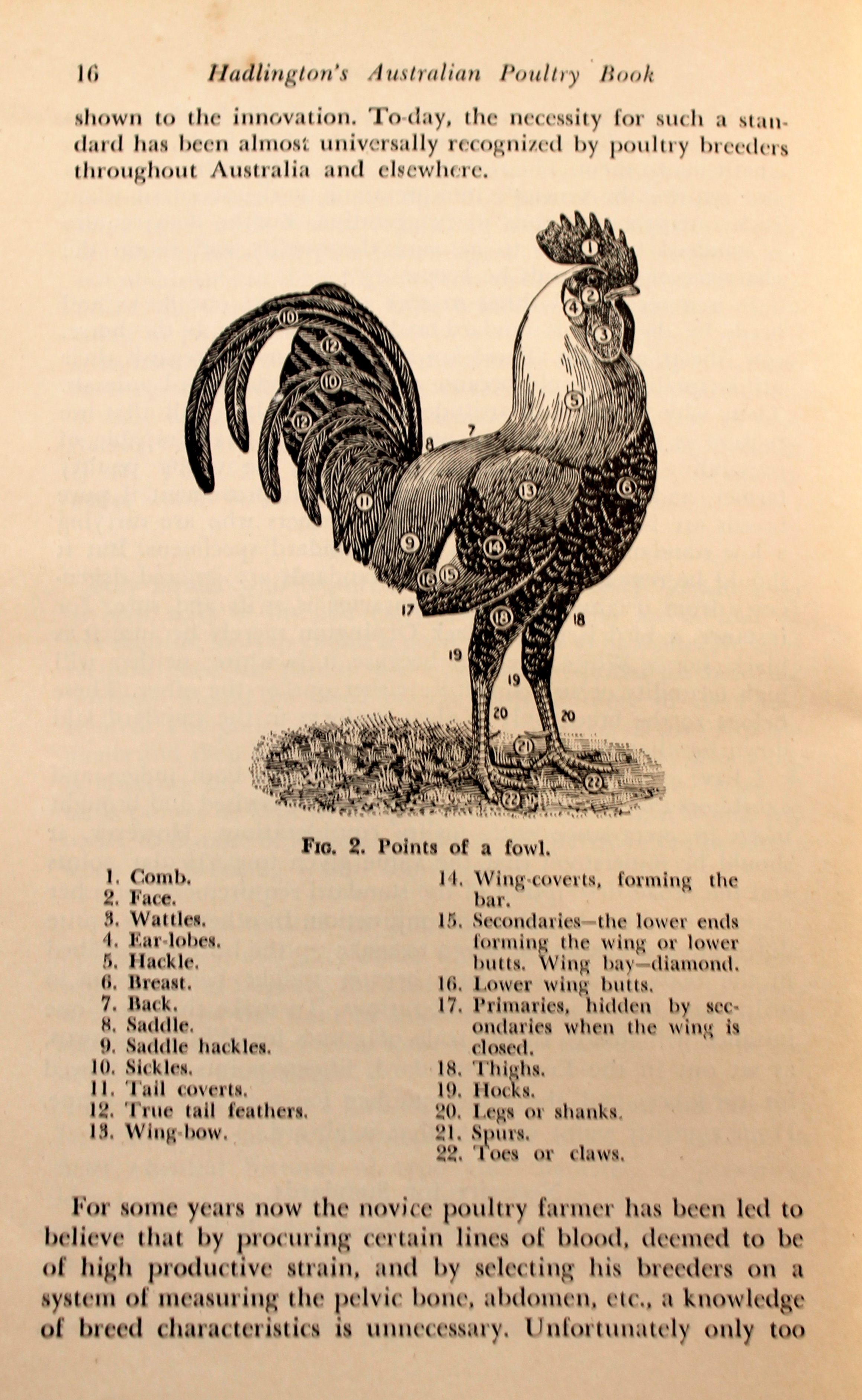 In the 1940s and earlier, other publications in Australia about poultry, such as Hadlingtons, did have some parts devoted to aspects of showing birds, were less oriented towards show standards, and more detailed about general management of poultry, in line with his earliest publication.