Click Here for Items Related To - Australian Institute of Sport


The Australian Institute of Sport (AIS) is a high performance sports training institution in Australia. The Institute's headquarters were opened in 1981 and are situated in Canberra (the capital city of Australia). The site campus is in the northern suburb of Bruce. The AIS is a division of the Australian Sports Commission; a body controlled and funded by the Australian Government.

thumb|right|AIS Corporate Services (Building 17) Two reports were the basis for developing the AIS: ''The Role, Scope and Development of Recreation in Australia (1973)'' by John Bloomfield and ''Report of the Australian Sports Institute Study Group (1975)'' (group chaired by Allan Coles). The need for the AIS was compounded in 1976 when the Australian Olympic team failed to win a gold medal at the Montreal Olympics, which was regarded as a national embarrassment for Australia. The Institute's well-funded programs (and more generally the generous funding for elite sporting programs by Australian and State Governments) have been regarded as a major reason for Australia's recent success in international sporting competitions.

A brief overview of the history of the AIS follows.

The AIS employs a number of staff who primarily work in Sports Science and Sports Medicine, which includes disciplines such as sports nutrition, performance analysis, skill acquisition, physiology, recovery, biomechanics, athlete career education, strength and conditioning, psychology, physical therapies, talent identification, and applied performance research. There are a number of sculptures located throughout the Bruce Campus, such as 'Acrobats', 'Gymnast', 'Pole Vaulter' and 'Soccer Players' by John Robinson and the 'Swimmer' by Guy Boyd. After the Sydney 2000 Olympics, two of the three sculptures - ' Gymnast' and 'Wheelchair Basketballer' - that were located on the Sydney Tower Eye prior to the Olympics were installed at the AIS. The AIS Arena is a 5,200 capacity indoor stadium which has been used for sports such as basketball, gymnastics and volleyball as well as music concerts. Directly adjacent to, but not strictly part of the Institute is the 25,000 capacity outdoor Canberra Stadium which has hosted matches of all the major forms of football played in Australia. In 2005, 2009, and 2010 the Institute won awards at the prestigious Canberra and Capital Region Tourism Awards. These awards were given in recognition of the daily public tours that are available. Each tour, which takes in several different buildings of the Institute as well as the arena and the Sportex zone, is led by an athlete currently training there. 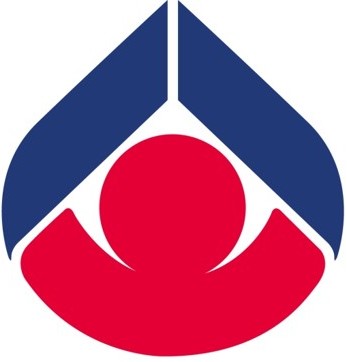 Shortly after its inception in 1981, the AIS held a competition for a symbol that would depict the AIS aim of "achieving supremacy in sport". Over 500 designs were submitted. The winner was Rose-Marie Derrico, a design student from Bendigo, Victoria. Her design showed an athlete with hands clasped above the head in recognition of victory. The colours of the logo were red, white and blue, which are the same colours as the Australian flag. On 3 February 2014, the AIS launched a new logo in line with its new direction as outlined in its Winning Edge program that was launched in 2012. Landor Associates designed the new brand and logo. The gold in the brand representing Australia's pursuit of gold.