Click Here for Items Related To - Australian Bureau of Statistics 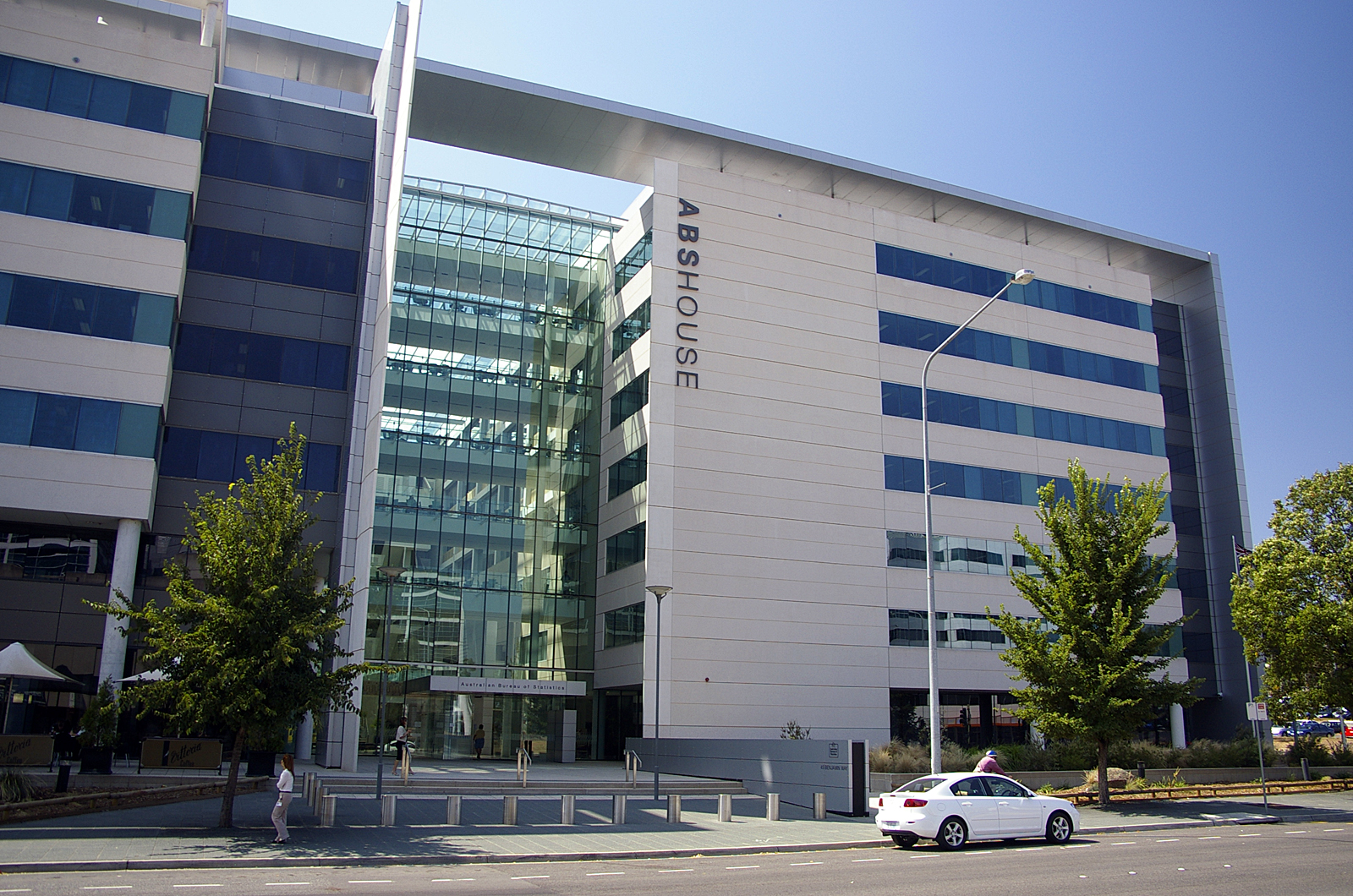 The Australian Bureau of Statistics (ABS) is the independent statutory agency of the Australian Government responsible for statistical collection and analysis, and for giving evidence-based advice to federal, state and territory governments. The ABS collects and analyses statistics on economic, population, environmental and social issues, publishing many on their website. The ABS also operates the national Census of Population and Housing that occurs every five years.

In 1901, statistics were collected by each state for their individual use. While attempts were made to coordinate collections through an annual Conference of Statisticians, it was quickly realised that a National Statistical Office would be required to develop nationally comparable statistics. The Commonwealth Bureau of Census and Statistics (CBCS) was established under the Census and Statistics Act in 1905. Sir George Knibbs was appointed as the first Commonwealth Statistician. Initially, the Bureau was located in Melbourne and was attached to the Department of Home Affairs. In 1928, the Bureau was relocated to Canberra and in 1932, it moved to the Treasury portfolio. Initially, the states maintained their own statistical offices and worked together with the CBCS to produce national data. However, some states found it difficult to resource a state statistical office to the level required for an adequate statistical service. In 1924, the Tasmanian Statistical Office transferred to the Commonwealth. On 20 August 1957, the NSW Bureau of Statistics was merged into the Commonwealth Bureau. Unification of the state statistical offices with the CBCS was finally achieved in the late 1950s under the stewardship of Sir Stanley Carver, who was both NSW Statistician and Acting Commonwealth Statistician. In 1974, the CBCS was abolished and the Australian Bureau of Statistics (ABS) was established in its place. The Australian Bureau of Statistics Act in 1975, established the ABS as a statutory authority headed by the Australian Statistician and responsible to the Treasurer.

The ABS purpose is to "inform Australia's important decisions by partnering and innovating to deliver relevant, trusted, objective data, statistics and insights". The ABS values work in conjunction with the broader Australian Public Service (APS) values and include impartiality, commitment to service, accountability, respect and ethical behaviour.

From 2015 an investment of $250 million over five years by the Australian Government is being used to modernise ABS systems and processes, with the aim of delivering the best possible statistical program in more efficient and innovative ways.

Census of Population and Housing

The ABS undertakes the Australian Census of Population and Housing. The census is conducted every five years under federal law and the Constitution of Australia. The last Australian census was held on 9 August 2016 and was the 17th national census. Statistics from the census were published on the ABS website on 27 June 2017. The census is the largest statistical collection undertaken by the ABS and one of the most important. The census aims to accurately measure the number of people and dwellings in Australia on census night, and a range of their key characteristics. This information is used to inform public policy as well as electoral boundaries, infrastructure planning and the provision of community services.

A move was undertaken by the ABS to largely implement the census online through their website and logins rather than through traditional paper forms. The 2016 census was unavailable for 43 hours from 7.30 pm on 9 August due to a series of events which prompted the ABS to take the form offline. The Chief Statistician, David Kalisch, said the website was closed after multiple internet (distributed) denial-of-service attacks targeted the online form. The Australian Signals Directorate (ASD) confirmed the incident was a DDoS attack and that it did not result in any unauthorised access to, or extraction of, any personal information. The online census web page was back up at 2:30 pm on 11 August. A Senate inquiry was held into the census events. An independent panel established by the Australian Statistician to quality assure the data from the 2016 census found it was fit for purpose, comparable to previous Australian and international censuses and can be used with confidence.

The ABS has an extensive work program covering a vast range of topics, and releases several hundred publications yearly. Topics include: * Economy * Industry * People * Labour * Health * Environment * Snapshots of Australia. The ABS previously published the ''Year book, Australia'', available on the ABS site under various ISSNs and title iterations (Commonwealth yearbook, Official yearbook of the Commonwealth of Australia). It was first published in 1908, and ceased in 2012.

The ABS publishes a suite of monthly and quarterly economic publications that are part of the core of the organisation's work program. These statistics are integral to the functioning of Australia's economy and impact areas such as interest rates, property prices, employment, the value of the Australian dollar, commodity prices and many more areas. Popular publications include:
Key Economic Indicators

Labour Force
Other major publications Outside the main economic indicators, the ABS has a number of other major publications covering diverse topics including: * Health: The 2011–12 Australian Health Survey was the most comprehensive survey on health and wellbeing ever conducted in Australia. For the first time, the survey also included a biomedical component with respondents having the option of providing biomedical samples such as blood and urine for testing. This allowed the survey to capture detailed health information from Australians such as the prevalence of conditions such as diabetes in the community. Many individuals were subsequently informed that they had medical conditions they were not aware of prior to testing. Another component of the Australian Health Survey asked respondents to keep a food diary which was then used to obtain a rich picture of the nutritional intake and dietary preferences of the nation. * Crime: The ABS publishes a suite of crime publications including individual releases covering offenders, crime victims, the corrections system and prisons. * Demography: The ABS publishes a number of demography releases including data on population, population growth and projections, interstate and overseas migration, births, deaths and overseas arrivals and departures. * Aboriginal and Torres Strait Islander statistics: The National Aboriginal and Torres Strait Islander Social Survey (NATSISS) collects information on the social situation of Indigenous Australians, including on health, education, culture and labour force participation. The ABS also collects data related to Aboriginal and Torres Strait Islanders through the Australian Health Survey as well as in many other regular publications in the areas of demography, education, employment and more. * Education: The major education publications are Childhood Education and Care, Schools, and Education and Work. They look at all aspects of education in Australia from preschool up to undergraduate and postgraduate study. * Environment: The ABS has a comprehensive range of publications on environmental topics covering energy and water use, conservation activities undertaken by households, land management and farming and more. The innovative Land Account publication covering the Great Barrier Reef and utilising Google Maps technology was released in 2011. * Research and Innovation: The ABS has been undertaking surveys to collect estimates from Australian organisations regarding expenditure on and human resources devoted to research and development (R&D) in Australia since 1978. The results allow the nature and distribution of Australia's R&D activity to be monitored by government policy analysts and advisers to government, businesses and economists. In August 2017 the Treasurer issued a direction to the ABS to undertake a statistical collection into the views of Australians on the electoral roll about same sex marriage. This is now referred to as the Australian Marriage Law Postal Survey.

The ABS engages in international and regional statistical forums including United Nations Statistical Commission (UNSC), Organisation for Economic Cooperation and Development (OECD) Committee on Statistics and Statistical Policy (CSSP), and United Nations Economic Commission for Europe (UNECE) Conference for European Statisticians (CES). The ABS has a partnership with DFAT to deliver statistical and institutional capability building programs for the Indo-Pacific region, both in-country, and by hosting development visits. The ABS has also hosted international development and study visits from countries including China, Japan, Canada, Korea, and Nepal.

Since 1975, the head of the ABS has been known as the "Australian Statistician". Previously, the office was titled the "Commonwealth Statistician". The incumbent since 11 December 2019 is David Gruen. Previous incumbents have included David Kalisch and Brian Pink. Pink retired in January 2014. Ian Ewing acted in the role from 13 January to 14 February 2014, and Jonathan Palmer acted from 17 February to 12 December 2014.